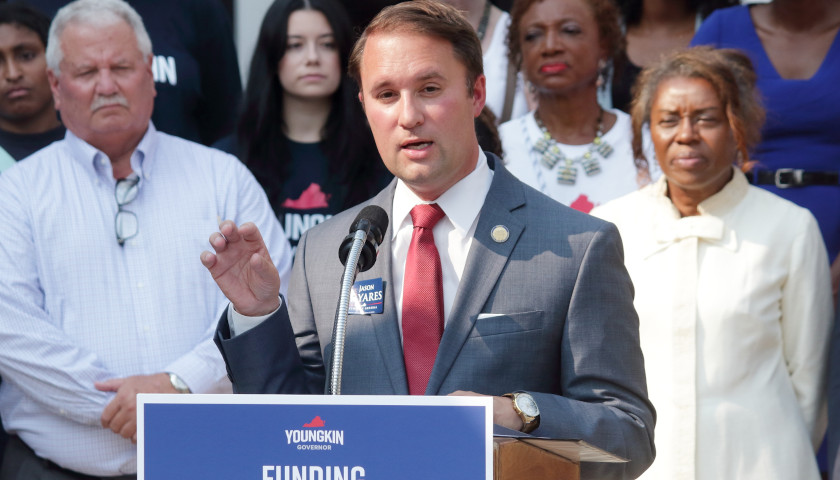 “Thanks to the McAuliffe-Northam failures, the murder rate in Virginia is at a 20-year high. Our economy has fallen behind, jobs have come back slower, and our cost of living is way too high. Our schools are underperforming, and as a result, taxpayers, families, seniors, and our children are suffering,” Youngkin said. “The change we need will not come from a failed politician with stale ideas that he failed to deliver when he had his chance as governor.”

Governor Ralph Northam has spent the week announcing his spending proposals for the nearly $4.3 billion in ARPA funds to be allocated in a General Assembly special session beginning on Monday. His investment week announcements include some overlap with Youngkin’s proposals, including money for the unemployment insurance (UI) fund, spending on behavioral health, and law enforcement spending. Northam’s announcements so far have also included spending on HVAC for schools and water quality improvement.

Youngkin emphasized a need for spending on businesses, school choice, and protecting communities.

“Today I’m offering my priorities for investing in all Virginians, by using the surplus and the [ARPA] funds to provide Virginians tax relief, reinvigorate our job machine, reestablish excellence and empower parents in Virginia’s classrooms, and rescue public safety and our mental health system,” he said.

The taxpayer and family relief funding would provide $300 in one-time tax refunds to Virginia taxpayers and include a one-year suspension of gas tax hikes. Youngkin’s jobs, small business and broadband funding includes the UI fund, a one-year tax holiday for small businesses with less than 50 employees on the first $250,000 of their income, universal broadband, and infrastructure.

His education proposal includes $500 for every public school student so parents can pay for learning loss recovery and counseling. He also called for creating 20 innovation schools, citing a lack of charter schools. The plan also calls for resources for historically black colleges and universities, supporting workforce pipelines, and investing in infrastructure and teacher shortages. 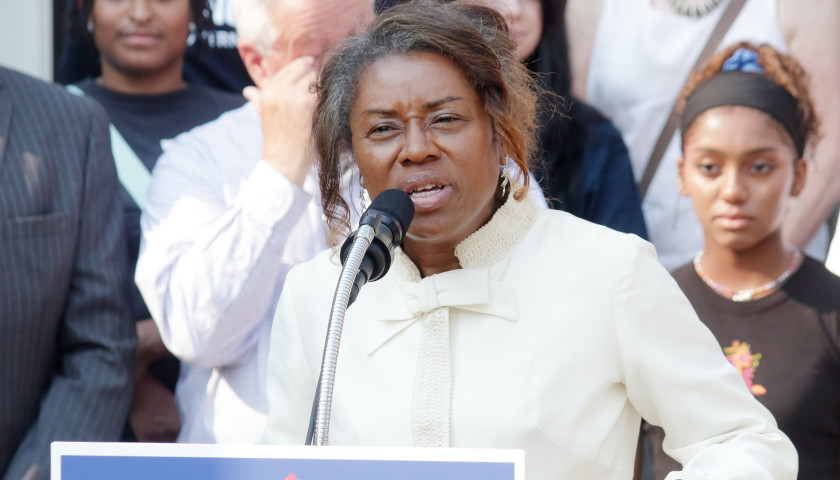 He criticized General Assembly Democrats for not allowing member amendments to Northam’s allocation proposals in the upcoming special session.

“Here we see our legislators being convened next week for a special session,” he said. “Friends, there’s $5.8 million that needs to be invested in Virginia’s future, in all Virginians.”

When asked if he would go through the full budget process for handling similar packages when he is in office, Youngkin said, “You have to have the legislature fully engaged. And that’s what this is about, and actually having single-party rule where decisions are made with no discussion.”

“There is hope and a future for our children because we have a governor who is going to spend the money wisely, ” Sears said. ” A man who has run a business very efficiently, so efficiently in fact, that the other former governor, Mr. McAuliffe, has given him money to invest on his behalf. No greater endorsement than that.”

On Thursday, Northam recommended that all Virginians should consider wearing masks in indoor public settings in keeping with new CDC guidance. Reporters asked if Youngkin would consider mask mandates or business closures.

“I’m constantly going to watch the science, I am an engineer by trade, and, candidly, unlike my opponent,” Youngkin said.

But he said, “The science is unclear right now. The CDC seems to change its mind every week.”

He called for schools to be open five days a week.

Youngkin said, “We can figure this out. We can watch over lives and livelihood at the same time.”

– – –
Eric Burk is a reporter at The Virginia Star and the Star News Digital Network. Email tips to [email protected]
Photos by Eric Burk.