In an approximately two-minute campaign launch video, Wheeless highlighted her family background, including that her grandparents immigrated to the U.S. from Mexico.

She also points out her history as a small business leader, fighting for lower taxes and fewer regulations throughout the state.

Excited to announce that I am running for the U.S. Congress in AZ-9. Let’s take back the House and bring much-needed common sense to D.C. America is the land of opportunity – let’s keep it that way! #TanyaForAZ #TeamTanya pic.twitter.com/nwyg083KKd 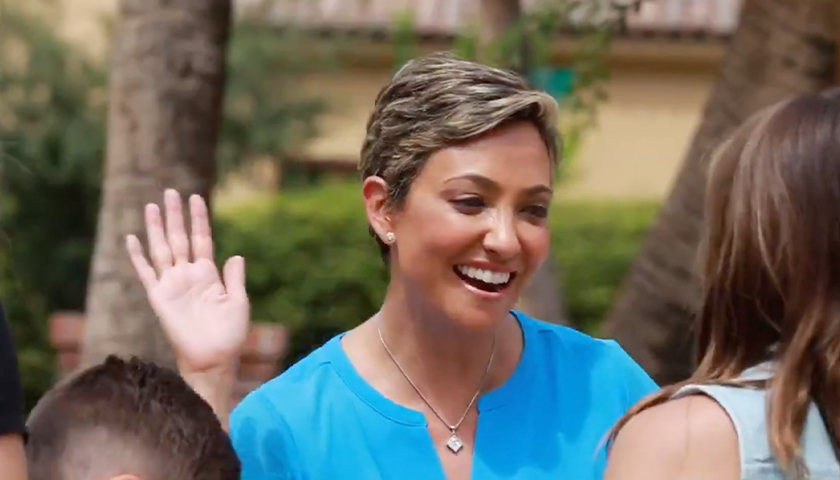 According to her campaign website, Wheeless will focus on a host of issues throughout her bid for the Republican nomination. However, the first issue listed is border security.

“An open border policy is not the American way. It’s time that we put our faith in leaders who we can trust to put solutions over politics and make decisions that keep us safe, while also responsibly giving others a shot at the American Dream,” she said on her website.

Furthermore, Wheeless says that a strong stance must be taken in order to support law enforcement officers, specifically in light of the “defund the police” movement.

“Our men and women in blue put their lives on the line to protect our communities, and over the last year their sacrifices have been taken for granted. While we cannot tolerate officers who dishonor the badge, we should not defund our police, we must defend them,” she added.

If she is successful in her quest for the Republican nomination, Wheeless would face incumbent Representative Greg Stanton (D-AZ-09).

However, unless the district is altered in the upcoming redistricting process, Stanton will likely be favored in an upcoming general election. In 2020, Stanton defeated Republican Dave Giles by approximately 25 points. He also won by a similar margin in 2018.

Cooper Moran is a reporter for The Star News Network. Follow Cooper on Twitter. Email tips to [email protected]
Photo “Tanya Wheeless” by Tanya For Arizona and photo “Arizona Capitol Museum” by Gage Skidmore CC BY 2.0.