BLOOMINGTON, Minnesota – Around 75 protesters gathered at the scene of the Bloomington Pride Festival on August 14 at the Bloomington Civic Plaza. The city-sponsored pride festival had been the subject of scrutiny from taxpayers who disagreed with the use of government money and were opposed to the sexualization of children at an event that was advertised for all ages.

Bloomington Patriots, a Facebook group, discovered that the drag performer, Martina Marraccino, who had been hired for the children’s drag storytime was a gay, satanist, pedophilic, pornographer.

As the result of the investigation conducted by Bloomington Patriots and Becky Strohmeier, the city did cancel the performance of Marraccino for the children’s drag storytime and replaced her with a drag queen called Crystal Belle.

Those opposed to the event argued that it should not be advertised as an event for all ages and it should not be sponsored with taxpayer dollars. One person commented that people wouldn’t want the city to pay a preacher to have an event, comparing that to the pride festival where the city was paying drag performers to come.

Bloomington Patriots organized the protest in a Facebook event called, “No drag with our dollars.” The event description reads, “Tax dollars are being used not only for Bloomington Pride but they have hired Drag Queens and more, for children’s shows and the City Human Rights Director sits on the planning committee while she publicly chastises other events like backing law enforcement!”

Some festival-goers stood with signs saying things like, “Free mom hugs.” Another person yelled, “Jesus was gay.” Drag queens walking around on stilts could be seen throughout the festival, with attendees of all ages. 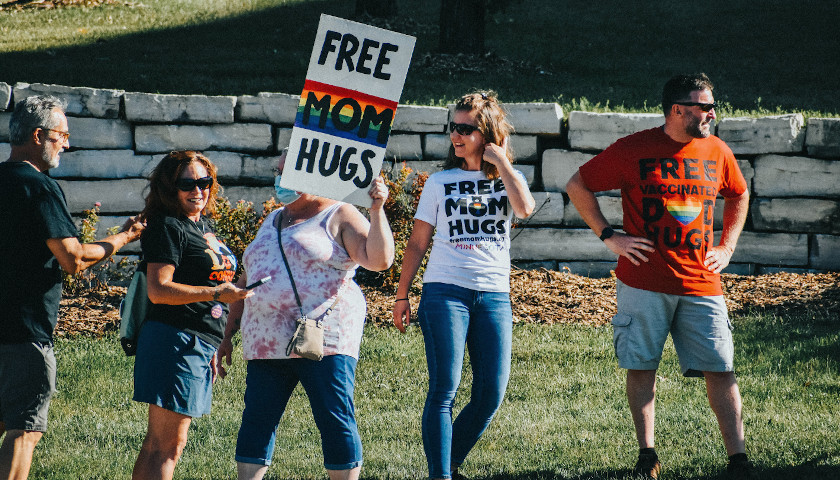 Bloomington City Council member Jenna Carter was seen at the festival talking with some police officers who were monitoring the scene. 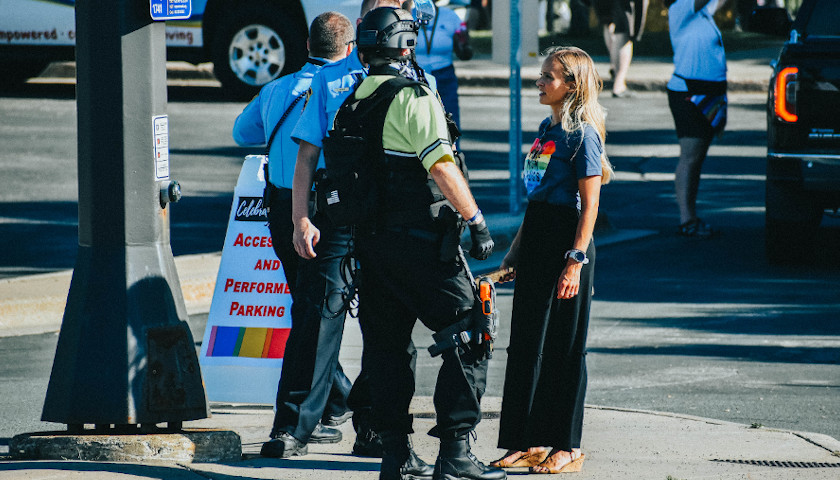 Just prior to the festival, Carter posted on Facebook inviting people to join her and her family at the event. Carter wrote, “To me, the Pride Festival in Bloomington is about showing everyone who identifies as LGBTQ+ in our city that they are loved, accepted, and celebrated for all they are.”

On multiple occasions, the protesters chanted, “Hey, you, strippers, leave our kids alone.” Several street evangelists were also protesting and preaching through megaphones. The protesters were also holding signs saying things like, “Why would a man dress like a woman to entertain children?” and “Jesus said, if you love me you will obey my commands.” Others said, “Drag queen storytime is perverted.” 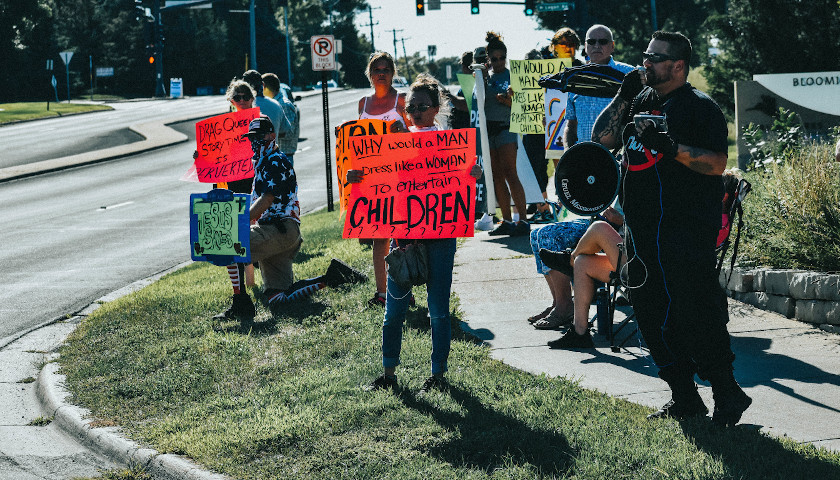 The protesters had several people designated to provide security who were openly armed. Many of the protesters also had their faces covered. One protester told The Minnesota Sun that he or she did that to prevent Antifa from doxxing their identity. The protester shared that after attending similar protests, photos of him or her at the protest had been emailed to their pastor.

Several altercations took place between protesters and festival-goers. One altercation began when a black woman wearing a “Black Lives Matter” shirt marched across the street to confront the street evangelists who were preaching through megaphones. The woman yelled at the protesters to, “Get the f— out of here with this s—.”During one altercation, a man wearing a tie-dye “Black Lives Matter” shirt allegedly brandished a firearm. 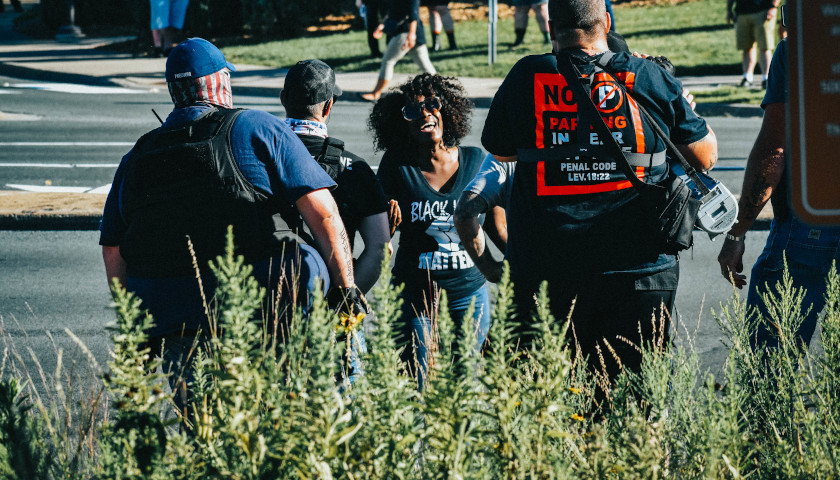 The protesters also got a variety of responses from those who were driving past. Some honked and gave a thumbs up while others flipped them off and yelled expletives. Most of those walking into the festival ignored the protesters, but a handful of them yelled at them and told them to go away and flipped them off, calling them “homophobic.” 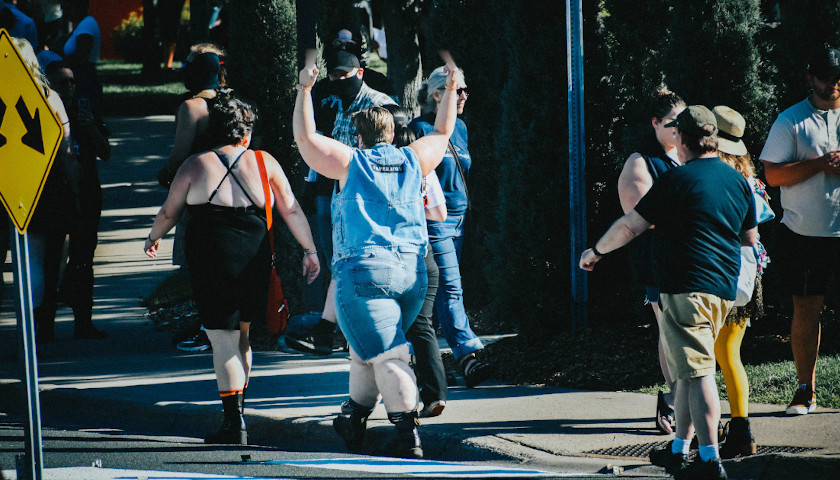