Tennessee Governor Bill Lee’s executive order granting public school students the right to opt out of COVID-19 mask mandates has prompted Nashville and Memphis school administrators to announce they will not comply with Lee’s latest directive.

“This order was a compromise that still allows school boards to ensure the health and safety of their students while recognizing the rights of parents to decide what is best for their children,” McNally wrote. 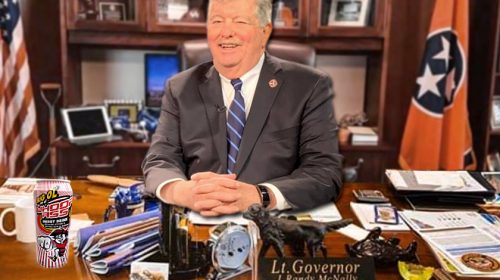 “The governor and the General Assembly cannot and will not allow lawful orders to be defied. If these systems persist in resisting the order, we will have no choice but to exercise other remedial options.”

An unnamed state legislator, talking to The Tennessee Star on Tuesday, said the following:

“Speaker McNally’s response sounds like he’s about to open a can of whup-ass on Davidson and Shelby counties.”

Another person with extensive state legislative experience — and who is one of McNally’s long-time friends — said “it must really have taken a lot for him to make such a strong threat, because that’s not Randy’s traditional style.”

“It just simply shows how ticked off he is,” the person said.

“I would argue that after 18 months we should not still be ruled by executive orders and, like I stated in my proclamation, the General Assembly should have had the courage to take this on,” Ogles told The Star.

“That is why I put out the proclamation — to put an end to the governor’s abuse of executive powers and protect all children from masks and protect all Tennesseans from any type of forced vaccination.”

SCS Superintendent Joris M. Ray tweeted Monday that he and his school board members were consulting with their general counsel to review the legalities of Lee’s executive order.

“In the meantime and in alignment with @ShelbyTNHealth Order No. 24, MASKS ARE REQUIRED for all employees, students, and visitors in our schools and offices,” Ray wrote.

MNPS Director of Schools Adrienne Battle said Monday that she and other school system administrators will continue to mandate face masks.

“To allow anyone to opt out of these policies for any reason, other than legitimate medical need, would make them ineffective and would require more students to be quarantined and kept out of the classroom,” Battle wrote on the MNPS’s website.

Lee’s executive order says that a student’s parent or guardian has the right to opt out of any order or requirement for a student in kindergarten through the 12th-grade to wear a face covering at school, on a school bus, or at school functions. To do so they must notify staff members at their local education agency or their student’s school — and in writing.

“Any law, order, rule, regulation that would otherwise limit the enforceability of this order is hereby suspended,” according to Lee’s order.