Jones announced his candidacy at a conference center at Indian Springs State Park. 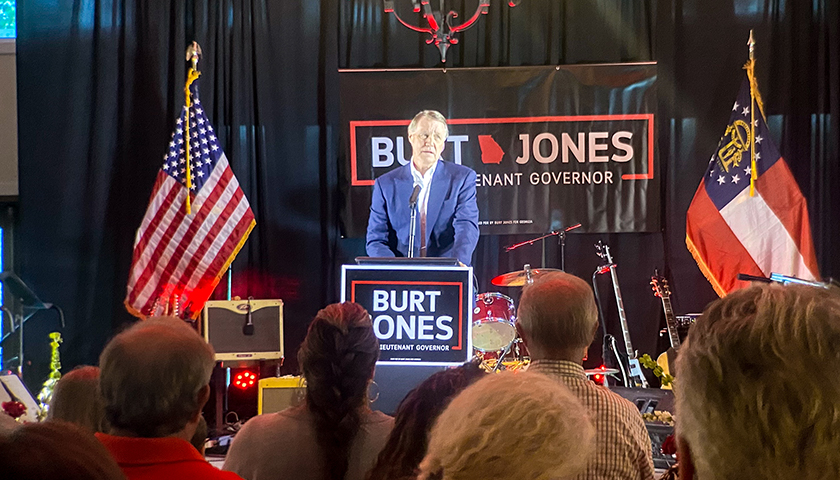 “I am the only consistent conservative that is going to be in this race. I am going to be an underdog too, going up against someone with all the lobbying and special interest groups behind him. That’s fine,” Jones said.

“But because I am the only consistent conservative in this race, the only problem with that is sometimes I have to stand alone. Sometimes I have to stand up to both parties. But if you see me standing up or speaking out against something it’s because I am doing it for you. I have never forgotten about my hometown roots or where I came from. I never forgot about the people who put me in this position to represent them.”

Jones said his four priorities, if elected, include the following:

• Provide more resources to recruit, retain, and promote the state’s law enforcement agencies and to no longer “allow cops to be punching bags by the media.”

• Address problems with K-12 education and give power back to the parents and give them more choices and say in their child’s schooling.

• Bring integrity back to the state’s elections process.

“I didn’t get into politics for ambition, but I am sticking in politics because of anger and frustration. I see so much potential for this state, but I see very little leadership.” 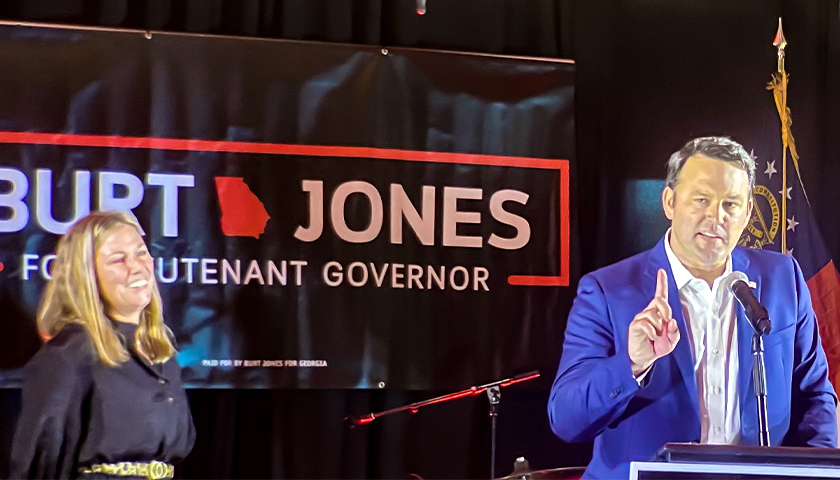 Jones said earlier this month he feels “real good” about getting an endorsement from former U.S. President Donald Trump.

The Georgia Star News asked Jones at the time if he knows something about a possible Trump-backing that he has not yet publicly disclosed.

“I just feel real good about it,” Jones said.

Jones and State Sen. Brandon Beach (R-Alpharetta) said state leaders stifled their efforts to have a special session to address voter irregularities late last year. Both men learned in January they would not chair committees over which they previously presided. Jones would no longer chair the Committee on Insurance and Labor.

Jones said at the time that Insurance and Labor is “one of a handful of A-list chairmanships.” Jones said losing that position disappointed him, but he also said he took the news in stride.

“It doesn’t take long to connect the dots,” Jones said in January.

“There were a few of us fighting for election integrity. And it just so happens that the ones who were doing that no longer have their chairmanships.”

Current Georgia Lieutenant Governor Geoff Duncan declared in May he would not seek a second term.