Shana Chappell, the mother of U.S. Marine Kareem Nikoui who was killed in the deadly terrorist attack in Afghanistan, slammed President Joe Biden for his response to the families of the fallen soldiers. 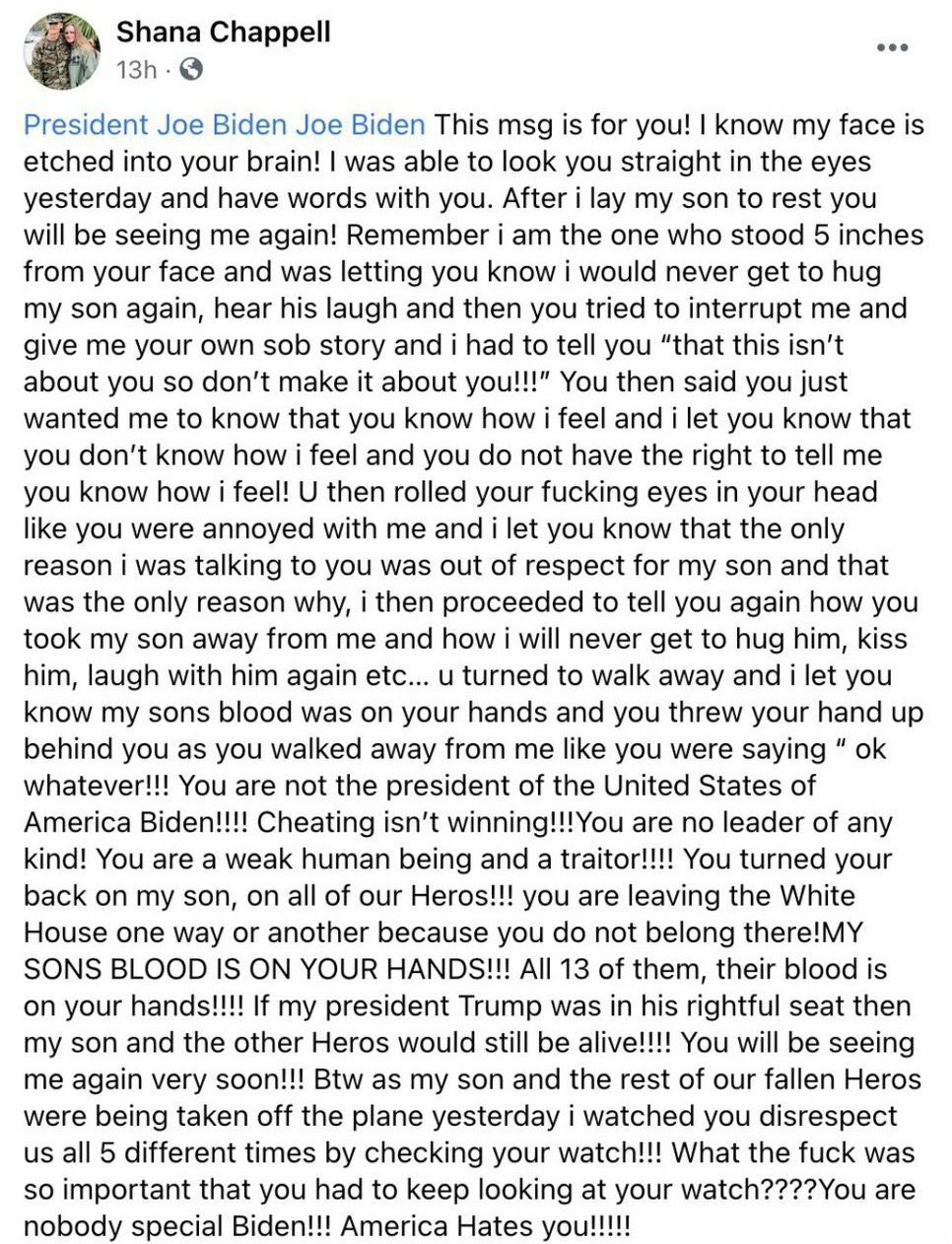 In a social media post, Chappell called out Biden for “disrespect,” describing that Biden repeatedly checked his watch as the bodies of the victims of the deadly explosion were carried off a plane.

“After I lay my son to rest you will be seeing me again!” Chappell said in a post in which Biden was tagged. “Remember I am the one who stood five inches from your face and was letting you know I would never get to hug my son again, hear his laugh and then you tried to interrupt me and give me your own sob story.”

According to Chappell, after Biden interrupted her, he rolled his eyes and threw his hand up as he walked away.

However, Chappell is not the only family member of the slain military members that expressed frustration over Biden’s reaction.

According to a report from the Washington Post, the family of Marine Corps Lance Cpl. Rylee McCollum described their conversation with Biden as “scripted and shallow,” adding that the conversation demonstrated “total disregard to the loss of our Marine — our brother, son, husband and father.”

In Chappell’s social media post, she went on to blame Biden for the loss of her son. “You are no leader of any kind! You are a weak human being and a traitor,” she said.

“Shana, you are 100% correct. If I were President, your wonderful and beautiful son Kareem would be with you now, and so would the sons and daughters of others, including all of those who died in the vicious Kabul airport attack. Civilians should have been brought out first, along with our $85 billion of equipment, with the Military coming out very safely after all was clear. I love you, and I love Kareem,” he said in a statement.