FRANKLIN, Tennessee – The Williamson County Voters for Election Integrity citizen group presented solutions to restore trust in county and statewide elections in Tennessee that was damaged in the November 2020 election, in large part due to the actions of others in different states.

It has been an effort, one of the organizers and a grassroots leader Kathy Harms said “that was a labor of love.” (pictured seated above with Frank Limpus)

The Wednesday evening meeting was held in a community building located within the West Haven subdivision in Franklin with about 60 people in attendance, about two-thirds of whom were women. 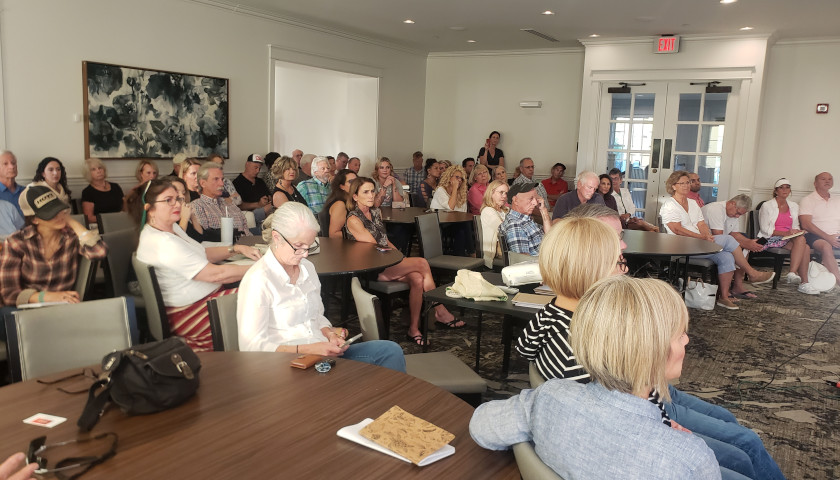 The presentation included around 30 information-dense slides presented by several of the team members and was reflective of their professional backgrounds, went for about an hour and was followed by a half hour question and answer period.

While the group focused on what to do going forward to ensure election integrity, it was obvious from the outcry of attendees after the presentation that the sentiment is strong for a full forensic audit of the 2020 election in Tennessee.

This, despite the fact that Donald Trump won the November 2020 election in Tennessee with more than 60 percent of the vote, besting Joe Biden by more than 20 percent.

To get to the point of being able to propose solutions, the group reviewed reports on a variety of election-related topics, including voting machines, ballots, voting processes, nullification of legislators and voting laws, court cases, affidavits, documentaries, and Big Tech and Main Stream Media censorship.

They also interviewed poll workers, attended meetings where elected and non-elected government officials spoke on elections and have presented their findings to Tennessee Secretary of State Tre Hargett, Tennessee Coordinator of Elections Mark Goins as well as members of the state legislature.

The team concluded that the issues, including security risks caused by voting machine vulnerabilities, overconfidence in a weak, limited auditing process of just one of the three functions and dependency on the software vendor that were found in Williamson County are probably similar across the state.

Attendees were shocked to hear that the election in more than 70 percent of Tennessee counties cannot be audited, because no paper ballots are used.  In fact, even the voter is unable to verify their own election choices, due to the use of DRE’s or Direct Recording Electronic voting systems.

With DRE’s, voters make their election choices via a ballot display by pressing buttons or a touchscreen without a voter-verified paper audit trail (VVPAT) in 67 of Tennessee’s 95 counties.

According to Verified Voting, just over 7 percent of registered voters nationally live in jurisdictions using DRE’s without VVPAT, and only Louisiana has more voters – at 100 percent – than Tennessee subject to this least-desirable voting method.

4.      Optical scanners for self-adjudication and tabulation 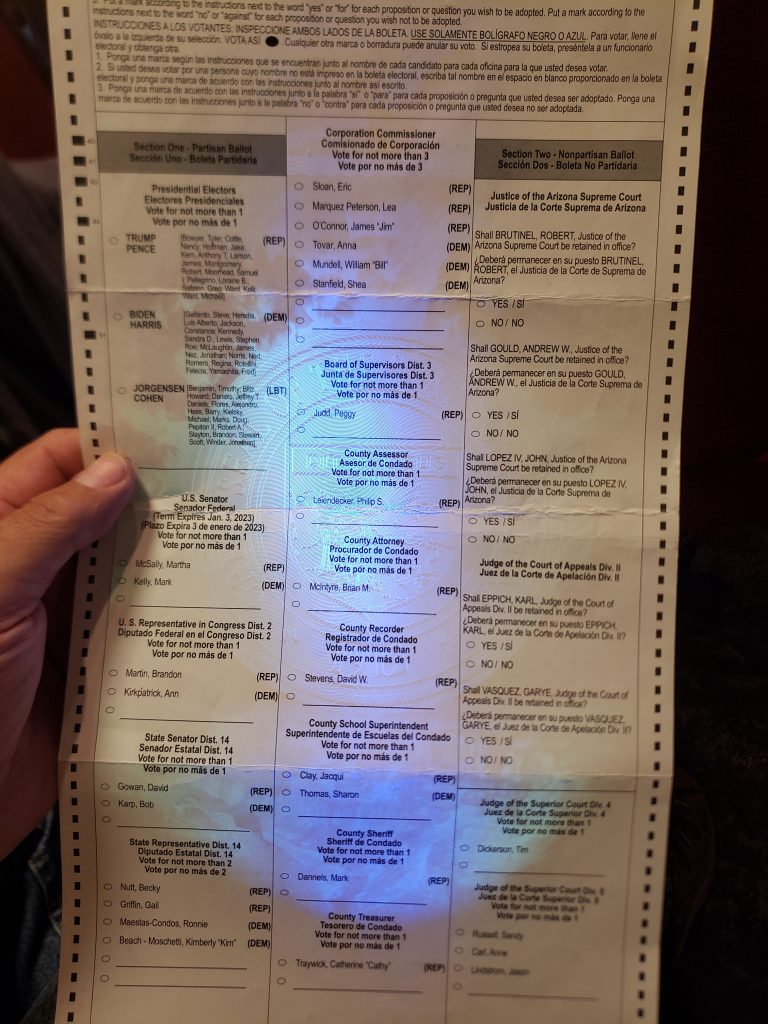 The presentation went on to explain in greater detail the specifics of each recommendation for the model as well as elaborating on what the group’s studies over the past 10 months revealed to prompt their recommendations.

The goal of the team’s comprehensive model is to ensure best practices are employed from end-to-end on a statewide basis through three categories of solutions:  technological, process and legislative.

The specific recommendations of the Williamson County Voters for Election Integrity to meet the goal of ensuring election integrity, include:

·        Paper ballots – using the same security standards of the U.S. Treasury to prevent counterfeiting including features such as randomized serial numbers, UV light reactive watermark, embedded mylar holograms and microprinting that are hand-marked by the voter

·        Enhanced Risk Limiting Audit – with just a 1 percent audit of a random sample of paper ballots, a 99 percent confidence level on election correctness can be achieved in a 2 percent margin race

·        Operational audit – annual state audit of 20 percent of each county election commissions, so that all of Tennessee’s 95 counties would be cycled through over a 5-year period

·        Security risk evaluation – rather than a recertification of voting and registration equipment, a full evaluation should be conducted since none of the 5 approved voting machine brands used in Tennessee are certified beyond the 2005 VVSG (Voluntary Voting System Guidelines) initial standards – established 2 years before the first smart phone was invented – even though there were updates in 2015 and 2021.

The slide presentation made by the Williamson County Voters for Election Integrity can be viewed here.

Laura Baigert is a senior reporter with The Star News Network, where she covers stories for The Tennessee Star, The Georgia Star News, The Ohio Star and The Arizona Sun Times.