NASHVILLE, Tennessee — Hundreds of Tennesseans said their displeasure with COVID-19 mandates has intensified and it’s time for Lieutenant Governor Randy McNally (R-Oak Ridge) to relent and allow a special legislative session so the state can fight back.

Those residents, along with several state legislators, rallied at Beth Harwell Plaza, near the state capitol, on Thursday. 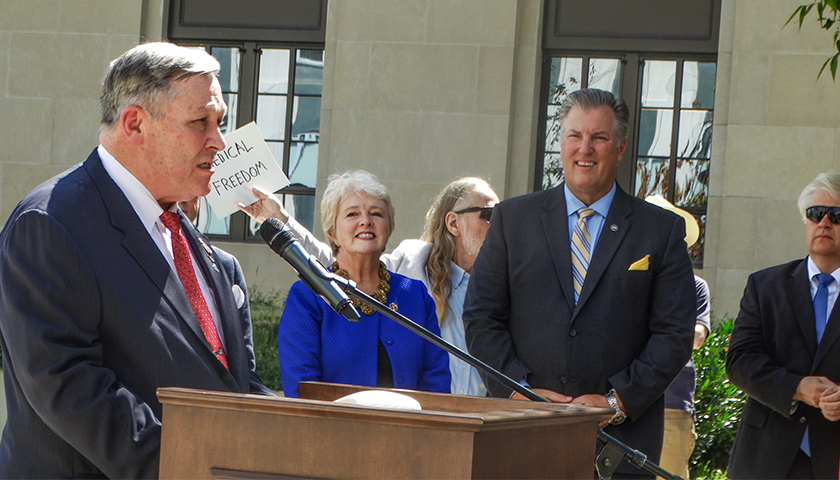 If enough members of both houses of the Tennessee General Assembly want a special session then they can have one. Tennessee Speaker of the House Cameron Sexton (R-Crossville) favors a special session. Several people at Thursday’s event said McNally is the obstacle.

McNally said earlier this month that a special legislative session was unnecessary.

“These are violations of their personal liberty and personal medical decisions,” Bowling said.

“A special session is urgent because the majority of Tennesseans are looking to us to protect their liberty.”

State Representative Scott Cepicky (R-Culleoka) later alerted the crowd to what he said was a greater danger.

“We have reached the point in escalation where the federal government is targeting the great state of Tennessee,” Cepicky said. 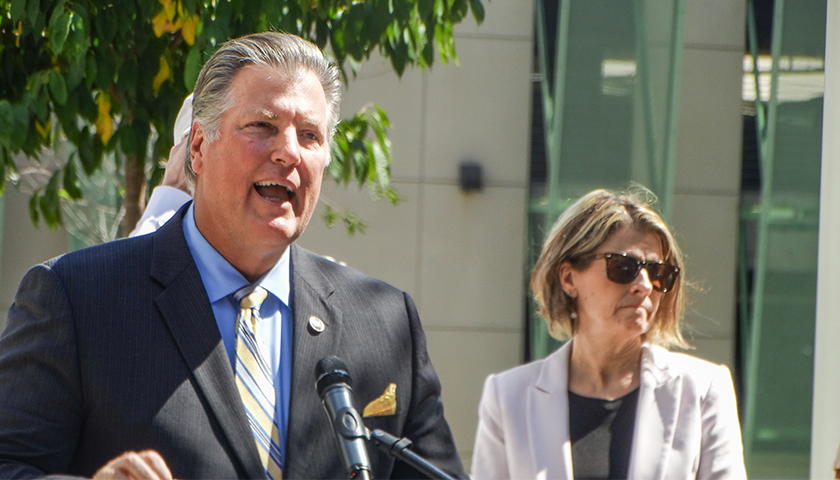 “They are rationing our Monoclonal antibodies that can save Tennesseeans. They are telling you what you have to do to your body. It’s time to say enough.”

State Representative Terri Lynn Weaver (R-Lancaster) said at Thursday’s rally that everyone must “draw a line in the sand.”

“And for such a time as this, it is our duty, it is our oath, that, we the legislative body, step up to the plate to protect our state’s rights when the federal government usurps its power. That’s why we’re here,” Weaver said.

“We are here to send a message. You sent a message to me in the hundreds of emails that I have gotten. My colleagues can attest as well.” 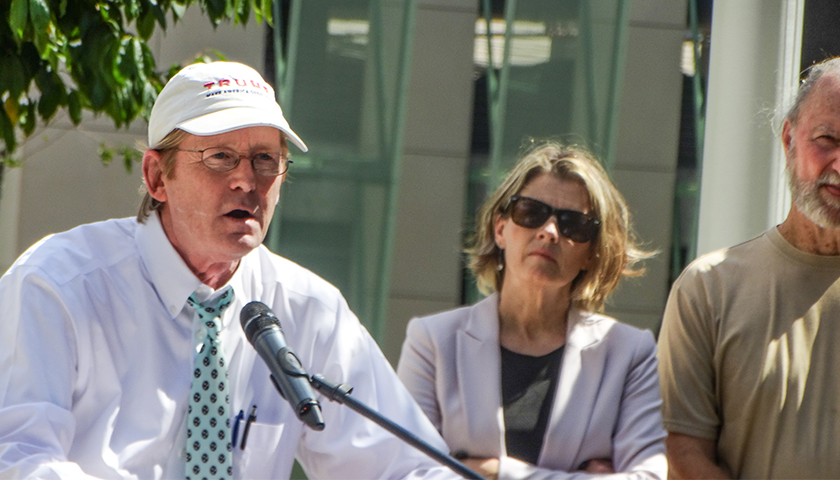 “That is not America, folks. We are better than that. We need to insist that doesn’t happen, period.”

Tennessee State Senator Kerry Roberts (R-Springfield) sent a letter to McNally this week and asked him to support a special legislative session. Roberts and other state lawmakers said they want to limit the ability of school systems and venues from issuing broad mandates relating to COVID-19.

Bowling said Thursday that when members of the Tennessee General Assembly call for a special session then there are no parameters.

“If the governor calls [for the special session] then there are parameters and, by law, he puts those there,” Bowling said.

“This involves the presiding officers — the two speakers of both houses — at the written request of two-thirds of the members of each chamber. We only need 66 in the [Tennessee] House but we have to have 22 in the Tennessee Senate. As of this morning we have 13, but that snowball is rolling.” 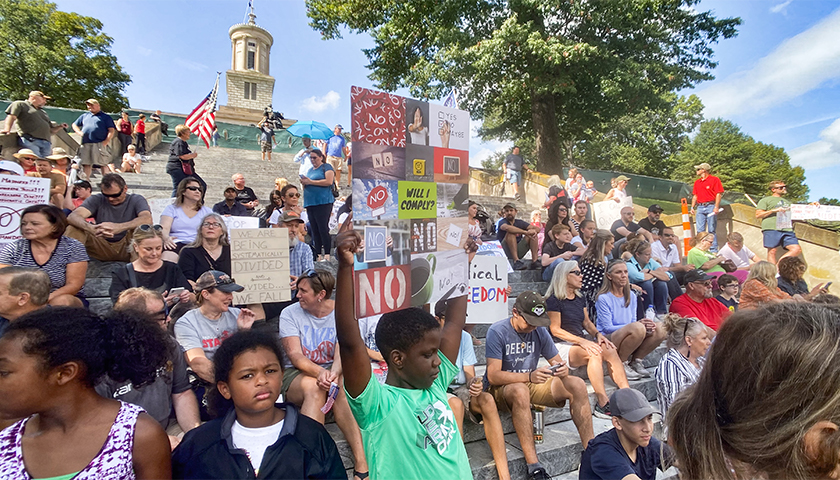 Weaver urged the hundreds of people who attended Thursday’s rally to email their state senators.