Ryne Bolick, the son of Arizona Rep. Shawnna Bolick (R-Phoenix) and Arizona Supreme Court Justice Clint Bolick, is following in his parents’ footsteps taking an interest in politics and the law. He started a chapter of Young Americans for Liberty at Arizona State University (ASU) last year, and soon afterward the club launched a petition drive to allow open carry at Arizona’s universities.

Ryne Bolick told The Arizona Sun Times that he saw a need for the change due to the alarming number of reports of rape, armed robbery, and other violent crimes on campus, which are emailed to students sometimes as often as once a week. It’s especially a problem on the downtown ASU campus due to the large homeless population. 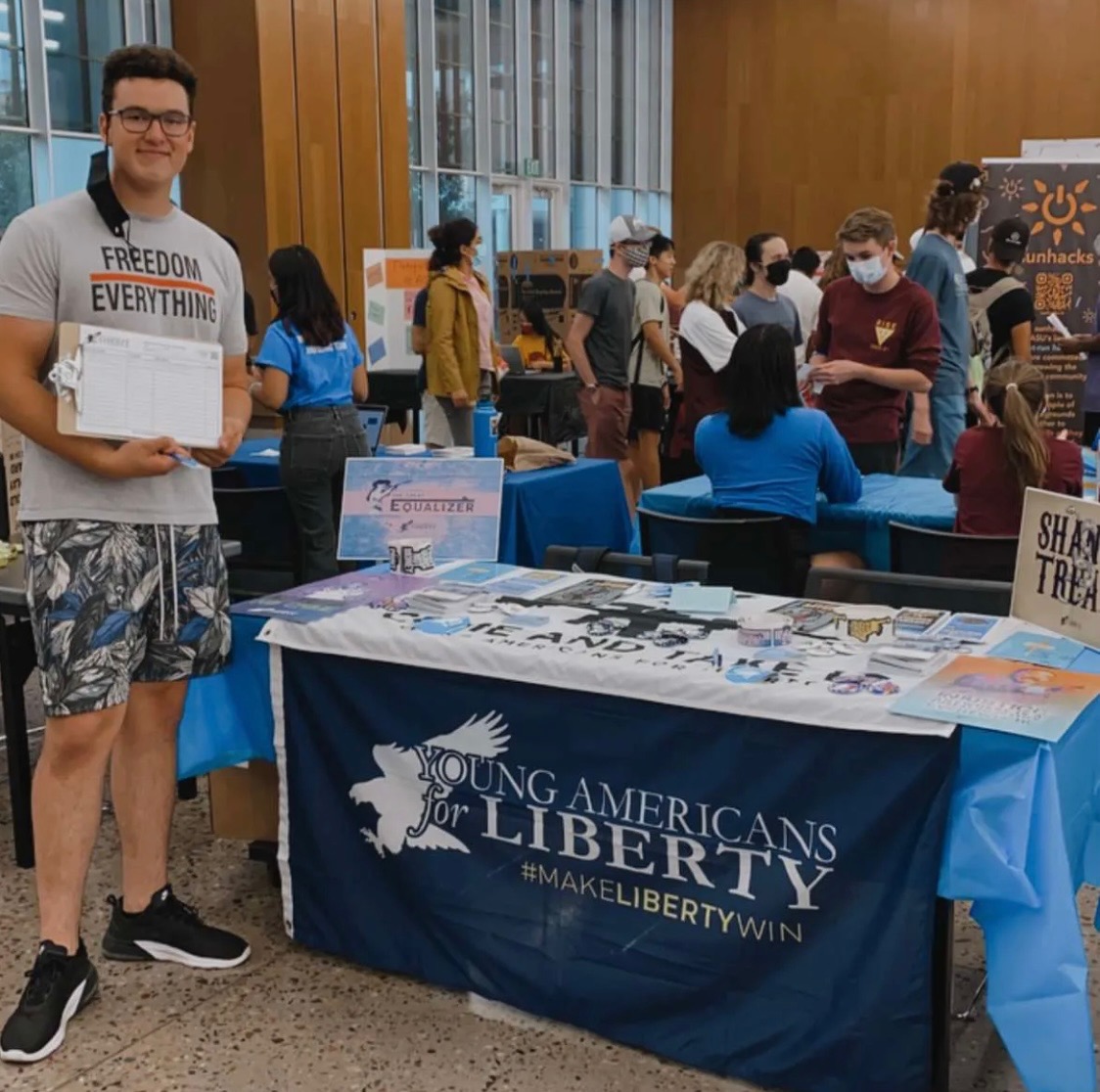 “Why do we suddenly lose our rights when we go onto public property?” he said.

He wants “the rights on campus to parallel state law; we are a constitutional carry state.”

He finds it strange that you have a right to carry across the street from the university, but “as soon as you cross the street, your rights disappear.”

Anyone can sign the petition, and as soon as the group compiles a substantial number of signatures they will present it to ASU President Michael Crowe and the Arizona Board of Regents (ABOR) requesting a change in university policy. The ban on firearms was enacted by ABOR in 1990, and the petition notes that it is vaguely written and subject to mistaken interpretations. It prohibits the “use, possession, storage, or display of any weapon” and broadly defines weapon as “any object or substance designed to (or which could be reasonably expected to) inflict a wound.” Firearms are only allowed in locked cars and must not be visible.

The petition states in part, “The fundamental right to self-defense should not be usurped by partisan college administrators, especially when they are not the ones who are generally affected by campus crime. We, the undersigned, hereby petition the president of Arizona State University, Michael M. Crow, as well as his Board of Regents, to repeal PDP 201-05 and restore the basic right to self defense.”

Ryne Bolick says states like Texas have passed legislation recently permitting firearms on university campuses. In Arizona, the legislature attempted to enact a similar law a couple of times but was narrowly defeated. Ryne Bolick said with the defeat of Republicans like former Sen. Heather Carter (R-Cave Creek), who often voted with the Democrats, the legislation may stand a better chance at getting passed in the future. However, he is focusing first at the university level and seeing if they can get that policy changed.

There have been several high-profile mass shootings on college campuses in recent years, occurring in “gun-free zones,” and some of these massacres have been stopped by civilians who intervened after retrieving a gun.

Amanda Collins, who now testifies in support of the right to carry on college campuses legislation, was raped in a parking lot on her college campus in Nevada. She had a concealed carry permit, but since the law prohibited her from carrying her firearm on campus, she did not have it on her that evening.

The Institute of Medicine and National Research Council concluded about those types of situations, “studies that directly assessed the effect of actual defensive uses of guns (i.e., incidents in which a gun was ‘used ’by the crime victim in the sense of attacking or threatening an offender) have found consistently lower injury rates among gun-using crime victims compared with victims who used other self-protective strategies.”

Alyssa Kihoi, vice president of the ASU club, told The Sun Times she became concerned about safety on campus walking around on the downtown campus, where she attends school. ASU’s campus is spread out across downtown, requiring students to walk from campus areas into the regular downtown in order to go from building to building. Female students tell her they don’t feel safe and don’t trust the police to protect them, so she is helping lead the effort “to be a voice for those women, to provide safety and security for them.”

In Arizona, people age 18 and older may purchase and carry guns. While Arizona is often considered the most Second Amendment friendly state in the country, it is not one of the 11 states that allow firearms on college campuses. However, it is one of the 23 states that do not prohibit it, so ABOR could change its policy.