Only one man in Hollywoke today could make a movie as old-fashioned, straightforward, and ultimately uplifting as Cry Macho, and trigger half a dozen progressive landmines in 104 minutes. On the surface it’s the simple tale of a broken-down old Texas cowboy who goes to Mexico City to half-rescue, half-kidnap a rich rancher’s troubled son from his nefarious ex-wife. But deep down, it’s an elegiac cinematic poem about manhood old and young, womanhood, regret, loneliness, and second chances. Clint Eastwood corrals all those wild horses on both sides of the fence, as a marvelous director and an onscreen icon — sadly the last of the latter — while bucking the politically correct wallow of his Industry peers.

For Cry Macho is a western, despite the modern trappings of cars and phones. That is a forbidden genre to Hollywoke because men are men and women are women, hard as it has  tried to inject feminism into it with pathetic results (The Quick and the Dead, Bad Girls, Godless). And if there’s any genre Clint Eastwood is a master of, it’s the western. He’s been making them off and on for 65 years. Now he’s added a fine contemporary one to his legacy.

Cry Macho presents classic elements of the form, like the hero’s odyssey through a savage land where life is cheap and law unreliable to re-civilize a youth gone native. Modern Mexico, alas, supplies this aspect, which Eastwood unflinchingly captures. Any similarity to The Searchers is not coincidental. Some 20 years ago, Ridley Scott wanted Clint to star in a remake of the John Ford classic which Scott would direct. Tempted, Eastwood pondered six months of horse riding like he could once do in his sleep, and gave Scott a typical short answer. “Can’t do it, Ridley.” Although his Cry Macho character does ride a horse, at age 91 Eastwood wisely let his stuntman take the saddle.

Other liberal-exploding western tropes prominent in the new picture include male bonding, the man-boy tutor dynamic, hostile natives, religious respect, and the duality of women between either the carnal saloon girl or the nurturing matriarch.

The film’s first nostalgic double shock comes before the narrative via gorgeous shots of Texas landscapes that Ford himself could have provided. They’re accompanied not by the abrasive rap music or asexual whining featured in every new production but the refreshingly masculine voice of country artist Will Banister. His song, Find a New Home, expresses the basic theme of the picture: Lord I’ve made my share of mistakes, but I meant no wrong/And when the sun sets on the hillside, the nights can be so long. Indeed, the entire score by Mark Mancina enriches Eastwood’s traditionalist vision. 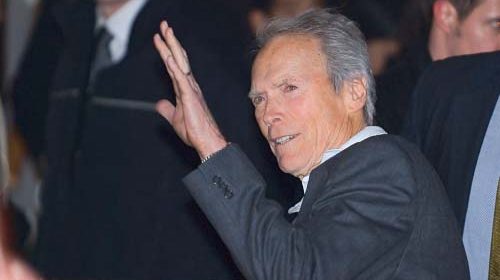 The film’s introduction to Eastwood — bent and slow — is jolting, even though he’s been aging before our eyes for six decades. But that actually works as his character, Mike Milo, starts to rediscover his self-worth to become gradually stouter and tougher. Milo only agrees to bring back the 13-year-old son of his rancher ex-boss, Polk (Dwight Yoakam), after Polk invokes the ultimate western code to both him and the audience battered by “toxic” male bashing: “You gave me your word, and that used to mean something.”

The sense that we’re out of the Hollywoke twilight zone increases when Polk says Rafo is being abused by his Mexican mother and her underworld cohorts, another prick in the anti-male bubble. When Milo encounters Rafo’s mother, Leta (a memorable Fernanda Urrejola), she’s the type of femme-fatale villainess long absent from the screen — a sultry dragon lady in a slinky red dress that alternately threatens and seduces Milo. Her perversions have driven Rafo to the streets (“He’s a monster,” she says of her own son), where Milo locates him at a cockfight.

The boy (poignantly played by Eduardo Minett) agrees to go back to Texas with Milo, not only because of more adult promises, but because he sees in Milo the noble cowboy he had once been. The two of them, along with Rafo’s delightful fighter cock, Macho — which Eastwood brilliantly makes a character — must then evade Leta’s hired muscle and corrupt lawmen all the way to the Texas border.

It’s this journey home that elevates the movie to the gem that it is. Eastwood depicts the Mexican countryside like his mentor, Sergio Leone, did the West in Spain, a beautiful yet deadly land with peril at every bend, but also good Christian folk. His valid jabs at the nation’s realities — thieves, bad cops, and worse men — are offset by the goodness of many of its people. 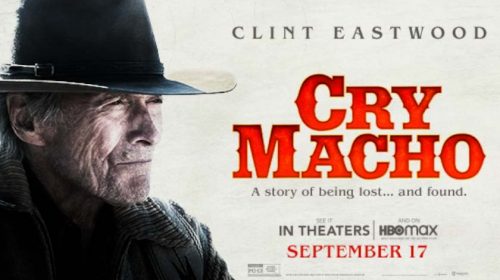 In a remarkable twist, for instance, Leta’s henchman grabs Rafo and tells bystanders that Milo kidnapped him, so they’ll attack him. But Rafo convinces them that the henchman is the kidnapper by exposing the mother-imposed scars on his back. The bystanders then beat the hell out of the henchman, delivering primitive but righteous Mexican justice.

Natalia Traven steals almost every scene she’s in as kind, preceptive, pretty widow Marta, owner of a village cantina, who also recognizes the dormant virtue in Milo, and helps reawaken it. “Eres un buen hombre, y quiero que tu lo sepas,” she says to him. (“You’re a good man, and I want you to know it.”) Theirs is a sweet mature romance that works beautifully, with the aid of the wonderful Alvaro Carrillo ballad, “Sabor A Mi,” sung by Eydie Gormé and Los Panchos.

But the film beautifully revolves around the Milo-Rafo relationship. Milo teaches Rafo how to be a real man, and Rafo has to remind Milo how to be one. When Milo starts to fall asleep in a shrine, Rafo reprimands him, another conflict that would be lost on Hollywoke.

One scene truly reveals Eastwood’s power as director-actor. Lying down with his face hidden by his hat, he relates the tragic story of his wife and child’s automobile death and how it broke him. Any other star alive would have a closeup on himself while emoting for posterity. Eastwood uses only his voice and posture.

If Cry Macho is to be Clint’s final screen appearance, it’s a worthy swan song that will make your day.

Appeared at and reprinted from The American Spectator