A bill that declares some firearms businesses and services life-sustaining and essential during a public emergency got its first hearing Tuesday in front of the Ohio House Government Oversight Committee.

House Bill 325, introduced by Rep. Scott Wiggam, R-Wooster, would not allow the state to stop the sale of firearms during a state of emergency, similar to what happened when certain businesses were declared essential when Gov. Mike DeWine issued a stay-at-home order at the beginning of the COVID-19 pandemic. 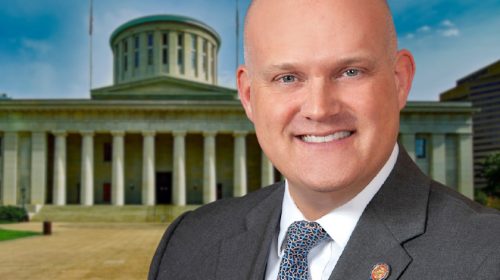 The bill also stops cities from halting the sale or transportation of guns during a riot. A companion bill, Senate Bill 185, is in committee in the Ohio Senate.

The committee also held a second hearing on Senate Bill 9, which passed the Senate earlier this year and would require all state agencies to reduce regulatory restrictions by 30% by 2025 and would prohibit agencies from adding new restrictions.

“We believe that SB 9 can help businesses who operate in Ohio by reducing the overall regulatory burden,” Kevin Boehner, director of small business and workforce policy at the Ohio Chamber of Commerce, testified. “At the same time, we acknowledge that a 30% reduction for each agency may be difficult to accomplish. However, in order to increase economic competitiveness, encourage free enterprise and create the best economic environment for businesses to thrive in our state, reduction of overall regulations is an important objective.”

The committee also heard testimony on a bill that would eliminate all appointed positions to the state board of education, reducing the number of members to 11 elected from designated districts.

Currently, the governor appoints eight members to go along with the 11 elected members.

The legislation is supported by the Ohio School Boards Association, other school groups and members of the state school board.

An Ohio native, J.D. Davidson is a veteran journalist with The Center Square with more than 30 years of experience in newspapers in Ohio, Georgia, Alabama and Texas. He has served as a reporter, editor, managing editor and publisher.