Wisconsin Representative Bryan Steil (R-WI-01) visited the border along with two other representatives to see the crisis first hand. Steil visited Del Rio, where thousands of migrants have been camped under an overpass and where video footage showed illegal immigrants walking across the river and into the United States.

According to a press release from Steil’s office, Steil met with Border Patrol, the Texas Department of Public Service, and the National Guard to discuss solutions. 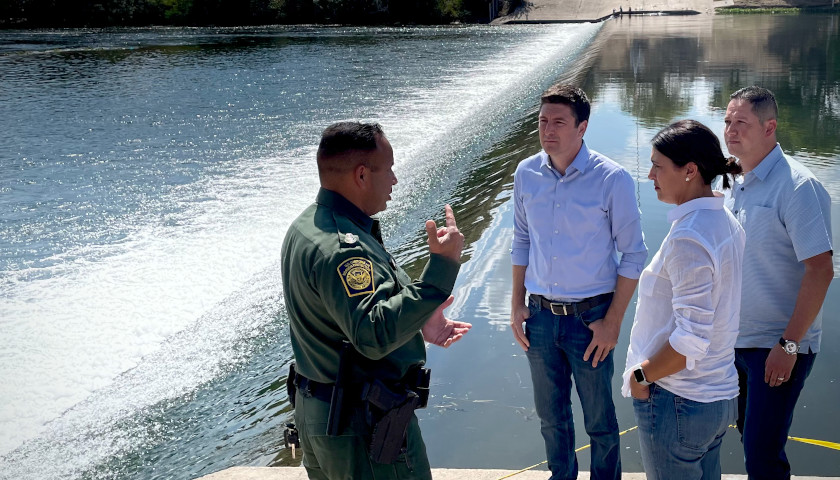 Rep. Steil said, “I saw the problem first hand. Since President Biden took office, Border Patrol has encountered over 1.2 million illegal migrants at our southern border. President Biden ended construction of the wall and is sending the message that our borders are open. We must provide our Border Patrol officers with the resources necessary to carry out their mission, secure the border, and end this self-inflicted crisis.”

Steil was accompanied to the border by Rep. Tony Gonzales (R-TX-23) and Rep. Stephanie Bice (R-OK-05).

“The escalation of the migrant crisis has culminated to the worst conditions at the border I have ever seen,” Gonzales said. “With more migrants on the way in Central and South America, it is imperative that we provide border patrol, law enforcement and other agencies with all the necessary tools they need to secure our southern border. I appreciate my colleagues Representatives Steil and Bice for coming down to see the crisis firsthand in an effort to find long term solutions in Congress.”

“While most Oklahomans may assume immigrants crossing the border are from Mexico or Central American countries, people from more than 90 countries have been apprehended at our southern border. The national security aspects of letting so many people cross our border is extremely concerning,” Bice said.

She went on to call the situation “out of control” and called on the Biden Administration to address the “crisis.”

Bice said, “After hearing from border patrol agents, Texas National Guardsmen and Texas Department of Public Safety on the ground in Del Rio, it could not be more obvious that the situation is out of control. President Biden and his administration must stop ignoring what’s happening at our border and address this crisis.”