Steve Bannon headlined a get-out-the-vote rally for the MAGA base in Henrico on Wednesday evening, where speakers included Senator Amanda Chase (R-Chesterfield) and Arizona State House Representative Mark Finchem, who is using 2020 election audits in that state in his campaign for Arizona secretary of state. But the biggest reaction from the crowd came when former President Donald Trump called in for about five minutes.

“Glenn Youngkin is a great gentleman,” Trump said. “You have a chance to get one of the most successful businessmen in the country, and he did it in a quiet professional way, in Glenn Youngkin. I hope — he and others by the way — but I hope Glenn gets in there and he’ll straighten out Virginia, and he’ll lower taxes, all of the things that we want a governor to do, and I really believe that Virginia is very, very, winnable.” 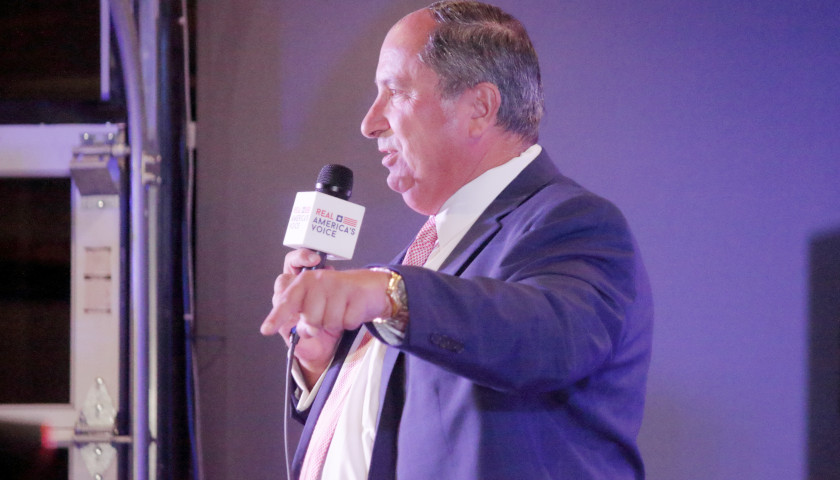 The rally was short of Virginia candidates. Statewide GOP candidates Glenn Youngkin, Jason Miyares, and Winsome Sears were absent, although Sears had previously been advertised as one of the speakers. Republican House District 69 candidate Sheila Furey was present in the crowd.

Youngkin has been walking a line between moderates and hardline Republicans, and has seemed to distance himself from Trump, which earned him a warning from Trump on a recent John Fredericks Show broadcast. During the event, Democratic gubernatorial candidate Terry McAuliffe’s campaign emailed a “Trump Endorsement Alert” with the subject line, “TONIGHT: Trump’s first campaign event for Youngkin.”

The Virginia Star’s Publisher John Fredericks hosted the Take Back Virginia Rally. Fredericks is working to keep the MAGA base intact while the statewide candidates go after independents and moderates.

“This is the most critical race in America. If Republicans can win Virginia and beat Terry McAuliffe, it stops the left-wing radical agenda in its tracks. It’s now or never. We have to draw a line in the sand. We have to get a win. It’s now, or there’s no country. That’s why I held the event, that’s why my wife and I put the money in it, and if we don’t win, you have no country,” Fredericks told The Star.

“If Youngkin pulls it off, and let’s face it, he’s a long shot, remember we lost the Commonwealth by ten points just eleven months ago. It’s a dead heat right now,” Bannon said after Trump’s call. “By the way, I should definitely tell you: President Trump is obsessed with winning the Commonwealth of Virginia.” 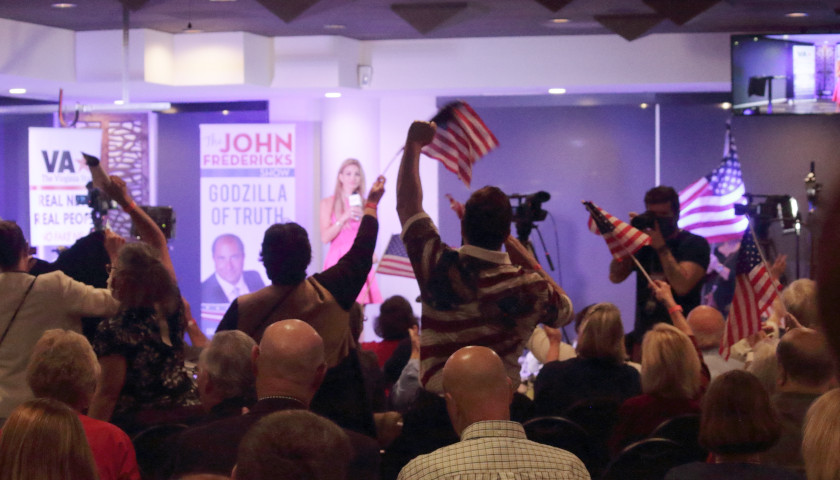 The most-emphasized theme of the night was allegations of 2020 election fraud, but speakers also highlighted President Joe Biden’s roles in the Afghanistan withdrawal and the border crisis. Attendees said the Pledge of Allegiance to an American flag that was present at what emcee Martha Boneta called “the peaceful rally with Donald J. Trump on January 6.” Speakers also took time to repeatedly blast Senate Minority Leader Mitch McConnell (R-Kentucky) and other establishment Republicans.

With three weeks left of voting, enthusiasm for Republican candidates is high due to a combination of declining Biden popularity and Trump no longer being in office annoying moderates.

In conversations with The Star, attendees didn’t see any conflict between Youngkin and the MAGA base, and were focused on defeating Democratic gubernatorial candidate Terry McAuliffe. Multiple attendees mentioned McAuliffe’s statement at a recent debate: “I’m not going to let parents come into schools and actually take books out and make their own decisions. So, yeah. I stopped the bill. I don’t think parents should be telling schools what they should teach.” 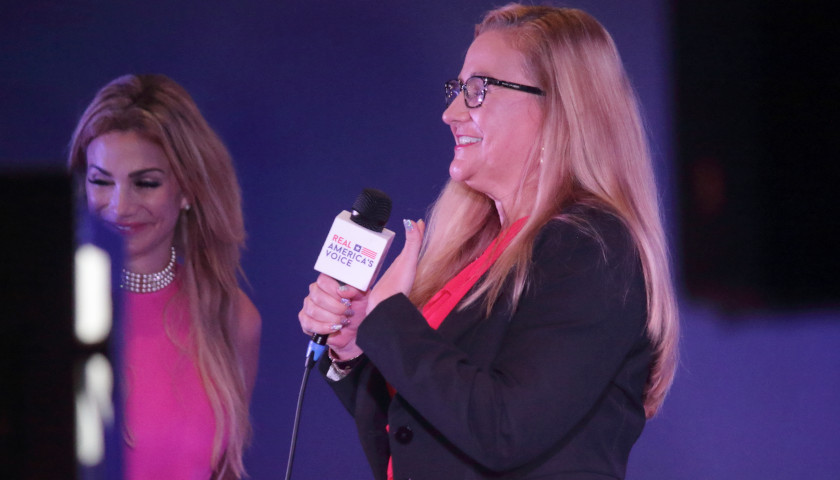 James Manship, who often attends rallies dressed as George Washington, said, “The MAGA people are already against [McAuliffe.] But the moderate people, I don’t care if you’re liberal, moderate, or conservative, parents love their children. And when you start to have a governor candidate say, ‘You, parent, don’t have any place in what your child’s going to be taught,’ them’s fighting words. You lost me. If anything kills McAuliffe’s campaign it’s going to be McAuliffe.

Demetrius and Janice Julius have been to several Youngkin rallies, including a recent Parents Matter rally in Chesterfield where over 1,000 people turned out. They said that although types of attendees were somewhat different from that rally compared to Tuesday’s rally, enthusiasm across both groups for Youngkin seemed high. They cited Youngkin’s roles as a businessman and as a family man as reasons for their support, although they noted that his political record is minimal. They expressed strong opposition to “carpetbagger” McAuliffe who they said was the Clinton’s bagman.

“When Terry McAuliffe said that parents have nothing to say about their children’s education, that our taxpayers’ money is funding and that teachers should have control over what our kids are taught, we’re happy he said that, and I said he shot himself in the foot,” Janice Julius said. “He didn’t do any good for Virginia when he was in the Governor’s mansion.”

Virginia’s Republican National Committeewoman Patti Lyman disagreed with the notion of a potential split in the Youngkin base, and said that there are lots of reasons to support Youngkin, but stressed the need to defeat McAuliffe.

“I really don’t see two sides here. I really don’t. I see people who are patriots and who want to save our state are going to vote for Glenn Youngkin,” Lyman said. “No one in their right mind, who cares about this country, can vote for Terry McAuliffe, under any circumstance.”