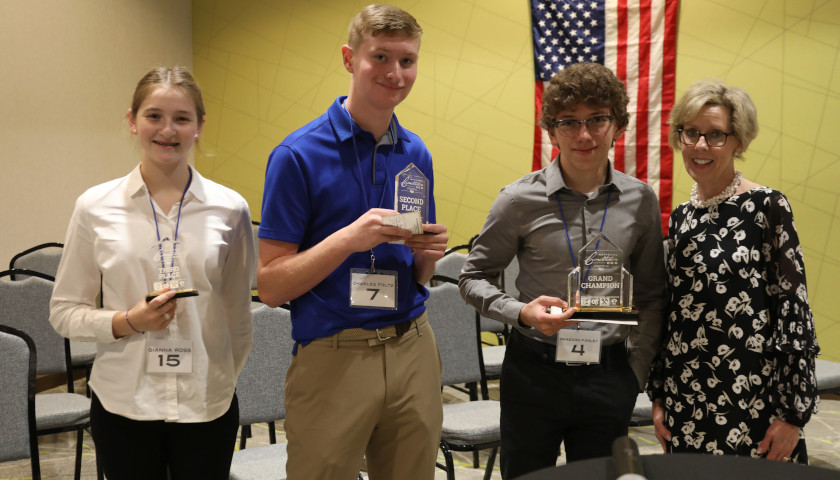 Michael Patrick Leahy, CEO and Editor in Chief of The Tennessee Star and The Star News Network, host of the weekday morning radio talk show The Tennessee Start Report and co-author for Guide to the Constitution and the Bill of Rights for Secondary School Students, emceed the competition. 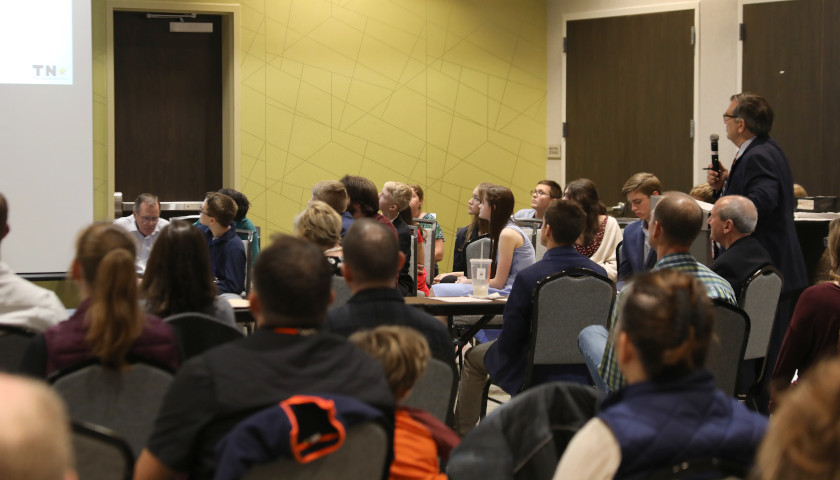 This year’s judges were Claudia Henneberry, co-author of Guide to the Constitution and the Bill of Rights for Secondary School Students and executive director for the National Constitution Bee; Stevie Giorno, and Jack Massari. 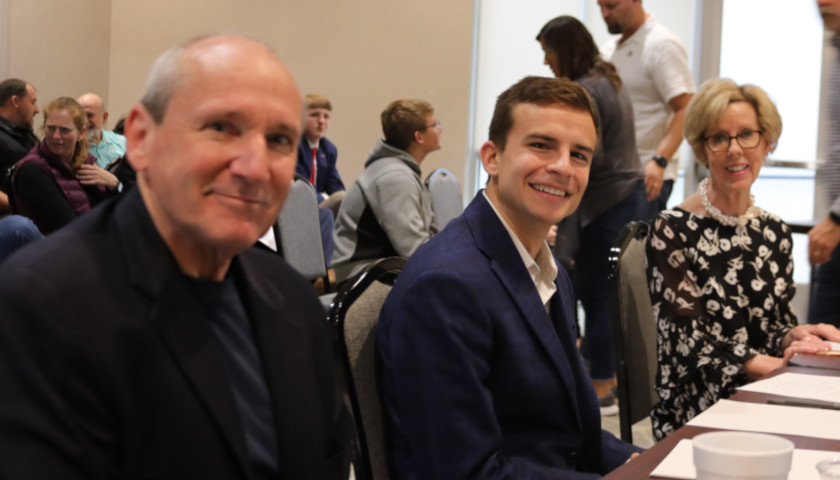 Last year’s winner, Jackson Carter, spoke via Zoom to wish all contestants good luck, and thank everyone running the National Constitution Bee one more time for the opportunity he had last year. He said that winning the ten thousand dollar grand prize scholarship made college “a little more possible” for him.

The competition began with the Preamble round, where students presented the Preamble in fun and creative ways.

Student Reagan Schmicker, from Brentwood, Tennessee won for the Most Creative Preamble; she sang the who, what, and why of the Preamble. 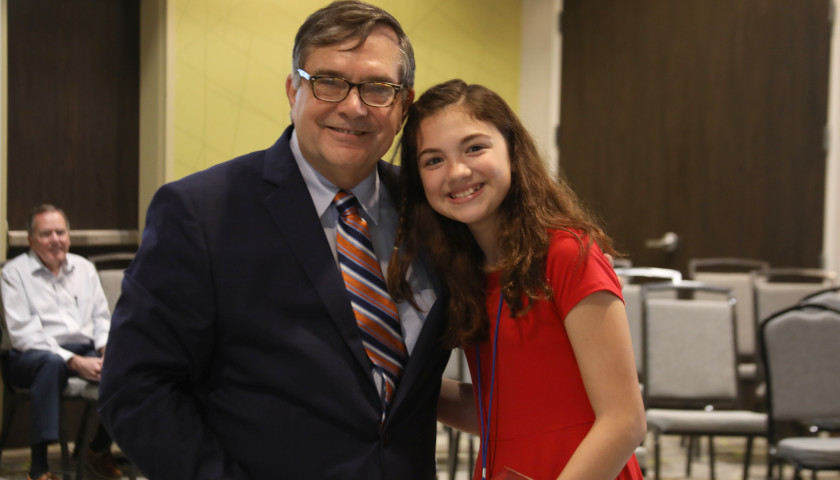 Matthew Feragola, from Smyrna, Tennessee won for the Most Entertaining Preamble; he played a song on his guitar where he presented the Preamble. 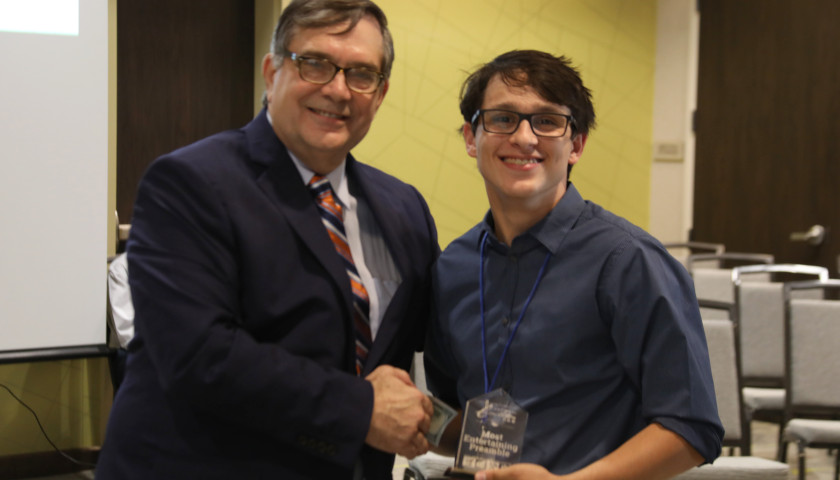 And Joseph Semler, from Stewart County, Tennessee won for the Most Persuasive Preamble; he explained in detail what the Preamble was and what it stood for. In his presentation, Semler used an example from the Jacobson v. Massachusetts trial where a pastor in 1905 argued that a vaccination mandate was violating his rights defined by the Constitution. 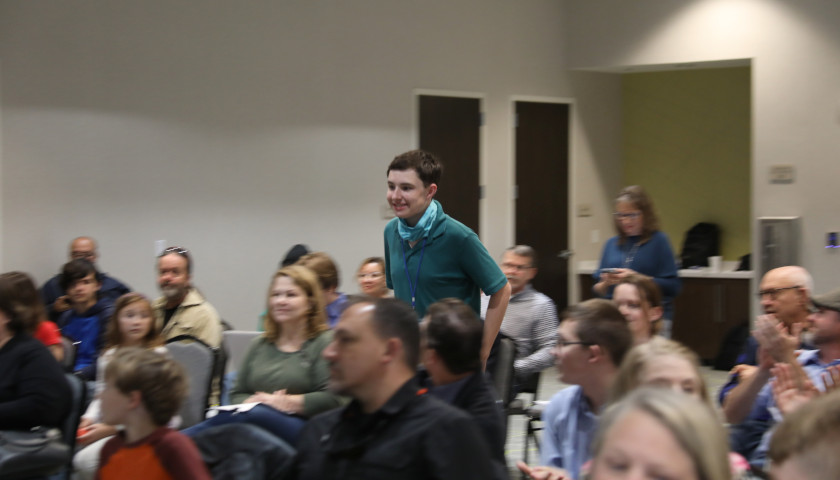 Following the Preamble round, the students began the Elimination Round. The well-prepared group went through nine rounds of multiple choice questions.

“I think that’s a new record,” Christina Botteri, co-founder of the Star News Education Foundation and executive editor of The Tennessee Star said.

Within the first round, only two students answered incorrectly, but were quickly brought back by the redemption round.

Student Robert Keeton of Knoxville, Tennessee was named Most Valued Player – earning him a $500 cash prize – after he helped his fellow competitors answer nine questions while on the “Friends of the Court.” 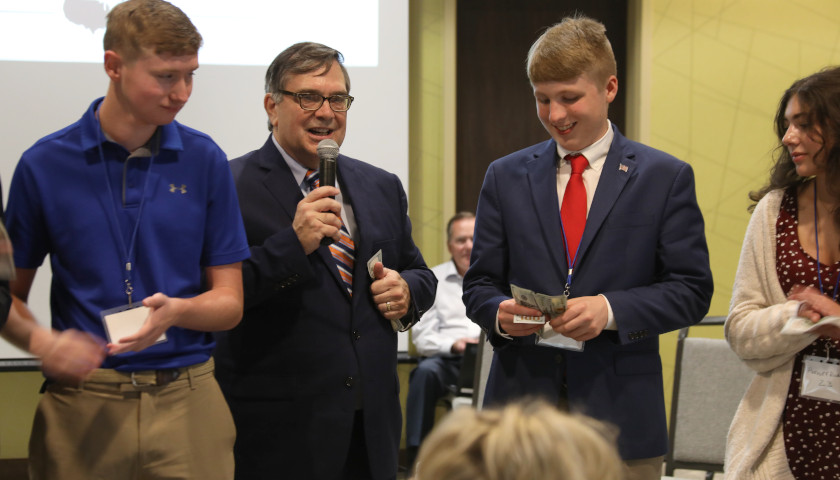 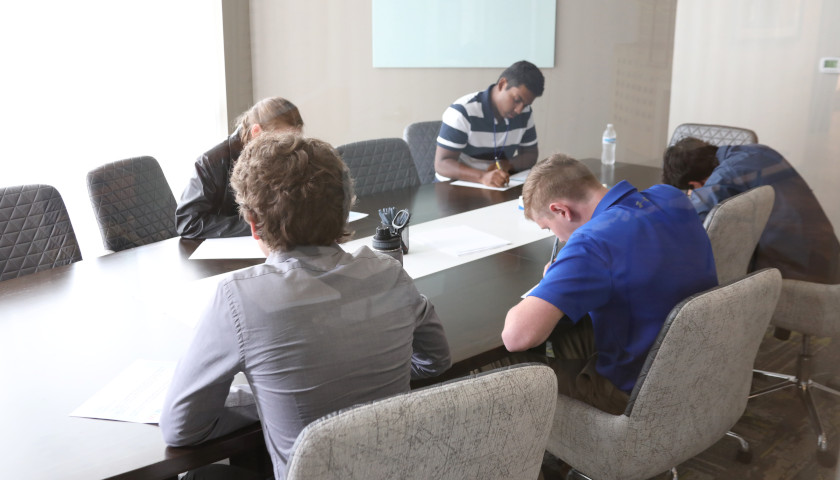 During the Championship Round, each student was given twenty minutes to compose an essay in response to a question they selected out of six options that they presented to the judges and audience within three minutes. From those five students, the judges chose the best three and then moved onto the Lightning Round.

Braeden Farley, Charles Jacob Foltz, and Gianna Ross won the Championship round. There were six rounds during the last, “sudden-death”-style Lightning Round, where the students answered difficult multiple choice questions until the winner was announced.