Friday, Vice President Kamala Harris will become the acting President of the United States while President Joe Biden has a colonoscopy at Walter Reed Hospital in Bethesda, Maryland.

That medical procedure requires Biden to take anesthesia, and warrants the brief transfer of power.

“As was the case when President George W. Bush had the same procedure in 2002 and 2007, and following the process set out in the Constitution, President Biden will transfer power to the Vice President for the brief period of time when he is under anesthesia,” White House Press Secretary Jen Psaki said. “The Vice President will work from her office in the West Wing during this time.”

Some have noted that this will be the first time in American history that a woman will have presidential powers. 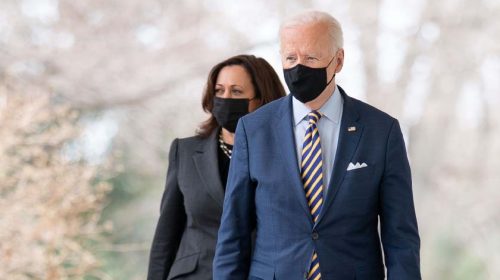 The brief transfer of power comes amid swirling rumors that she and Biden are in a rift.

The last time Biden released the results of a medical examination was nearly two years ago, during the Democratic Party’s presidential primary race.

According to a poll that news outlet conducted with Morning Consult, only 40 percent of respondents agreed that Biden “is in good health,” while 50 percent disagreed. That 10 percent gap represents a massive 29 percent shift in Americans’ opinions of the forty-sixth president’s health.

In Oct. 2020 Morning Consult asked the same question, and found that by a margin of 19 percent, Americans felt Biden was healthy.

The poll’s respondents also called into question Biden’s mental fitness, with 48 percent saying that Biden is mentally unfit to be president.

By a margin of 23 points, registered Independent voters said that Biden is not mentally fit to hold office, the widest gap of any demographic polled.

Pete D’Abrosca is a contributor at The Tennessee Star and The Star News Network. Follow Pete on Twitter. Email tips to [email protected].