NASHVILLE, Tennessee – Hemp Meadows and Denim Skye are lifelong musicians who have been married for 35 years. Denim sang in a church choir and school musicals in her hometown of Washington, DC. She got her first guitar when she was 13. She played in local bands. A division of Filmways Corporation recruited Denim to LA to form a psychedelic folk trio. After her foray, Denim gave up music for a while and became a graphic artist where she worked for the iconic magazine Tiger Beat.

Hemp grew up in a Southern Baptist family where he started out singing gospel music and hymns. “Church provides you a great opportunity to sing,” he said. 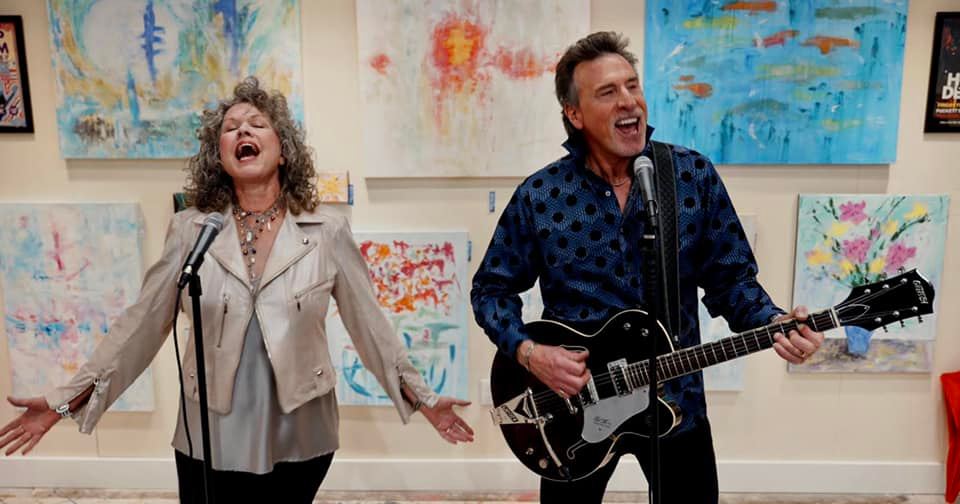 He was enamored with the drums and started playing. He played in the youth symphony and the high school band. He studied percussion at the university level. Along the way, the Beatles happened, and he, along with the rest of the world discovered Rock and Roll. “That changed the trajectory of my life,” he recalled.

He wasn’t into country music (like Tammy Wynette and George Jones), Opera, or even Frank Sinatra. He was all about The Who, the Rolling Stones, and the Beatles.

As a youth, Hemp played drums in numerous local rock bands until they broke up.  About that time Crosby, Stills, and Nash came along and their sound was “so enchanting” that he wanted to learn to play guitar as well. He was also compelled by the counter-culture revolution in the late 60s and early 70s.

He states he was ”drawn to the freedom and creativity of the Hippie lifestyle after being held back” for much of his youth.

This desire led him to San Francisco while Denim hung out and worked in Hollywood and the Laurel Canyon area.

“If you take young, beautiful people and add drugs and Rock and Roll, it’s an incredible buzz,” Hemp said.

Hemp Meadows and Denim Skye met in 1980 backstage at The Cars concert at the LA Sports Arena. Denim was there with her writer friend who had a backstage pass while Hemp and another musician friend slipped in backstage. 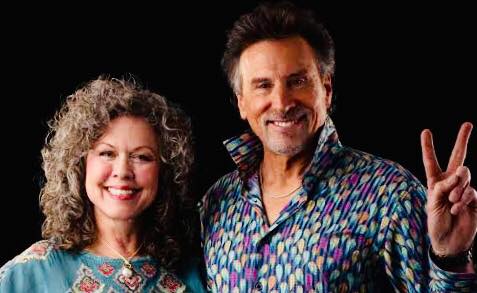 They tried to make a go of their musical careers and Hemp was even on a couple of tracks with Rod Stewart. He worked some with Fleetwood Mac, Devo, The Cars, and a few other bands. They had a production deal with A & M records that fell through. This sent Hemp spiraling down a deep hole which landed him in rehab a few times.

When he finally got sober, he started over. As a couple, the two eventually got back together, but the pair would give up music for “real jobs” so they could make a living. They went into business for themselves and had a great run at marketing and sales on a national/international level.

Hemp recalled, “At that time, Rock and Roll was kind of in the rearview mirror for us. We were looking forward through the windshield at a much brighter possibility of being married, straight, and sober. We were committed to each other and our work and we found a lot of creative joy in that.”

The pair started attending church and even sang in the choir a few times, but rarely mentioned their past. With their business, they made enough money that they could live where they wanted.

As Hemp’s parents who lived in Wichita, Kansas, were getting ready to retire, his brother who lived in Nashville got cancer.  Because they lived on opposite sides of the country, they rarely saw each other.

Hemp remembered, “I was a church one day and I got this feeling in my heart, that if we moved to Nashville, my parents could retire here and we could all be together as a family for the first time in a long time.”

They all moved to Nashville, where they had ten years together before Hemp’s parents passed.

Because Denim is also a realtor, they live in several places in Music City before settling in their current home in West Haven, Franklin, Tennessee.

“We downsized to move here, but we absolutely love it,” stated Denim.

Since moving to Nashville, they have met people from around the world who have also settled here. People from the music business, NFL, even the NBA have become their friends.

About four years ago after both their parents had passed away, Hemp and Denim were looking in the proverbial mirror and wondered, “What are we going to do now that really matters where you feel like you can make a difference and have some meaning that you can impart to your life and others and have fun along the way doing what you are really good at?”

Hemp didn’t know the answer and Denim said to him, “Why don’t you pick up that old guitar in the corner over there and see if you can play it?”

That was when they decided to revive their musical careers and make another go of it.

As a singing/songwriting duo who grew up in the 60s, their musical style hails from a time when “music was leading the charge,” as Hemp accurately explains.

And while the crowds love the covers from that era, Hemp & Demin relish releasing original music. They currently have 22 mastered tracks on three albums.

One of the first songs they released back in 2019, was the autobiographical “Follow Your Heart.” Their admiration for each other is palpable in the joyful tune.

The first song that they released from their up-and-coming House of Love album is “One Step Over the Line.”  Filmed at The Bunganut Pig in Franklin, the catchy song will take you straight to the hills of Laurel Canyon with its trippy beat. The song was recently entered into the Grammys in the Best Americana Roots Song category.

Reminiscent of the 60s and 70s California pop and British rock with a splash of Americana, they bring a groove to lyrics that energize the mind and feed the soul. With their brand-new release of “You Take My Breath Away,” their inventive harmonies are as perfect as the provocative love story that is expressed in the lyrics.

As they have celebrated their 35th wedding anniversary, they are a role model to their era by encouraging fans to enjoy life and follow their dreams, no matter what age they are. With their motivation, dedication, and great stage presence, this passionate duo cannot wait to continue sharing their talents with fans and fellow musicians far and wide.

Also, if you like the aforementioned songs, you’ll love their original, “London Town” where Hemp takes Denim on a high stakes adventure to swinging London.

Their album, House of Love, is the first record that they have released to streaming services. Those who yearn for music like The Byrds, the B52s, and The Mamas and Papas will surely want to include anything that Hemp & Denim put out in their musical collections/playlists.

I am grateful that Hemp & Denim are bringing back the good vibes of the 60s and 70 that reminds older listeners of their glory days and introduces younger listeners to the best musical attributes of the classic rock era. This duo deserves to be heard.