FRANKLIN, Tennessee — Quisha King, a former regional engagement coordinator for Black Voices for Trump, said she was once liberal, but the writings of conservative black economists Thomas Sowell and Walter Williams helped steer her on a different path.

King said her community could not access Sowell or Williams.

“Their books blew my mind,” King told an audience at The Factory in Franklin on Friday.

King was one of three panelists who spoke at a program titled Black Conservatives and Race in America.

After much introspection, King said she realized her values were more in sync with the Republican Party. 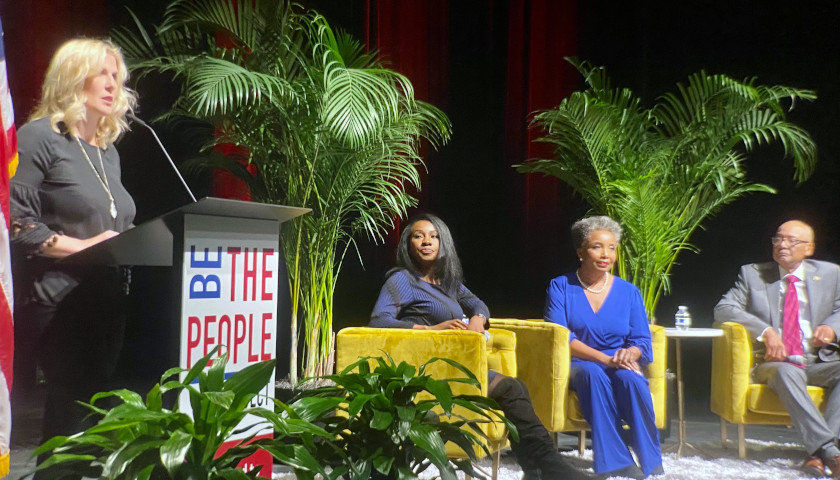 “I was struggling with all of this new information. I was sitting on my couch one day, and I heard a woman of Christian faith. God spoke to my heart and told me that my skin color had become an idol in my life. That moment was so transformative. It changed my life because I [once] saw everything through being black. Everything,” King said.

“It trumped my faith. It trumped my voting. It trumped everything. Everything had to be seen through blackness. God, in his gentle, loving but very firm way let me know that was an offense to him. That’s because I should have been living my life through the eyes of Christ, not through how much melanin he happened to give me.”

“America and the Civil Rights Movement became part of a race grievance industry. They became elected officials running these cities and spent $22 trillion on poverty programs. That is more money than it takes to buy all the agricultural land. More money than we have spent on all our wars. Seventy cents of every dollar over those 50 years didn’t go to the poor. It went to those who served the poor,” Woodson told the audience.

One Thought to “Former Nashville Mayoral Candidate Carol Swain, Other Black Panelists, Describe Their Unexpected Path to Conservative Politics at Event in Franklin”