NASHVILLE, Tennessee – When you hear Taylor Hughes’ previous edgy releases about her “bad taste in men” and “prayin’ to the whiskey,” you may not know is that Hughes is happily married to an awesome guy.

“High On Something” was written with her writing partner, Stephanie Joyce, who helped pen her first single, “Good Taste.” 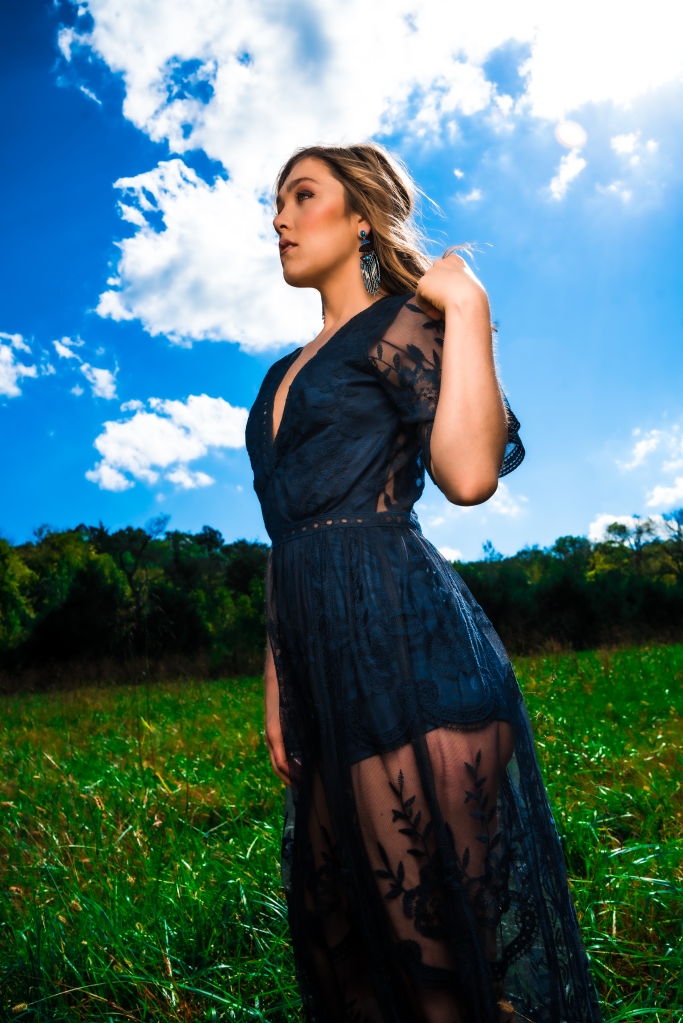 Hughes admits that a lot of the stuff she writes is “very sassy, very edgy and even a little dark.” She realized she didn’t have a love song in her catalog and neither did Joyce.

They talked and decided, “We can do this, but it got to be almost epic. We have to do it right. A lot of love songs are very cheesy and predictable.”

Hughes continued, “For me, I have a hard time writing that stuff without it coming across as something that I wouldn’t say.”

Both Hughes and Joyce are married and they wanted to pay a proper tribute to their spouses.

“We thought about our past relationships and how those didn’t work and fizzled out. We focused on what was different about the relationships we have with our husbands,” Hughes said.

They wanted a different approach than the usual “puppy love” growing into something else.

The singer explained, “We had a foundation and one that was still growing and still strong. It was one of those things when you love someone so much and there are so many things about them that you love. There might be something that you can’t pinpoint but you know you get high off of it. You think about the relationships that didn’t work and you are trying to figure out ‘Why is this one working?’ I don’t know what it is but I like it. I’m going to keep you around.”

“It very different from anything else I’ve written or released. I am excited to see what people think,” the crooner confessed.

In my opinion “High On Something” is one of Hughes’s finest releases and one of the most soaring love songs I have ever heard.

With the inspiring words, With you, I ain’t coming down/ no crash and burn / I ain’t looking for an easy way out you know she is singing about something for which she feels deeply.

But in all honesty, it is more than the words. It is Hughes’ all-encompassing strong alto voice that pushes the song to another level. Besides writing her own music, the girl can sing. She is country music’s answer to Adele.

In the meantime, Hughes will continue to work on an album and release more videos. She is building a new website and plays locally all over the Tennessee and Kentucky area. She will be playing festivals and traveling to Texas and Florida and other states as her fanbase grows. After over a year of being in shutdown mode, she is excited to get back out there performing for fans where she belongs.

One Thought to “Taylor Hughes Releases Epic Song, ‘High On Something’”