MINNEAPOLIS, Minnesota – Hundreds of Black Lives Matter protesters blocked some Minneapolis streets Saturday evening, protesting the verdict in the Kyle Rittenhouse case. The protest began at the Hennepin County Government Center, a 24-story skyscraper in the heart of Minneapolis, where many masked protesters gathered.

Around 300 protesters filled the street along with several cars who had their hazard lights flashing bringing up the rear. They marched around five blocks to the First Precinct of the Minneapolis Police Department, where they stopped and blocked the street for over an hour.

Police officers were seen locking gates and a barrier was in front of the windows and main entrance doors of the precinct. 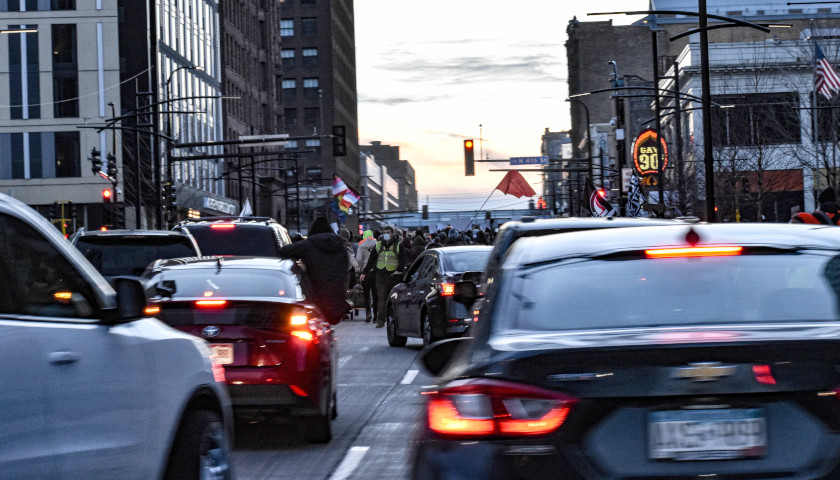 A Facebook event for the protest was also created and the description reads, “Killer Kyle Rittenhouse is free, cleared of all charges. We denounce the verdict and white supremacy. We honor the victims of Killer Kyle, the real heroes.”

While they were marching, protesters chanted, “This is what community looks like” and “Black lives they matter here” as well as, “No cops, no KKK, no racist USA.”

Many of the protesters held a printed sign, with a photo of Rittenhouse and the word “guilty” on it. Others held printed signs with the names of Anthony Huber, Jacob Rosenbaum, and Gaige Grosskreutz on it.

Huber and Rosenbaum are the men the defense argued attacked Rittenhouse prior to their deaths during the unrest in Kenosha in August of 2020. Grosskreutz was also shot and injured. The jury ruled that Rittenhouse acted in self-defense and acquitted him on all counts.

A woman who appeared to be in charge of the demonstration led the group in yelling out the names of black people allegedly killed by police brutality, saying “stolen lives matter.” When the crowd struggled to come up with more names, she said, “Everyone should be knowing these names. You said, ‘Black lives matter,’ you said, ‘stolen lives matter,’ you should be knowing these names.” She continued, “This ain’t a motherf—ing twelve step program just for the day. This is every day. Say those names.” 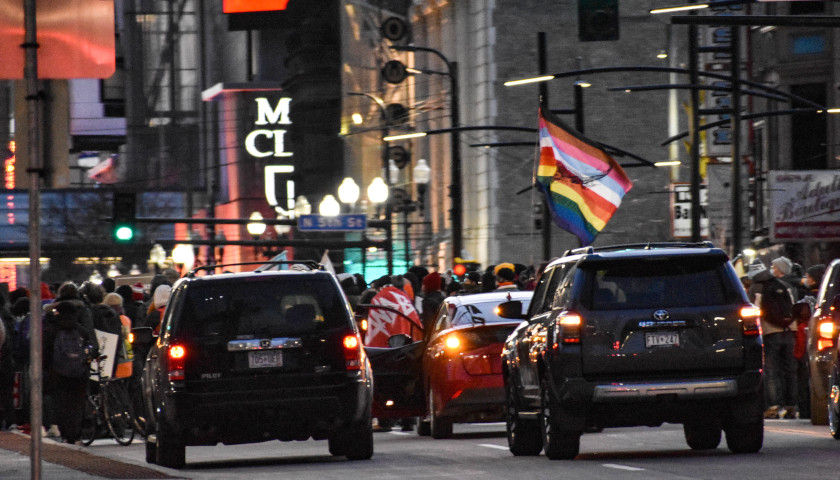 “Your assignment tonight and for the rest of your lives is to go home and learn these names and say them,” the activist continued. Allegedly, this woman’s son was killed by the St. Paul police.

They also called on the Biden administration’s Department of Justice to investigate Kyle Rittenhouse and asked that the Wisconsin court recharge Rittenhouse for murder.