On his radio program Tuesday afternoon, Brian Wilson, the host of 99.7 FM WTN’s The Drive, broadcast weekdays from 3 p.m. to 7 p.m., discussed a recent letter distributed by the Metro Health Department to employees addressing the “BIPOC” community encouraging those that have been affected by the Kyle Rittenhouse ruling to seek “a place for healing” due to the “injustice” suffered by that community as a result of the jury’s decision.

Unbelievable. It came to us from somebody that asked that their name not be used. This landed in the email boxes of I guess every employee that works for the Metro Public Health Department. Are you ready?

I’m just going to read it because it’s just unbelievable. [Wilson reads from the memo.]

On November 19th, 2021 Kyle Rittenhouse, a young white man who shot and killed two people and wounded one other during last year’s demonstration following the shooting of Jacob Blake by a Kenosha Police Department officer, received a not guilty verdict.

OK, I think those things are accurate, though some facts are missing. But here’s where it get’s interesting:

We recognize that these injustices can cause distress and harm for the BIPOC communities and exacerbate trauma instilled daily through acts of racism and the pervasiveness of white supremacy and oppression. 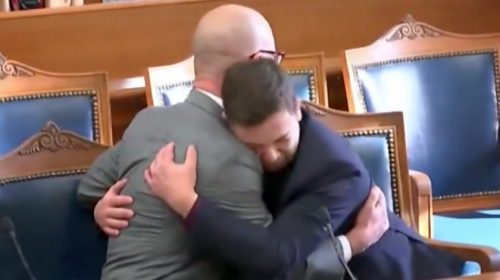 First of all, they are saying in an official document to employees, “we recognize that this verdict is an injustice.'”  Unless I’m reading it wrong that’s what they seem to be saying. They believe that a verdict by a jury of their peers shows that there was an injustice committed here. Let’s talk about the injustice.

The injustice is what happened to Kyle Rittenhouse. A man who was defending himself from attack. You see this whole thing was an attack against the Second Amendment and against self-defense. That’s what it really was.

But somehow now the injustice is that he was found not guilty by a jury of his peers. That’s an injustice. To me, that is the justice process. That is what justice is all about. The charges were brought. The prosecutor couldn’t make the case.

And a jury of his peers said, no. We are going to quit you on all charges. Remember one charge was so weak that it was dismissed by the judge before it ever went to the jury.

We recognize these injustices can cause distress and harm to the BIPOC community.

What is BIPOC? I had to look it up. I didn’t know. It’s an acronym. Black indigenous people of color. BIPOC.

We recognize these injustices can cause distress and harm for BIPOC communities and exacerbate trauma instilled daily through acts of racism and the pervasiveness of white supremacy and oppression.

We must move forward collectively to disrupt systemic racism and reaffirm our shared values of equity and inclusion publicly and through practice. MPHD is committed to providing a space for healing for anyone struggling to process, experiencing distress, and or needs additional resources to support their colleagues.

If you are feeling impacted by these events, please do not hesitate to reach out to the director, Dr. Gill Wright III; Deputy Director Dr. Melva Black; or the Bureau of Health Equity  Dr. Stephanie Kang.

I didn’t know we had a bureau director of health equity but apparently, we do.

I wonder how much that pays? The man spent 84 days in jail and went through tremendous trauma. His lawyers say he has PTSD from what happened to him that night and trauma from all of these things he’s gone through. The man has had his name run through the mud.

And a jury heard all of the evidence, looked at the evidence, and said there is not a case here. And they acquitted him on all charges. That is justice, not an injustice.

And I don’t understand what all this stuff is out of the Metro Public Health Department. Somehow they seem to think that people will be triggered by an act of justice by a jury of Kyle Rittenhouse’s peers. All right? Well, there you go. That’s apparently how they roll at the public health department.

Listen to the full segment here.