NASHVILLE, Tennessee –  Several months ago, I heard a crazy good banjo player on Instagram. The musician was CMA Fest performer, Lockwood Barr. A few weeks ago when she posted her original holiday duet with Barrett Baber’s “Christmas in Memphis,” I knew it was time to interview the multi-talented artist.

Barr comes from a hugely musical family. With a mother who performed with John Hartford and the Dillards, a dad who taught her banjo, and a cousin, Al Barr, who fronts the Dropkick Murphys, being on stage is in Lockwood’s DNA.

Her mom and dad both play guitar and while her mother is a classical pianist, her dad is a masterful banjo player. 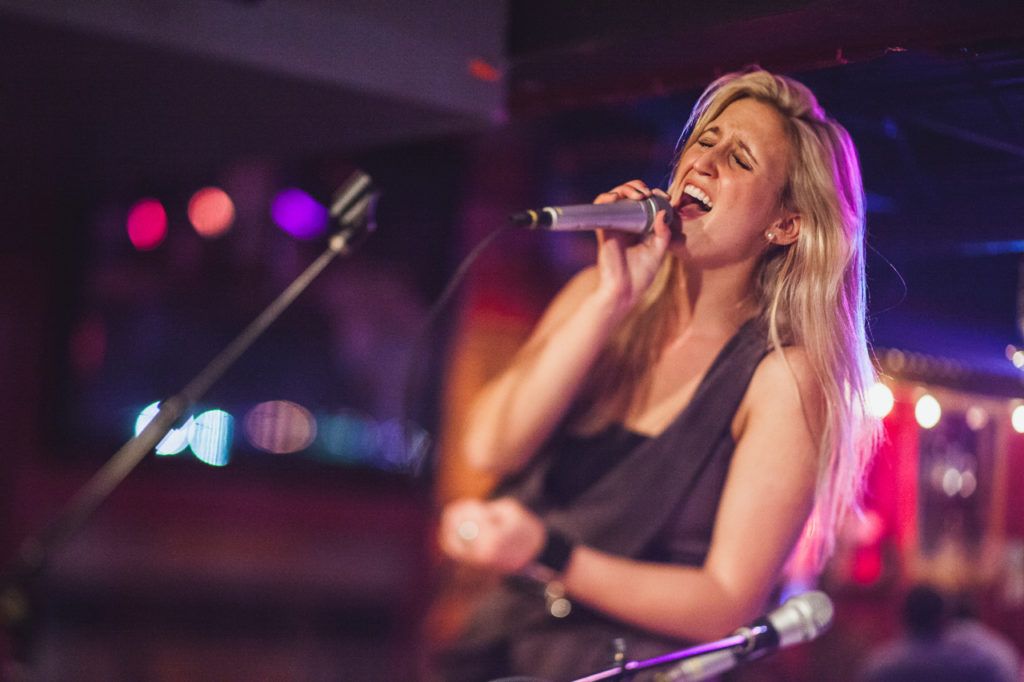 She learned to play and love music as a child by watching her parents. Her parents were always joyful when they played music. They were in bands, had exciting social connections, and were very happy.

Barr said music was her only path and her family supported her fully.

“This is what I was put on earth to do. I’ve truly never considered anything else,” she said. “That drive and purpose that I felt have dictated every decision that I ever made in my life.”

She started honing that craft which eventually led the California girl to move to Nashville where she attended Vanderbilt University.

Her parents were like, “We will bless your choice of career as long as you finish college.”

That is why attending college in Nashville was the obvious choice.

Her dad sent Barr off to college with a baby Iita banjo and never comprehended that playing it would be how the coed would de-stress. Being around the country music she wanted to put banjo into everything she sang and played.

One time when her parents came to visit her in Nashville, she was playing a show. She pulled out that banjo and they were like “What?” They didn’t realize how good she had gotten.

Even though her major was child psychology, she took a lot of music electives. This worked for the songwriter because her lyrics are always driven by her observation of human nature.

Once she completed her degree, Barr remained in Nashville where the burgeoning artist played several CMA Fests. 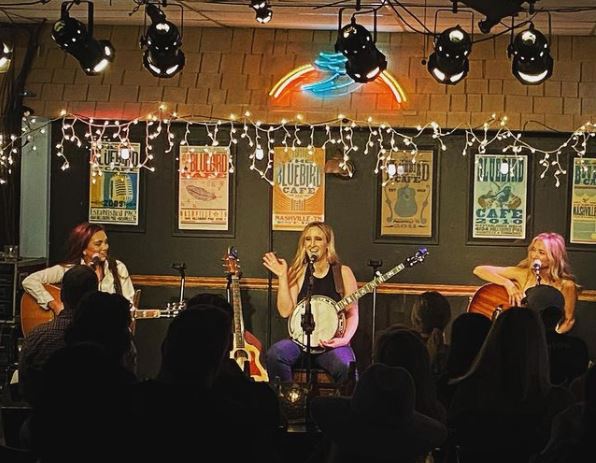 One of my most favorite songs that Barr wrote and also played at the Bluebird Café is a song called “Signs Along the Way.” The autobiographical song is about her being in a wreck with her mom and sister in the middle of nowhere. After being hit by an elk which made their car inoperable, not only did her itinerary change but her life was also altered forever at that point.

She said, “That song literally change our path on that trip because we had to reroute where we were going.” Since there was little cell service and no one around, they had to wait for whomever they could find to help them.

She was so grateful that she and her family came out of the scary situation unscathed that she carried that attitude of gratitude with her well beyond the incident.

“It’s something that I hold on to this day. God makes beautiful things out of dust. On an emotional level, [the wreck] changed my perspective of life,” the singer said.

Writing the song opened doors and she ended up working with Jars of Clay. The band’s lead guitarist, Matthew Odmark, produced her EP Signs Along the Way in 2016.

The singer-songwriter continues to create original music, many of which are about bad habits. Songs like “Best Bad Decision Maker,” “Helluva Habit” and her newest, “Adderall and Alcohol” are fun fan favorites.

“I think struggle is an integral part of growing up,” she said. “Stumbling in life can lead to beautiful places.”

But the artist has a serious, somber side which she shows in songs like the personal “I’m Not Crazy” and “Forgotten How to Cry” which she plunks out on a banjo in a haunting, musical fashion. The venerable “Almost Gone” is also not to be missed.

As far as her banjo playing, she states, “of course it is used for traditional bluegrass music, but I think that bluegrass is just the tip of the iceberg for what the banjo is all about.”

The songstress stated, “That is what was fun about writing the tune. It’s like having a new song to promote every single [Christmas] season and it still feels fresh and relevant.” Her duet partner, Barrett Baber, grew up right outside of Memphis so it was a natural song for the pair to compose.

One thing I was not expecting was that in addition to doing music, Barr is hysterically funny. She does comedy routines and is a hoot to follow on TikTok and Instagram.

Barr will be back in California for some shows this January and then will be performing in Denmark in February. She has a few other surprises planned so you will just have to follow her socials to keep up.