NASHVILLE, Tennessee — The second Nashville Metro meeting held by Jim Schulman resulted in no plan to tackle the outdoor homelessness situation in the city. The Tennessee Star covered the first meeting from the previous night, where citizens gathered to discuss their ideas on how to address the city’s homelessness issues.

Similar to the first meeting, over a hundred citizens attended, but this time with the expectation for there to be an outline of a plan that the community could agree on.

Former judge Patsy Cottrell facilitated the meeting again and began by thanking everyone for their time during the previous meeting. She considered it a success and said there were many good ideas that came from each group. 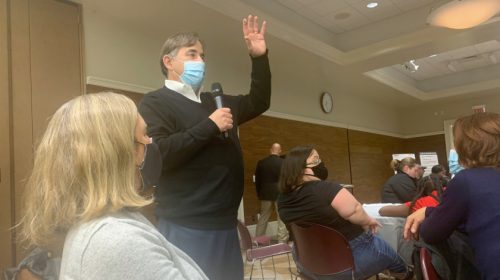 Cottrell said Vice Mayor Schulman would go through a list that they compiled where they were able to organize each idea that the groups came up with.

Schulman went through each idea that was listed in each group, paused to confirm with everyone that they agreed it was something needed to battle homelessness, asked for comment, and added any new ideas if a member from the meeting had an idea that wasn’t listed.

Halfway through the meeting during a pause in the discussion while microphones were being passed to members of the meeting, one woman approached both Cottrell and Shulman and asked if they knew what it was like to sleep in 40 degrees weather.

She explained that she was currently homeless, and during the previous night she was forced to sleep outside because the homeless shelters would not let her in because she is a woman. “I can’t get any help from you people. I’m highly educated, I’m female, and I’ve got nothing here.” 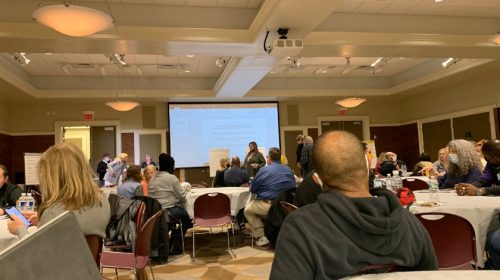 Before the meeting ended, Schulman told the group that he was not the one in charge who would be able to fix the issue of homelessness in the city. “I don’t have a lot of power. I did have enough power to get everyone in this room. So the idea is, I take the information and I’m taking it into the Mayor’s office… The power is in you all. The power is in the people.”

Schulman continued and said if the people of Nashville wanted to get anything done once a plan was formed, that they needed to reach out to Council Members, the Mayor, and other elected officials to ‘hold them accountable.’

It was agreed that another meeting needed to be made in order to continue the discussion and that Schulman would reach out to those who attended the meeting once he had a set date and location acquired.