WHITE HOUSE, Tennessee — Both Senator Bill Hagerty (R-TN) and Governor Bill Lee spoke at the Tractor Supply Co.’s 2,000th store opening. Hundreds gathered at the new store to watch the company’s CEO Hal Lawton “cut the ribbon” at the grand opening. Customers were already making purchases ahead of the comments while they waited for Hagerty to arrive.

Lawton began the event saying that he was honored to lead the day’s ceremony, and thanked everyone for attending the event. He said the new Tractor Supply location was the 84th store in the state of Tennessee, and “it’s a momentous occasion because we’re celebrating our 2,000th Tractor Supply store in the United States. Isn’t that incredible?” 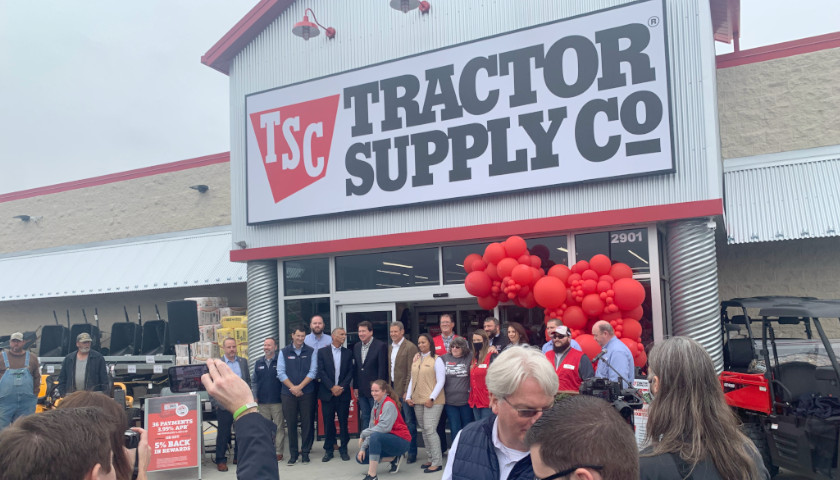 He continued by thanking the 45,000 plus team members that were working across the country, and were serving customers. “That really is what Tractor Supply is all about,” he explained, adding that the company was founded in 1938 as a tractor part mail order catalog and how the company grew to into the store that it is today.

“It takes a lot to open a store… I really appreciate everybody’s efforts to get this store up and running and looking fantastic,” he said.

Governor Bill Lee spoke next and said that Tractor Supply was “a great American company that is opening its 2,000th store in the best state in the country.” He added that there were reasons why companies like Tractor Supply were opening their doors in Tennessee, “and we are very, very grateful that they’ve chosen to do that.”

He also joked that the town of White House would be seeing him even more often, thanks to his weekly trips to the store with his grandkids. 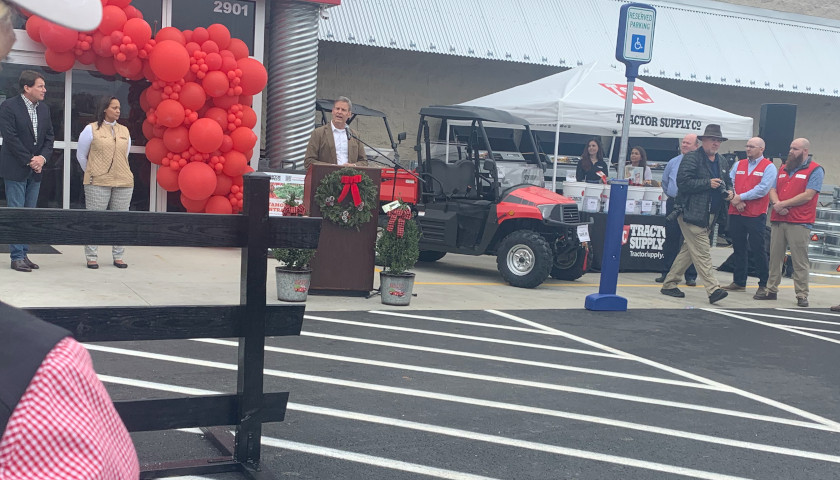 Gov. Lee said the state had focused on rural Tennessee for the past three years, and that the economies of the rural communities are important to the entire state.

“When companies, and when retailers like TSC, who serve many of their customers and constituents who are in fact rural Tennesseeans; that’s a part of the quality of life. We appreciate, and we’re grateful for, and this store is an example of how life just keeps getting better in the best state in the country.”

Senator Hagerty spoke after Lee, and said that the opening of the store “says all that we need to say, because it is the greatest state, just as the Governor said.” Hagerty said that he was proud to be at the opening and to represent everyone in Washington, D.C. “You know, you think about what’s on a broad, global scale, everything seems so challenging, so problematic. But it’s so wonderful to be back home right now.”

Hagerty spoke about how he grew up close to White House, and that he raised cattle and pigs while he was president of his FFA Chapter. He added, “this is like coming home to me.”

The mayor of White House, Michael Arnold, also spoke at the event and said that the town had been trying to get a Tractor Supply in the city for 11 years. He said the city was thrilled to be the home of the 2,000th store, and that, unlike Lee, he was making the trip to Tractor Supply four times a week.

After everyone spoke, Lawton “cut the ribbon” for the store’s grand opening.

Morgan Nicole Veysey is a reporter for The Tennessee Star and The Star News Network. Follow her on Twitter. Email tips to [email protected]