The former Republican Georgia senator who lost the January runoff election to Sen. T. Jonathan Ossoff is expected to announce his challenge to Gov. Brian P. Kemp Monday in the May 25 primary, after months of prodding from President Donald J. Trump, setting up a clash of two former allies and another test of Trump’s sway over the GOP.

“Bonnie and I have been praying about our state and I am concerned about the state of our state,” said David A. Perdue Jr., speaking with the host of WDUN’s “The Martha Zoller Show” and teasing his run with an appearance that broadcast a week before Thanksgiving.

The leading Democrat in the race in the party’s 2018 nominee Stacey Abrams, who Wednesday announced her 2022 campaign. 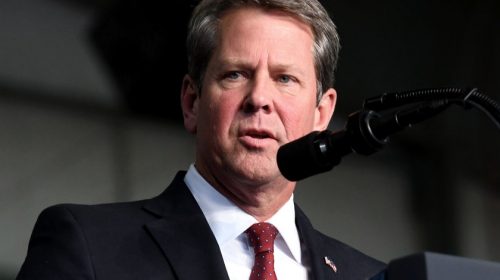 Trump has been angry at Kemp after the governor refused to back efforts to review the 2020 election before it was certified.

Kemp signed off on the certification of the 2020 election a little more than a year ago, while acknowledging that the election was not botched in his state.

In his signing statement, he said the state would have to get better.

“We demand complete explanations for all the discrepancies identified so that our citizens will have complete confidence in our elections,” he said. “In the runoff election, we cannot have lost memory cards or stacks of uncounted ballots. We must have full transparency in all monitoring and counting. Every legal vote must be counted, and the security of the ballot box must be protected.”

In a rally held in September in Perry, Georgia, Trump taunted Kemp with a mock endorsement of Stacy Abrams: “I think, might be better than having your existing governor, if you want to know what I think. Might very well be better.”

Perdue, who beat Ossoff in the November 2020 election, but fell .28 percentage points short of exceeding the 50 percent threshold required forcing the runoff, said to Zoller he was worried about the divisions in the state’s Republican Party, the state’s business climate and the quality of the state’s education.

Perdue ruled out another run for the Senate.

Zoller, who worked for Perdue’s 2014 campaign, asked her former boss about his interest in running for governor against Kemp.

Perdue did not commit to a run, but he said he saw that the state’s Republican Party was not united.

“We have a divided party in Georgia right now,” he said.

“Forget about me—it’s divided, and a lot of people feel like people in power haven’t fought for them and caved into a lot of things back in 2020 that didn’t have to be done,” he said. “You have an off-election when an incumbent president was removed from office in a questioned election,” he said.

The former president CEO of Reebok said many Georgia parents were in shock when they found out during the COVID-19-driven virtual schooling at home what was really going on in their children’s education.

“My mom and dad were public school teachers, it has been close to my heart for years,” he said.

“When you have a kid who doesn’t read at the 4th-grade level by the time they’re in the 4th grade–you can predict how many kids in that situation will not get out of high school and who many will end up in the penal system,” he said. “It’s time our parents reached in and got control of our schools again.”

Perdue told Zoller he was also concerned about how the business climate in the state is not as positive as it used to be. “For eight years, we’ve been the best state in the country to do business, but the shine is coming off that apple now.”

Mark Walters, the host of “Armed American Radio,” which broadcast from Walter’s suburban Atlanta studio, said Kemp was a disappointment to gun owners in the state.

“Governor Kemp has not delivered for Georgia gun owners,” he said. “He ran as a Second Amendment guy, but he and his team have blocked gun rights legislation from Day One. It was really a shock that he would be our biggest obstacle.”

Walters, who is on the board of directors of the Citizens Committee for the Right to Keep and Bear Arms, said, “Perdue was a strong senator, and he’ll be a strong senator for gun rights–and voter rights–he can be Stacy Abrams, but Kemp can’t.”

The talk show host said it would be better for the state and the GOP if Kemp stood down from this contest. “Kemp should consider the future of the state of Georgia and the Georgia Republican Party should he decide to stay in and get defeated by Stacy Abrams.” 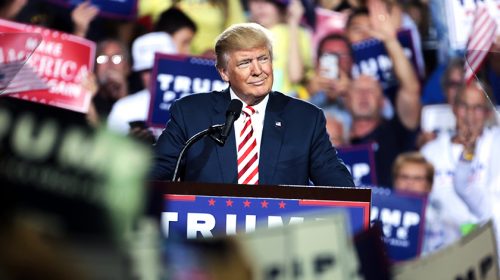 In August, Trump’s pollster Tony Fabrizio conducted a poll of 500 Republicans likely to vote in the 2022 primary which from Perdue trailing both Kemp and former state representative Vernon Jones.

Critically, when Fabrizio asked: “If you knew that President Donald Trump endorsed and fully supported David Perdue for Governor and the Republican primary for Governor were held today, which ONE of the following candidates would you vote for?”

In that match-up, Purdue jumped 25 points with 41 percent against Kemp’s 19 percent and Jones’ 13 percent.