The Paradise Valley Unified School District is in the process of approving a new precalculus textbook for students, and one of the textbooks the school district is considering contains a survey showing that conservatives are allegedly more racist than liberals. The textbook, titled “Precalculus 6th Edition,” by Robert F. Blitzer, includes a graph labeled “Measuring Racial Prejudice, by Political Identification,” which claims that “very conservative” people score 39 when it comes to being racist, whereas “very liberal” people score only 26. There are several in-between groups that generally progress to becoming less racist as they become more liberal.

Kerwin Franklin, a mother of five boys in the district, discovered the chart when she was told parents could come to inspect the book in the school district’s lobby. She told The Arizona Sun Times, “Kids read these things and they think they’re fact, they don’t know that they’re planted there.”

She said the author of the book and the people approving it have an agenda.

“It’s racial justice, diversity, trying to let kids know we’re the most racist society around,” the mother of five said.

The racism graph is from an “Implicit Association Test,” which has been criticized by the Heritage Foundation for its reliability and accuracy. Heritage’s report analyzing the methodology found, “There are high rates of false positives and false negatives associated with the test. The IAT has not been shown to apply to real-world settings.”

The precalculus book is full of information not generally associated with precalculus. Just a small number of the many unrelated topics listed in the index include global warming, freshmen claiming no religious affiliation, death penalty, Amazon deforestation, depression, diversity, divorce, “don’t ask, don’t tell” policy, drug use among teenagers, and probability of accurate results with drug tests. 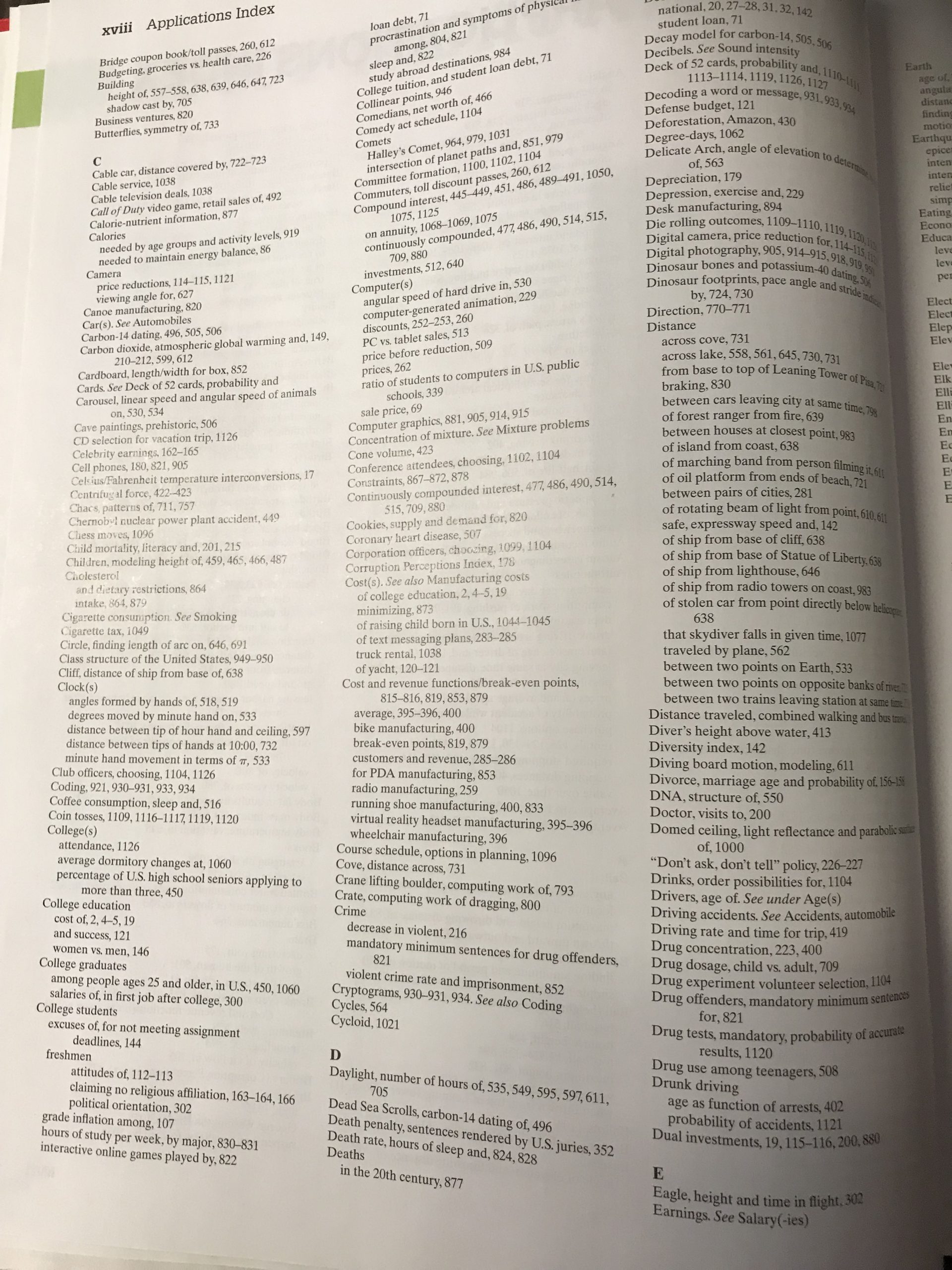 One section of the book is devoted to teaching math through climate change. Franklin told The Sun Times, “If you read it, you wouldn’t think it was a math book.”

Franklin said there was a similar incident last summer with a social studies textbook. It was full of articles about racism, such as “Racism declared public health issue in 145 cities and counties across 27 states.” There were also several articles promoting LGBT issues and climate change, such as “These trans and nonbinary teens hope their books will enlighten the world during Pride” and “Students of Pacific Island Club use poetry to address climate change.” One exercise instructed students to write about the death of George Floyd, stating, “The murder of George Floyd was a tragic event in a long series of violent acts against communities of color.”

The publishing company Pearson produces the textbooks written by Blitzer. Pearson describes its agenda, “As the leading global education provider for learners and schools, we have a unique responsibility to be proactive in bringing social justice topics to the classroom. To be anti-racist. To advance gender equity and LGBTQ equality and inclusion.” Parents Defending Education addressed Pearson’s role in this book and other radical curricula it provides for students.

Franklin said “social and emotional learning” is a new name for Critical Race Theory. And even the former is now being disguised using other names. She said in Chandler Unified School District, it is being called “Mirrors and Windows.” At Desert Shadows Middle School in Scottsdale, it’s called “Mind Body Spirit.” Other names parents have discovered for it are “Sliding Glass Doors,” “Character Training,” and “Mentorship.”

Franklin said this type of curriculum has come into the schools in part due to a bill that was passed into law last year as A.R.S. 15-701.03. Several Republicans joined with all the Democrats to pass it. It sounded innocuous, mental health instruction for students, but Franklin said it has been expanded far beyond helping a few really struggling kids to teaching all kinds of left-wing propaganda to all students.

The opportunity to view the Precalculus textbook ended on December 17. The public can provide feedback to the curriculum team, Superintendent Troy Bales, and the school board before it is adopted.