According to a statement obtained by The Ohio Star, Simpson mistakenly offered the endorsement to the incumbent. The Clermont GOP previously passed a resolution asking party leaders to not endorse a specific candidate in the GOP primary.

“I come before each one of you today to address the attached statement made in regards to me endorsing DeWine. First and foremost, I want to apologize to this committee for making this mistake. My loyalty is to the Clermont County Republican Party and the people in this county. Forethought on all of this has brought me to realize that making this statement as Party Chairman crossed the line,” Simpson said in a statement obtained by The Star.

“Additionally, we have not even completed our endorsement process and as a leader within that process, I must hold myself to a higher standard in the statements I make to the public. Because of this, I am asking that each one of you please accept my apology. I want each of you to know from the bottom of my heart, my loyalty is to you, not Columbus. I have rescinded my statement and requested that it be removed from all public channels.” 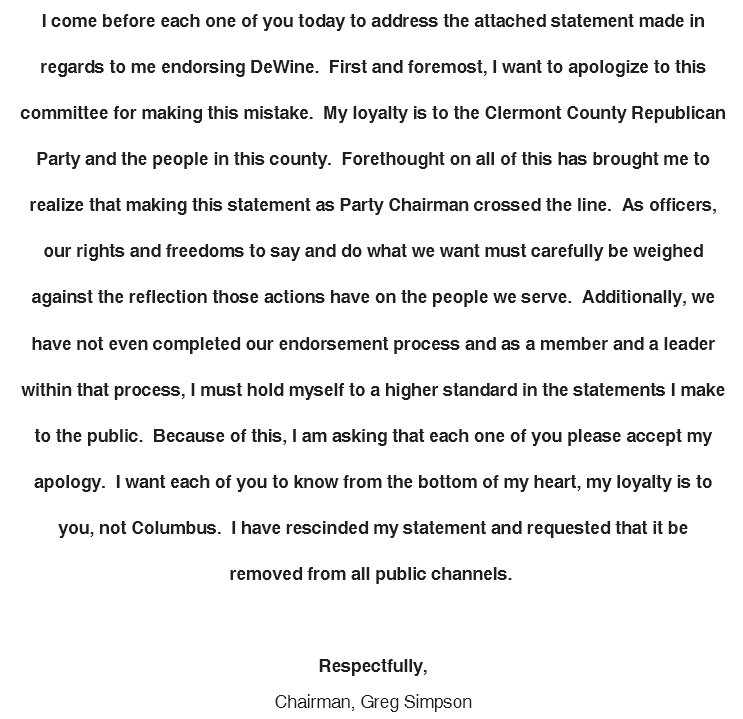 Following Simpson’s decision and request that the endorsement is scrubbed from the public view, DeWine’s campaign Twitter account deleted the tweet announcing Simpson’s endorsement of DeWine, originally calling the governor “a conservative trailblazer.” 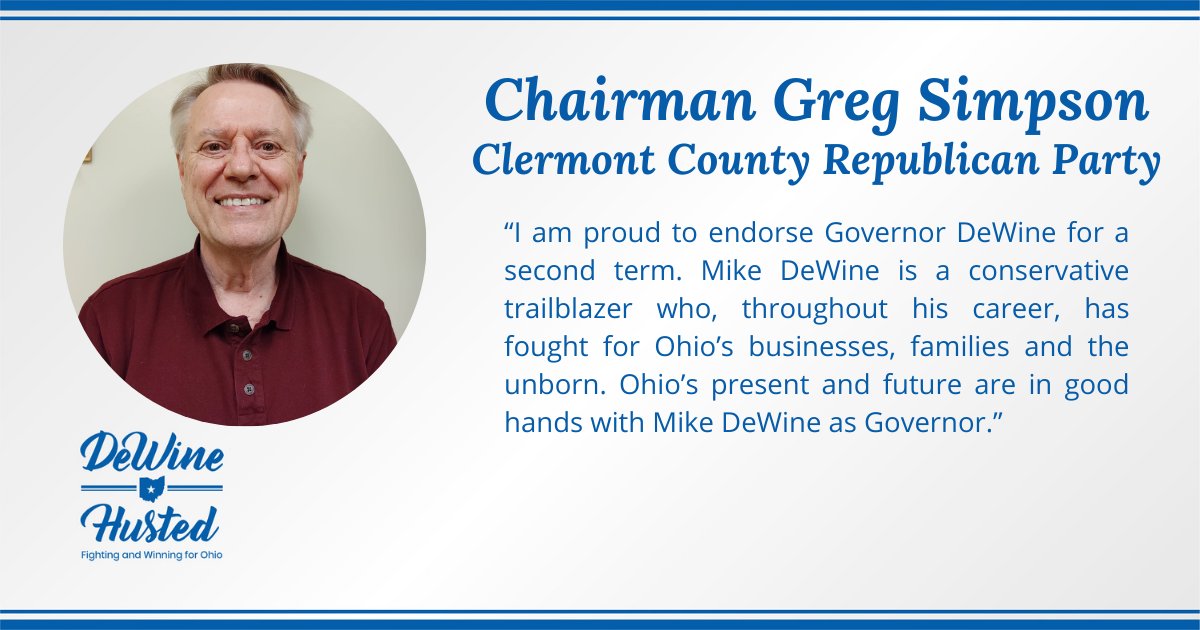 However, the account still boasts a list of DeWine’s endorsements, including Simpson’s name. It is unclear whether DeWine plans to remove the list of names from social media.

Thank you! @JonHusted and I are proud to have the support of such strong elected officials and community leaders across Southwest Ohio. pic.twitter.com/A3K19vTEB5

The incumbent governor remains in a challenging GOP primary attempt, where former congressman Jim Renacci and Joe Blystone are attempting to unseat DeWine.

Recently, Ohio Value Voters, who endorsed DeWine in 2018, offered its support to Renacci.