WASHINGTON, D.C. – The Minnesota priest, who hosts the No. 1 podcast in the country “The Bible in a Year,” headlined the 49th March for Life rally Friday joined by tens of thousands of abortion opponents gathered at Washington’s National Mall, along with religious leaders, members of Congress and performers braving the windy 25 degree-chill.

“Wow, it is an honor—an incredible honor—to be here with you today,” said Father Michael Schmitz, whose podcast finished its first year on December 31 with more than 140 million downloads. “You guys have been such troopers—it is so cold.”

The march is notorious for its cold weather, so much so that the Knights of Columbus, in addition to providing the marshals for the march up east on Pennsylvania Avenue and then up Constitution Avenue to its finish at the Supreme Court, always do a brisk business handing out free KofC-logoed hats and scarves. 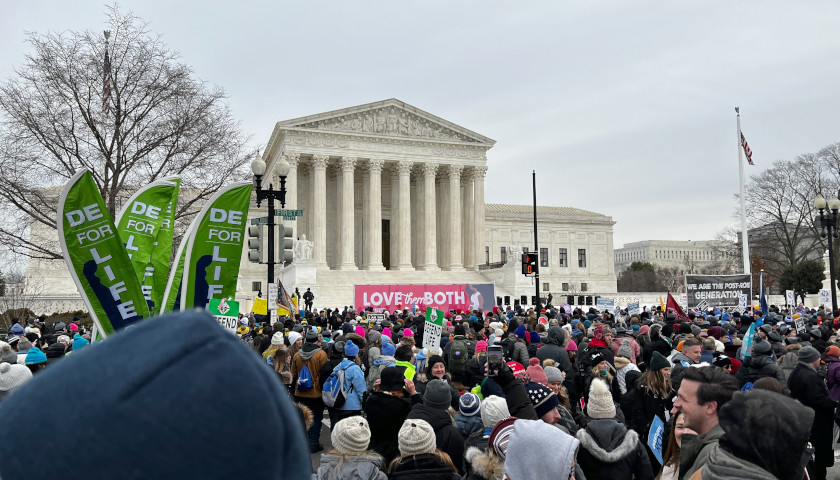 Marchers at the 2016 marchers endured a blizzard and more than 20 inches of snow.

The priest of the Duluth Diocese and a chaplain at the University of Minnesota told the pro-life crowd that far exceeded the 50,000 organizers estimated on their event permit for this year’s march with the theme “Equality Begins In the Womb,” he was inspired by the story of a then-50-year-old Twin Cities woman.

Helen Amonson was the head nurse at Mount Sinai Hospital when the board of directors decided to perform abortions after the Supreme Court issued its 1973 Roe v. Wade decision.

“Helen knew that people mattered. She knew that children mattered, and she knew her nurses mattered,” Schmitz said. “She hated the fact that this hospital that had done such good in the world in that part of the world was going to do such evil.”

The priest, known as Father Mike to his fans, said Helen was disgusted that the hospital management forced her nurses to participate in abortions and dispose of the remains, so she went before the board of directors to make her case.

“She said: ‘This needs to stop. Either you stop doing abortions, or I’m leaving,'” Schmitz said. 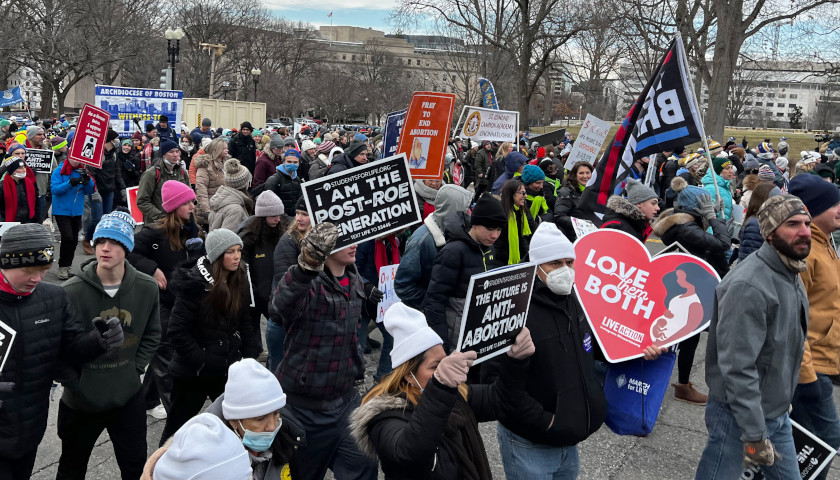 Schmitz said it broke her heart.

“She never went back to nursing,” he said, and with his voice cracking, the priest told the crowd that Helen’s son told him that were it not for her faith, she would have taken her own life.

“But she stood, and she walked, and that matters,” he said.

The priest said it is natural for people marching against abortion to ask: “What does it matter?” out of frustration.

“But when she walked, it changed her,” Schmitz said. 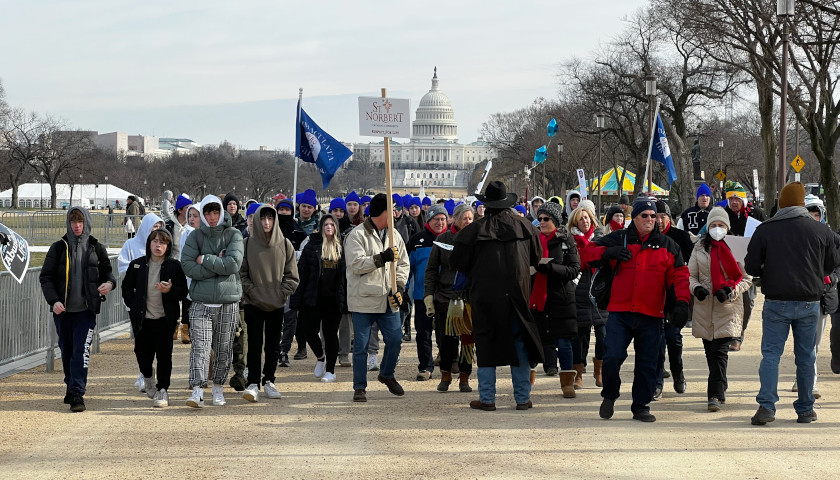 March for Life returns to Washington, D.C. after COVID-19 hiatus

When she reclaimed the podium, March for Life Education and Defense Fund President Jeanne F. Mancini said that the priest was probably embarrassed by the chants, but she was all for them.

When she first greeted the crowd, Mancini, who has led the March for Life since 2012, said she was thrilled to welcome the marchers back to Washington after the march went virtual in 2021 because of concerns about the COVID-19 pandemic. 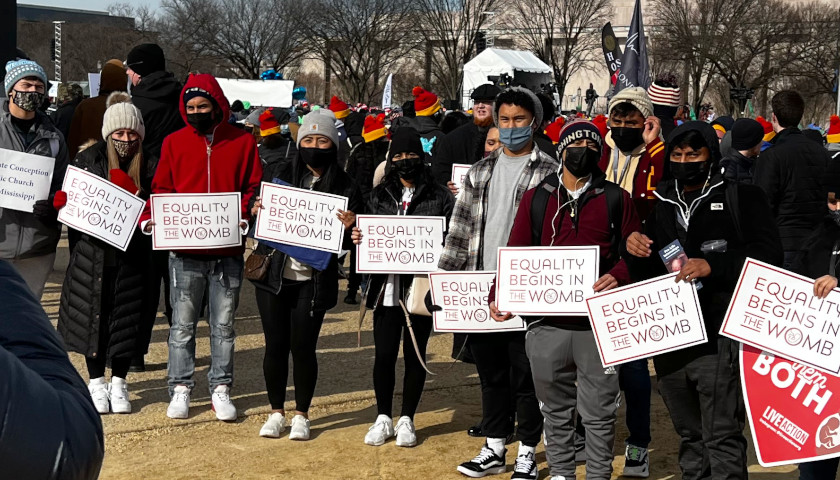 “I cannot tell you how happy I am to welcome you all back—can you tell? I’ve said it five times already,” she said. “Welcome to the largest human rights demonstration in the world.”

His Eminence Archbishop Elpidophoros of America, the leader of the Greek Orthodox Church in America, opened the program, joined by other Greek Orthodox bishops and clerics on the stage.

“We must make the case for life, born and unborn, by our example of conditional love,” the archbishop said.

“We affirm that gift and the sanctity of work, all life, born and unborn,” he said.

“We confess that every being is made in the image and likeness of God,” said the Istanbul native. “Every life is worthy of our protection, whether it is the womb or in the road.”

Letlow: I was filled with awe and wonder at the miracle of carrying my unborn son

More than a dozen members of Congress stood on the stage during remarks by New Jersey Republican Rep. Christopher H. Smith, a co-chair of the House Pro-Life Caucus, and Louisiana Republican Rep. Julia J. Letlow.

Letlow won the January 2021 special election held after her husband Luke J. Letlow, who won the seat in November 2020 but succumbed to COVID-19 December 29, 2021, and was thus never sworn in.

“I remember being filled with awe and wonder at the miracle growing inside of me while praying the Scripture from Jeremiah 1:5 over my unborn son: ‘The Lord said that before I formed you in the womb, I knew you. Before you were born and I set you apart,’” she said. 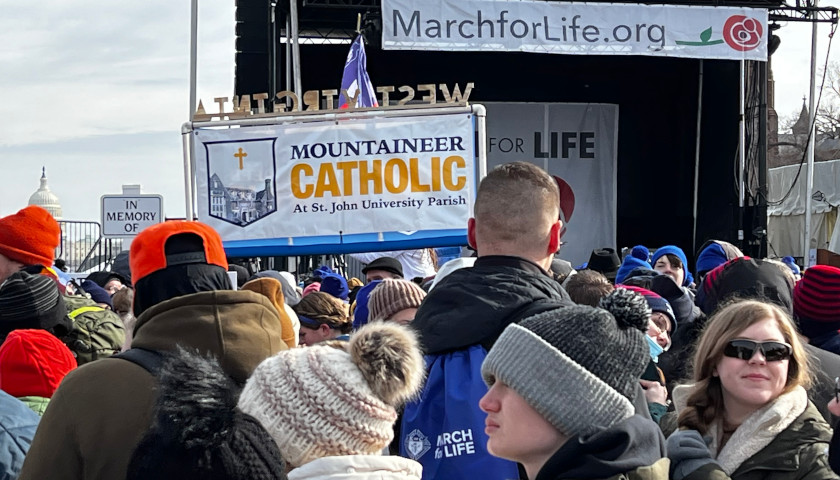 “I have always considered myself pro-life, but I never understood what that truly meant until I saw my innocent and precious child take his first beautiful breaths of life,” she said.

Letlow said everyone was anticipating the Supreme Court’s decision in the Dobbs v. Jackson Women’s Health Organization case, which could end up overturning the Roe v. Wade decision that nationalized abortion policy and opened the door to ending an unborn child’s life up until the moment of birth.

If the high court nullifies Roe v. Wade, abortion policy will return to the states, many of whom still have stringent legal protections for the unborn that were never repealed.

“We are here today because of you,” she said. “We stand one more step closer to saving the unborn; I encourage you: Keep marching. Keep advocating. Keep writing. Keep fighting because, in the end, we will prevail.”

Some Republican senators and congressmen, who did not attend, sent video messages that played on the big screen next to the stage, but one Democrat took the stage to address the crowd. 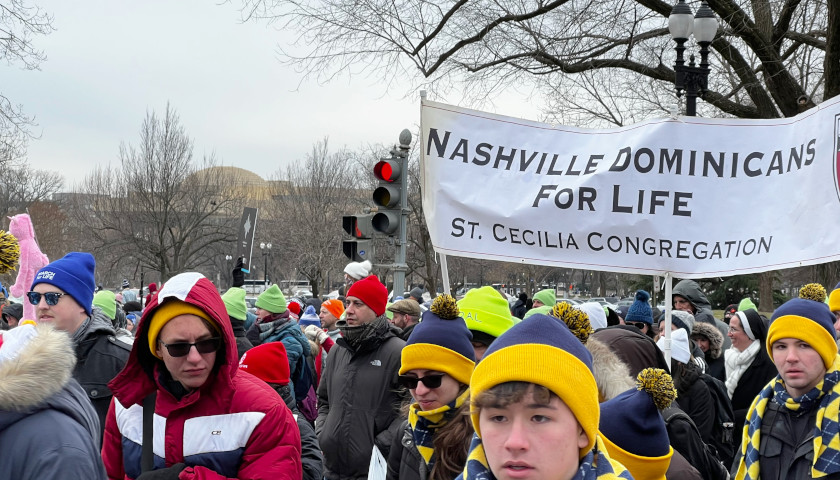 “I spent 16 years in Congress as a pro-life Democrat, until my defense of babies in the womb led to my loss in the 2020 primary,” he said.

“They came after me because they want to silence the voice of pro-life Democrats, but we will not be silenced.”

Neil W. McCabe is the national political editor for The Star News Media. Send him news tips at: [email protected] Follow him on Twitter: @neilwmccabe2.