About 100 Minnesota protesters filled a pedestrian bridge over a highway on Saturday, showing solidarity with Canadian truckers. 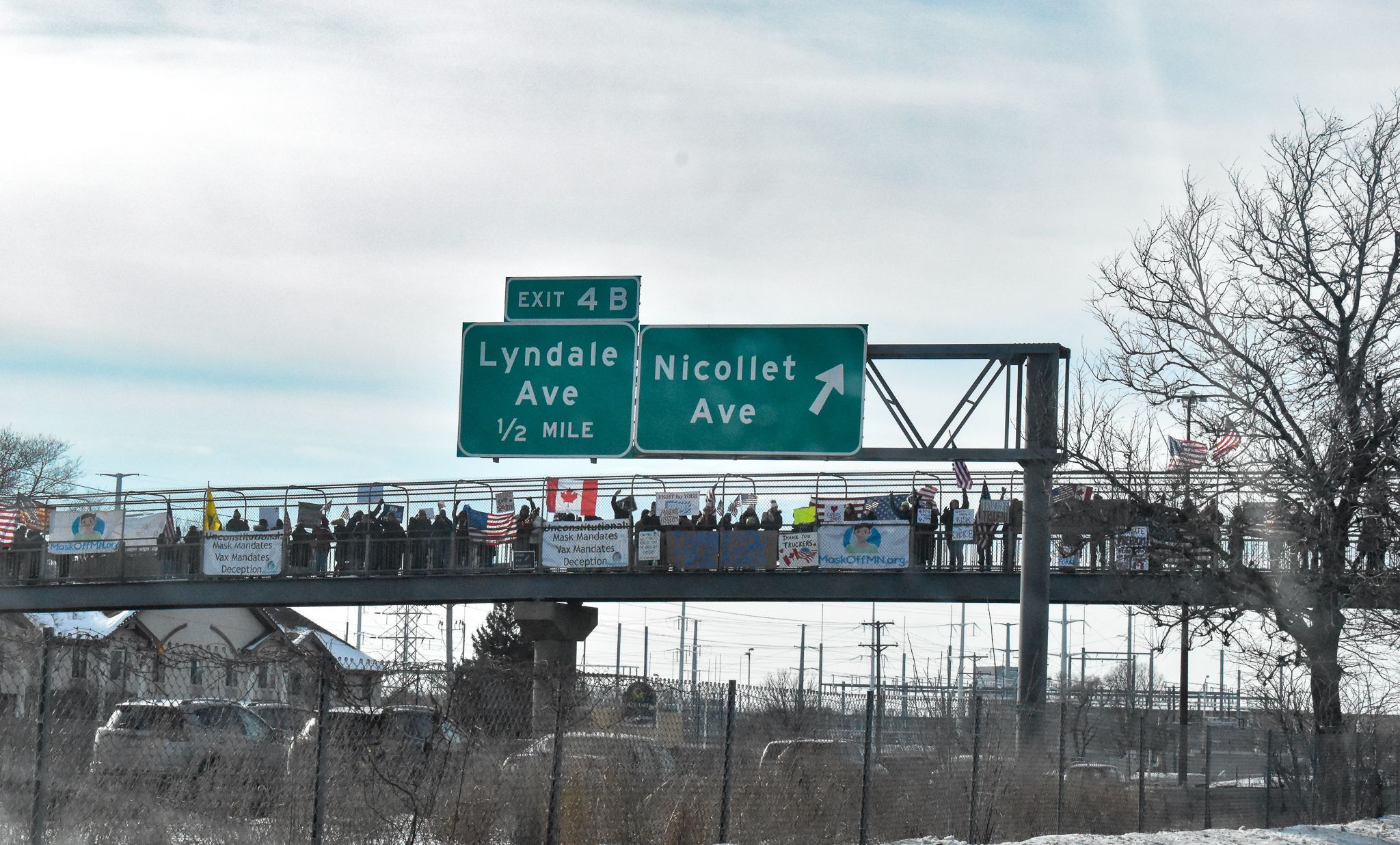 Many held American flags and medical freedom signs. The bridge, over Interstate 494 in Richfield, was filled for approximately two hours. Trucks and cars driving underneath were constantly honking in support.

The event was hosted by two local groups, Stop the Mandate MN, started by State Representative candidate Mark Bishofsky, and Mask Off MN, an activist group.

The convoy of truckers that the Minnesota protesters were supporting crossed Canada last week, their destination on Parliament Hill in Ottawa to gridlock Canada’s capitol.

Another group of truckers have reportedly blocked the Alberta-Montana border crossing as well. 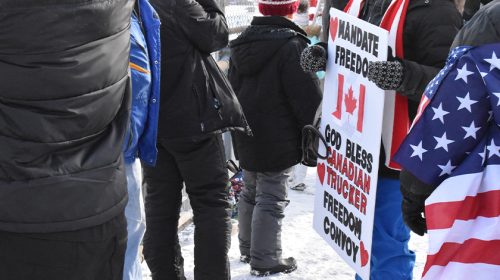 As reported by the Daily Wire, “Many Canadian truck drivers are participating due to a January 15 deadline that forces unvaccinated drivers to observe a two-week quarantine and COVID test before crossing into Canada from the U.S.”

Protesters gridlocked streets in Ottawa Saturday, Sunday, and Monday and have said that they will not leave until all COVID related mandates are lifted.

According to a Go Fund Me started to support the truckers, “We are taking our fight to the doorsteps of our Federal Government and demanding that they cease all mandates against its people. Small businesses are being destroyed, homes are being destroyed, and people are being mistreated and denied fundamental necessities to survive.”

The United States has also implemented a COVID vaccine requirement for non-citizens crossing the borders. According to the Department of Homeland Security (DHS) Twitter as of January 22, “DHS will require non-U.S. individuals seeking to enter the U.S, via land ports of entry and ferry terminals at the U.S.-Mexico and U.S.-Canada borders to be fully vaccinated for COVID and provide related proof of vaccination.”

NEW: Beginning Saturday, January 22, DHS will require non-U.S. individuals seeking to enter the U.S, via land ports of entry and ferry terminals at the U.S.-Mexico and U.S.-Canada borders to be fully vaccinated for #COVID19 and provide related proof of vaccination.

According to a Facebook group with over one hundred thousand members, “Convoy to D.C. 2022,” a convoy is also reportedly being planned to Washington D.C. to make a similar stand for medical freedom in the United States.