ALPHARETTA, Georgia — Georgia gubernatorial candidate David Perdue on Tuesday launched a statewide tour to communicate his priorities to voters, and they include reforming the state’s election system and overhauling the way the state government collects taxes. 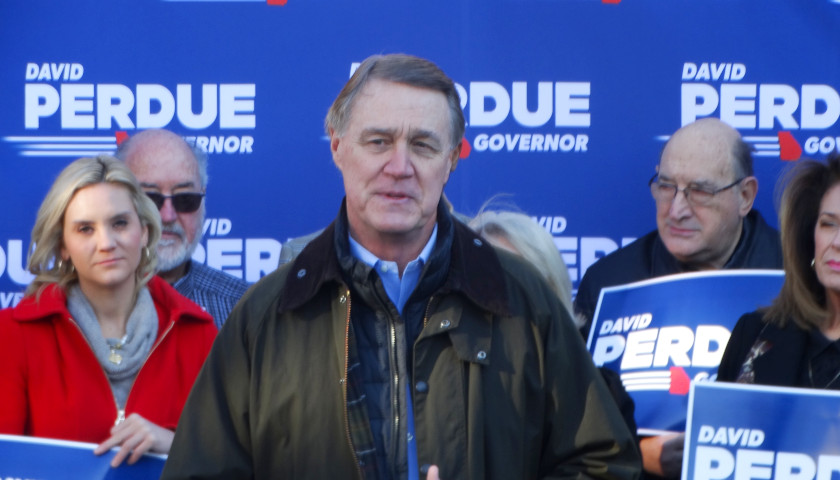 Perdue launched his tour in Alpharetta. He said, right now, the Republican Party is divided. Perdue mentioned that former President Donald Trump endorsed him and added that Trump does not dispense such endorsements lightly.

“I am proud to say that that agenda produced the best economic turnaround in U.S. history. Now we are taking that same thought process to the people of Georgia and giving them a choice about who they want to stand up to Stacey ‘The Hoax’ Abrams.”

“I think we saw this in the last election. We have no foreign policy. No border policy. No energy policy. They want to defund the police and inflation is out of control,” Beach said. 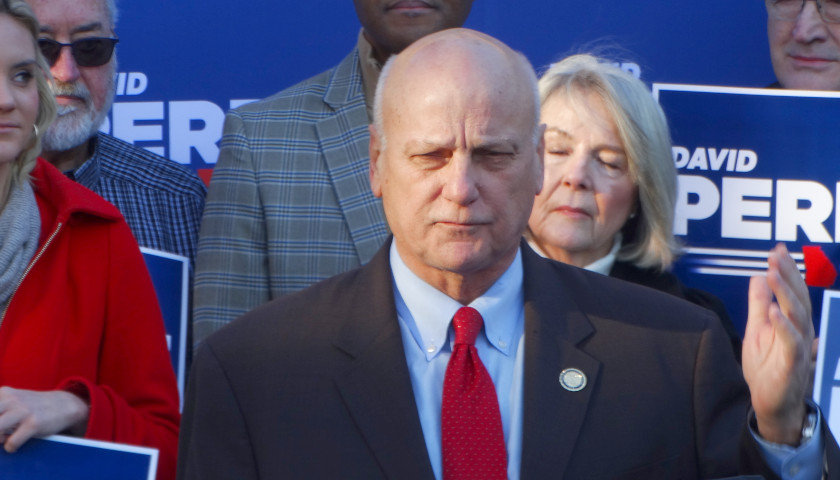 “We have a supply chain that is broken. We can’t have that anymore. We need a leader who is a doer and is a fighter.”

Perdue said later that nine states — not including Georgia — do not have a state income tax. He said he’s working with two renowned national economists, neither of whom he identified, to devise ways for Georgia to abolish its state income tax.

Perdue also repeated his intent to create an Election Law Enforcement Division that would investigate alleged violations of the state’s election laws.

“I love his family, but I think he caved in to the left in 2020, and he turned the election process over to people who didn’t have the best interests of everybody in the state as their first thought. We think the election was manipulated,” Perdue said. 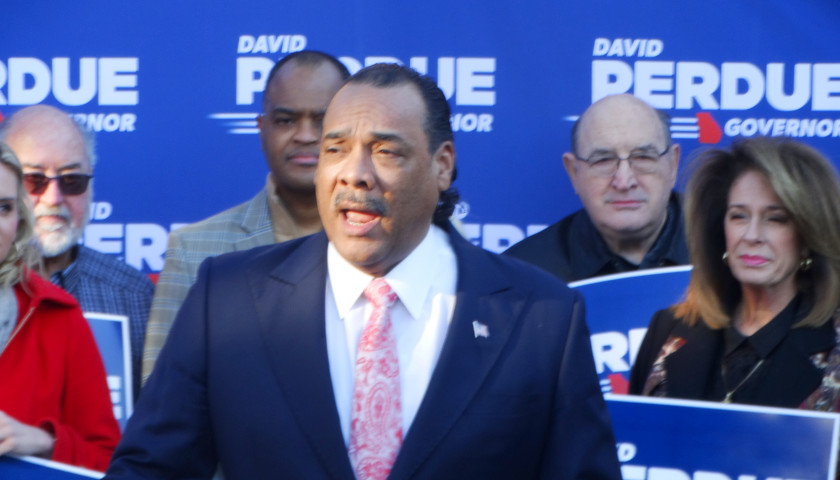 “Since then, the governor has denied that anything happened. He called it a clean election. I asked for a special session. I filed three lawsuits. We asked for [Secretary of State] Brad Raffensperger’s resignation. We got no help from the four top leading Republican officials in the state of Georgia. What we are doing right now is giving a referendum choice to Republicans to see who they want to stand up against, I assume, Stacey Abrams, in November.”

Members of the Georgia General Assembly in 2020 pushed Kemp to call a special legislative session before the U.S. Senate runoff elections in January of last year.

The special session did not happen. Had such a special session occurred then state legislators would likely have addressed the appointed presidential electors and the implementation of laws limiting voter fraud in the general election runoff.

Kemp, in December 2020, would not use his authority to change the date of the state’s two U.S. Senate elections from January 5 to February 1 of last year. Moving back the date might have given members of the Georgia General Assembly additional time to coordinate and develop ways to prevent potential election fraud.

Chris Butler is an investigative journalist at The Tennessee Star and The Georgia Star News. Follow Chris on Facebook, Twitter, Parler, and GETTR. Email tips to [email protected]