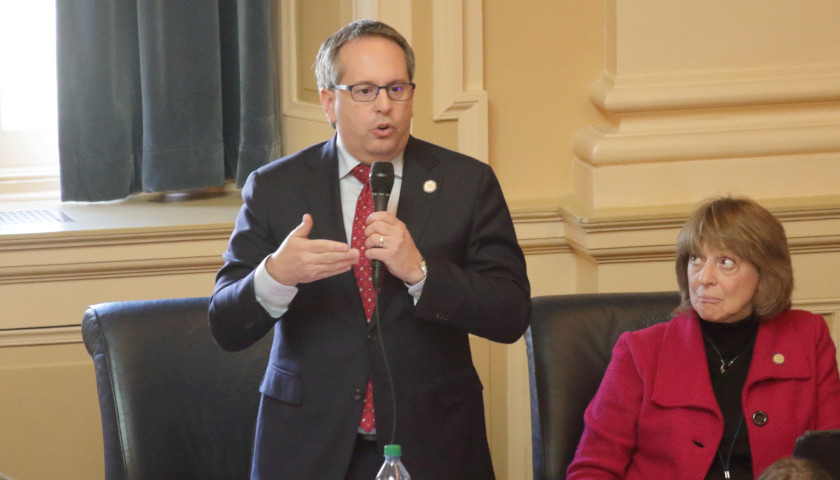 “The admissions process has long been controversial at TJ. Diversity, frankly, has long been a problem. And there was some great debate yesterday about this bill and about how we might go about addressing the issue of diversity at governor’s schools. The real answer is that the problem begins and ultimately needs to be solved, not in middle school, but in kindergarten, maybe even before,” he said. “The current TJ admissions process has now resulted in a broader and deeper applicant pool than ever before.”

Sullivan said under the new admissions process, the average GPA for students offered admission was 3.9539, while still yielding a more diverse student body.

Delegate Lee Ware (R-Powhatan) said he also was the father of students who had attended a governor’s school, and noted that the student body at his son’s school had people from broad backgrounds.

“We are all bettered when we provide a forum in which the best can excel. This is the effort that is underway here,” Ware said.

He said, “We have got to continue to provide equal, equitable access to these opportunities. And removing a huge part of what a student is, what makes them who they are, as this bill would seek to do, really retards our ability to do that.”

The House Republicans touted the result in a press release: “The legislation passed today not only removes the aforementioned student characteristics from admissions decisions, it requires local school boards to ensure that all middle schools serving these high schools offer the same high-level preparatory curriculum to ensure all students have the same foundation from which to pursue admission.”

“Our Governor’s Schools are the envy of the nation because of their commitment to meritocracy,” Speaker of the House Todd Gilbert (R-Shenandoah) said. “Academic excellence should be the only prerequisite considered for admission.”

Eric Burk is a reporter at The Virginia Star and The Star News Digital Network.  Email tips to [email protected].
Photos by Eric Burk.