Phoenix Elementary School District 1 is cutting the merit-based pay of veteran school teachers, which accounts for 15% of their salaries, while offering $1,500 bonuses to new teachers who join the district. Some of the teachers believe it is in part due to the fact more experienced teachers are less likely to support Critical Race Theory (CRT) and other radical curricula. Teachers at one of the district’s schools, Shaw Montessori, held a protest in front of the district’s administration building Wednesday night while its leadership was meeting.

The teachers found out in early February about the pay cuts. Administrators, principals and other staff are getting pay raises, veteran teacher Vanessa Stricker told the Arizona Sun Times. And Phoenix Elementary School District 1 School Superintendent Larry Weeks got a pay raise last year that was reportedly was 12%, maybe even as high as 16%, just in time to substantially increase his retirement pay when he retires in May. 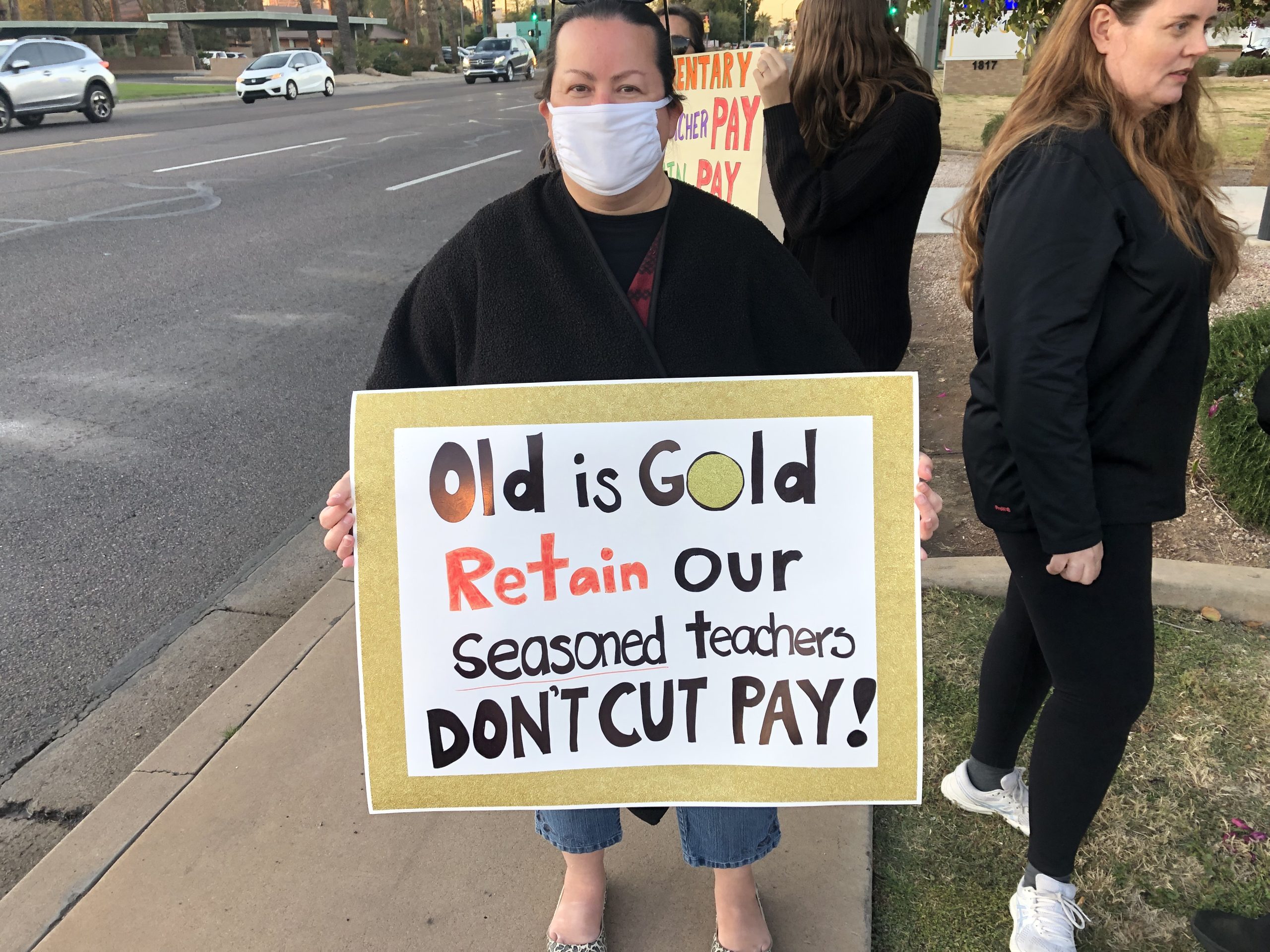 The pay cuts will affect how much retirement pay the teachers get. With inflation skyrocketing, it’s going to hit them doubly hard, Stricker said. She pointed out that instead of investing funds into teacher salaries, the school district spent a hefty amount — $632,498 plus possibly more in overrides — repainting every school this summer.

Veteran teacher Naomi Robert told the Sun Times that every teacher at Shaw Montessori has at least a master’s degree, and more than two-thirds of them will be hit with the pay cuts. The pay cuts vary in range, she said, with some teachers poised to lose $6,000 a year, some more, up to at least $13,000 per year. She intends to submit a public records requests to determine the birth year and specialties of the teachers affected. She suspects Social Studies teachers are significantly affected.

One teacher who asked not to be identified told the Sun Times that she suspects the reason experienced teachers were targeted is because they’re more likely to push back against the school district increasingly directing teachers to teach CRT and other progressive education agendas. She said the school district’s governing board discussed publicly how to not hire teachers like her via a vetting process through the HR department.

Another teacher said she’s heard mumblings that Shaw Montessori is an “outlier” and “white women can’t teach children of color.”

Educator April Pettit told the Sun Times this is a terrible time to cut salaries due to the national teacher shortage crisis caused by COVID-19. A lot of good teachers retired because of the pandemic.

Another teacher, Marisa Punchios, explained to the Sun Times that Shaw Montessori has a great record, and the school has excelled with its highly qualified teachers. It was one of the first public-school Montessoris in the U.S. — Montessoris are generally private schools. The Montessori system has been impressed with how well Shaw Montessori has done. Punchios lamented, “I don’t want to see D and F students.” Punchios said some are saying the cuts are due to declining enrollment, but enrollment actually went up last year. 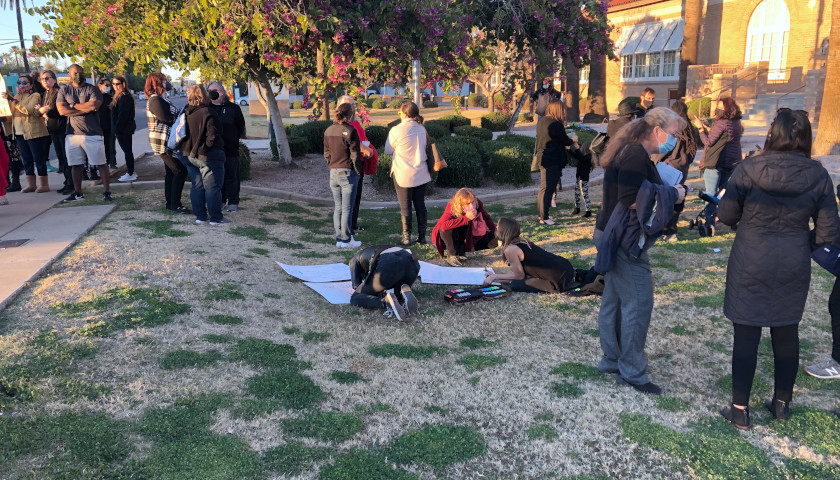 The cuts are going to hurt minority students, since it is a heavily Hispanic district, according to Punchios, and some of the teachers will be forced to transfer to other school districts. Many of those protesting weren’t even targeted for pay cuts; they showed up to support their fellow teachers because they felt so strongly about it. Instructional assistant Holly Ruiz told the Sun Times that some teachers won’t be able to afford gas to get to school with the cuts.

Weeks sent an email to all teachers in the school district last year instructing them to visit tolerance.org (which has morphed into learnforjustice.org) and other similar sites and teach their students the content. Topics include gender & sexual identity, race & ethnicity, religion, immigration, class, and bullying & bias.

The site declares, “The Social Justice Standards provide a road map for anti-bias education at every grade level.” Another area refers to social-emotional learning, which is considered another term for CRT. “Critical Practices for Anti-bias Education offers practical strategies for accomplishing academic and social-emotional goals side by side.”

Last June, the Arizona Department of Education, which is headed by Democrat Kathy Hoffman, sent a letter to Arizona school teachers instructing them to sign up for a free four-part learning series on social-emotional learning.

The school district has also been rocked by a dispute on the governing board over whether to make a Black Lives Matter resolution even more forceful. The three white board members who did not go along with it were attacked by the Phoenix Elementary Classroom Teachers Association (PECTA) union. PECTA declared that one of the members responded with “resistance, fragility, and white privilege in stating that it will be on her timetable to issue a statement.” They harassed the board president during the meeting over it and demanded that she resign.

The three white board members were effectively expunged from the board. They’d been serving Phoenix Elementary for years, in various positions.

The teachers said they are in talks with their union to see if the cuts can be walked back. GreatSchools rates Shaw Montessori an 8 out of 10 for test scores, extremely high for an inner-city public school. The school is 48% Hispanic, 30% white, and 10% black.