NASHVILLE, Tennessee- Michael Ray grew up in a family compound off a dirt road in the small town of Eustis, Florida, just a few miles from a tiny old country church where Sunday service would be held, where communion often carried over to tall tales of his grandparents’ days running moonshine up the East Coast.

And even though he did not write the song, when he first heard “Holy Water” it took him right back to being a boy in that church, sitting in a wooden pew listening to some of the greatest truths that he holds onto to this day.

Written by Ashley Gorley, Hunter Phelps, Ben Johnson, and Michael Hardy, “Holy Water” is about a backwoods preacher who has a lucrative side hustle, and the only way to not be reported to the law is to provide his deacons a cut of the profits.

The song itself is a mini-movie with relatable characters painted on a rural, swampy backdrop that lends itself to good storytelling.

Relays Ray, “That’s what made me fall in love with country music. Being born into a family who had their own band and loved traditional country music, I was a product of the storytelling of Merle Haggard, Earl Thomas Conley, Johnny Cash, Kris Kristofferson, and Porter Wagoner. I love the story songs.”

And though the song was originally released in August of 2021, he states, “One thing I loved about “Holy Water” is that I never got tired of hearing it, I never got tired of recording it, I’m not tired of it now. It’s like watching those old comedies. You can’t watch them enough. You know how it ends, but you still want to see/hear it again.”

One thing that draws me to Michael Ray’s music is that he embraces the traditional sound that he was raised with. And while some of his music may have more modern themes, it still sounds like real country music. 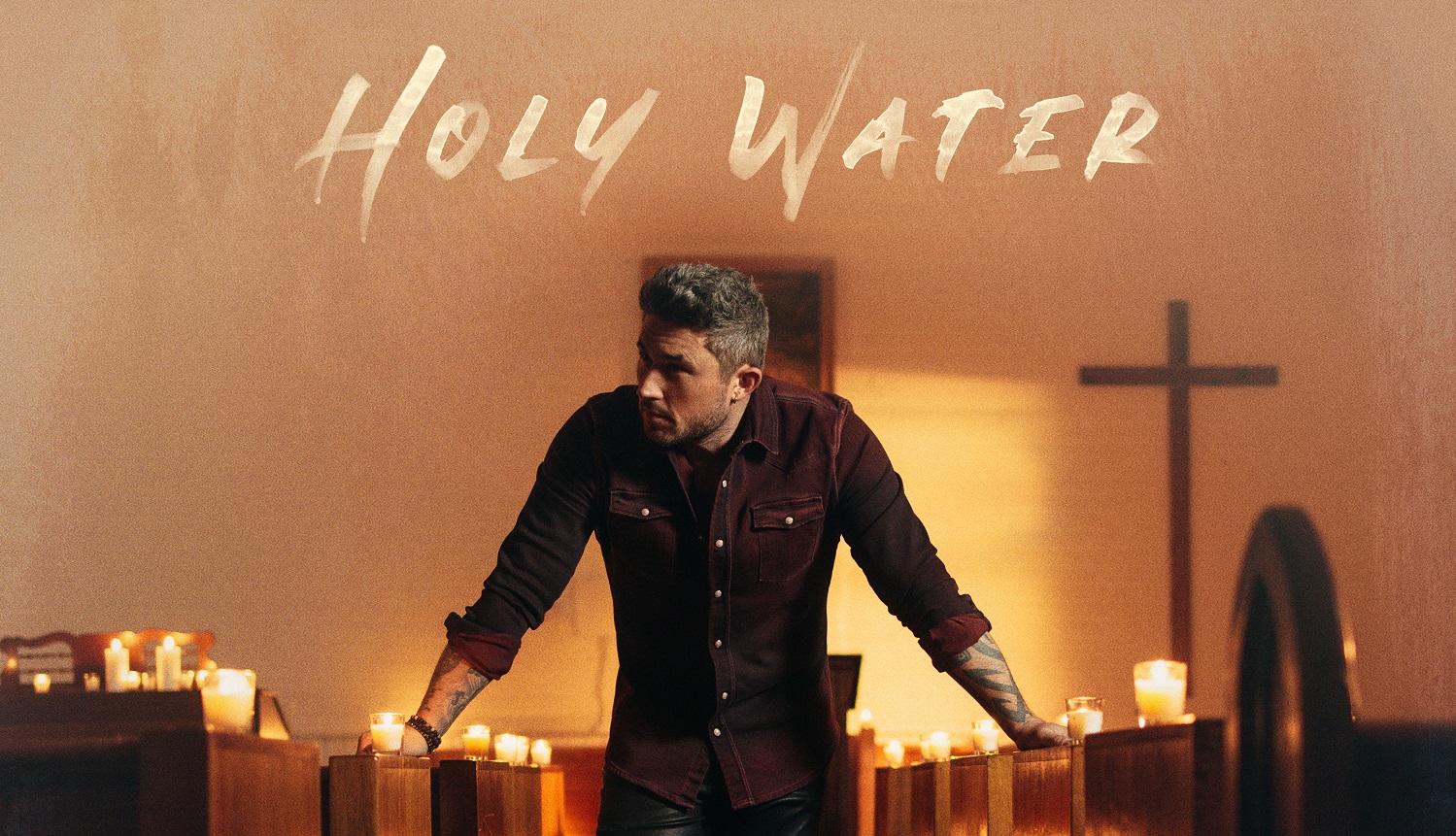 “Holy Water” is part of Ray’s recently released EP, Higher Education. People magazine observed that “Ray found a refuge in the mere act of making music that tells his imperfect story, a story that so many people in this world can certainly relate to during these crazy days.”

He told me, “This whole EP was part of my growth, with me stepping in and doing what I haven’t been able to do before. I am able to really be honest with myself and say ‘this is where I want to go. This is the lane I want to be in.’”

With Higher Education, renowned producer Ross Copperman brought the newer vibe (for which he has innate radar) and fused it with the traditional country sound that Ray croons so effortlessly.

Although Ray himself is an accomplished songwriter, and has several of his cuts on his EP, choosing to add “Holy Water” to the collection was a no-brainer. 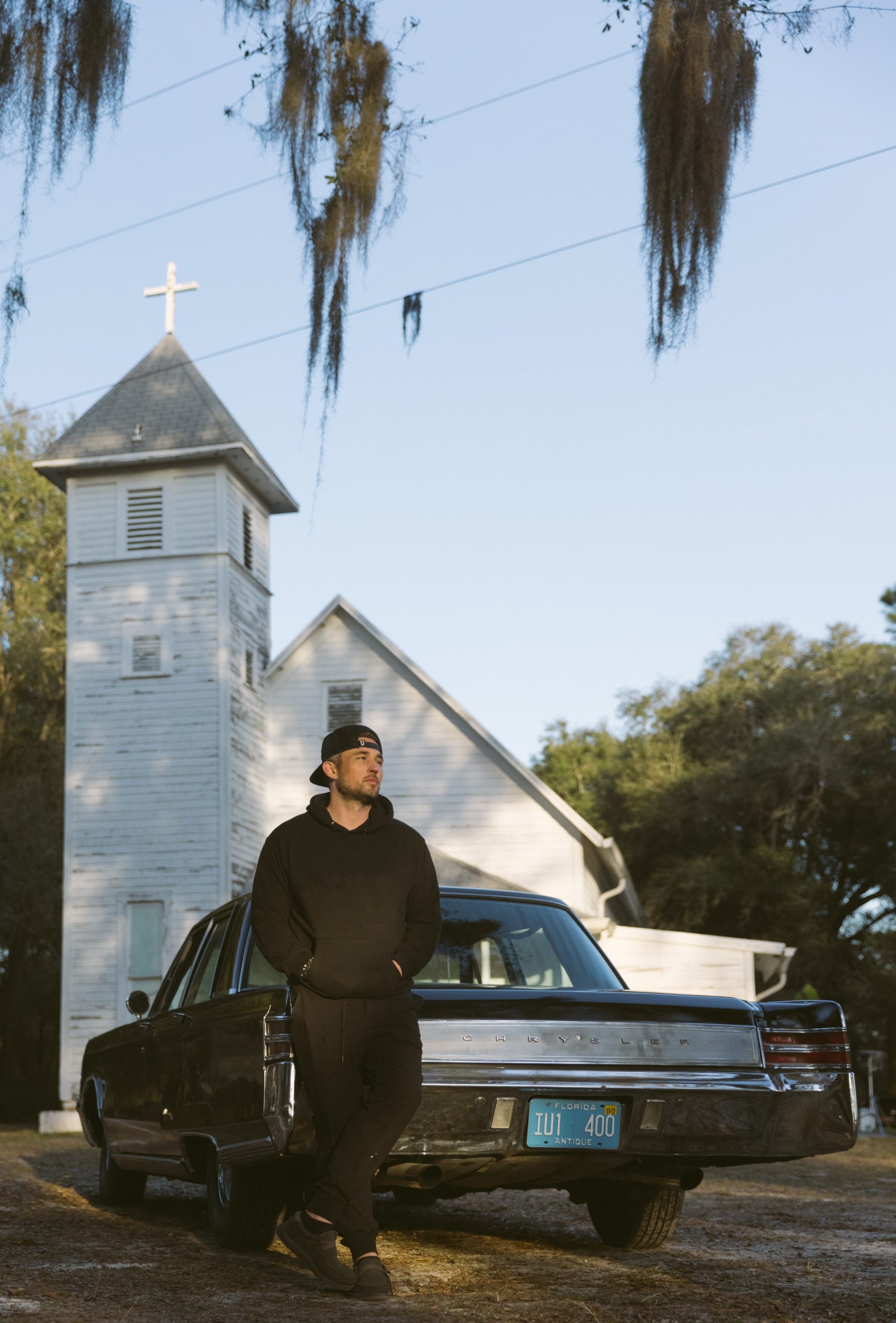 He expounds, “It checked every box. I wanted a story song. I wanted that swampy, ‘Amos Moses’-type feel to it. Not only could I relate to the song, but I also lived the story. I listened to the song a hundred times. When we recorded it, we felt the magic happen. We knew we had something special.”

He reminds, “I love songwriting, but my heroes listen to outside songs, too. I’m a fan of the songwriter and now more than ever, we really need to support our songwriters.”

“Holy Water” is the perfect follow-up to Ray’s mega No. 1 hit, “Whiskey and Rain ” with its cinematic plotline.

“Seeing the fans gravitate to ‘Holy Water’ and getting calls from media, radio and streaming services and artist buddies about this song, it really validated to us that we were heading in the right direction. The love for it was across the board.” the Florida native confirms.

The video for “Holy Water” was shot and filmed in Ray’s hometown of Eustis, Florida, in the church that his family attended for generations. Started in 1889, the little white church hasn’t changed in years and was the perfect setting for the epic tale of the song. The church still to this day is a working church. Many of the people in the congregation footage are real parishioners of the church.

In the video, you can see a prime example of Ray’s ability to sing mouthfuls of detail with the smooth, unhurried delivery of a veteran storyteller.

With the words from the first verse Somewhere inside them back Florida pines there’s a town with a Choctaw name/There’s a little white church in a real tight curve on the edge of a field full of grain/ Yeah, the preacher was a stand-up man shaking hands every Sunday morning at the door/ He loved his congregation, but he ran an operation selling more than the word of the Lord, you can see the story start to take shape with lyrics that compel you to stay to the end to see how the tale turns out.

I informed Ray that back in the day, my own grandfather was a Pentecostal preacher in South Central Florida, but before he got saved, he was a bootlegger as well.

To which he replied, “We are probably related. Check 23andMe.”

To date, Michael Ray has garnered over 1 billion global streams, over 650,000 album equivalents, and over 100 million YouTube views. Along with his four No. 1 singles, Ray has a total of six RIAA certifications: Platinum-certified “Think a Little Less,” and Gold-certified songs “Whiskey and Rain,” “Her World or Mine,” “One That Got Away,” “Get to You” and “Kiss You in the Morning.”