Prior to the start of the meeting, there was some confusion, as some members and campaigns expected the TNGOP to take action on the challenges at Saturday’s meeting.

Chairman Golden, during the meeting, explained that the TNGOP could not take action on the challenges at the current meeting, because the deadline for challenge filings was noon and would occur during the meeting. The meeting, which occurred at the Courtyard Marriott in Goodlettsville, started at 10:30 a.m. and ended at approximately 1 p.m.

The party needs more time to validate challenges in races all over the state that may have come in after the noon deadline. “If we vote today, it would deny due process,” Golden added. 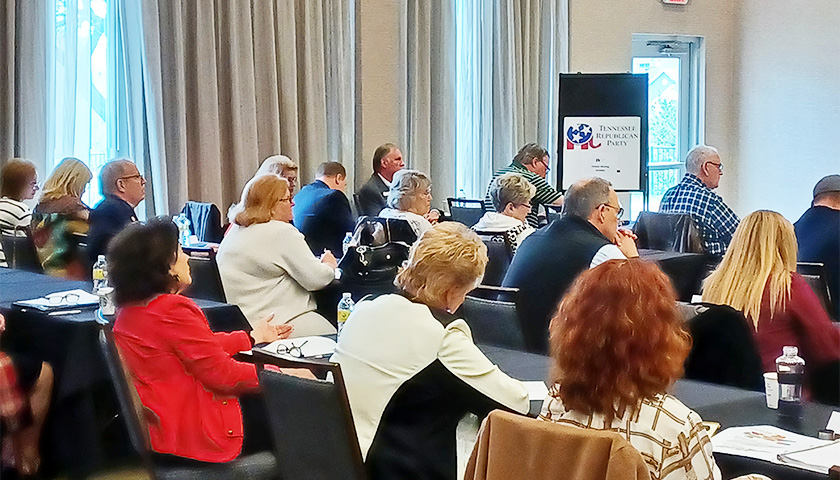 It was explained to those in the room, that the TNGOP bylaws allow for candidates’ Republican bona fide status to be challenged if they were not considered active members in the TNGOP, local party, or recognized affiliate, did not vote in three of the last four statewide Republican primaries, or in races where there is a Republican incumbent, did not submit a filing fee.

Golden explained to the TNGOP SEC members that Thursday, the party would send letters to the Tennessee Secretary of State’s office telling them that candidates with verified challenges are off the ballot and those campaigns would be suspended.

In the race for the 5th Congressional District, that means Thursday Ortagus, Starbuck, Lee, and Parks will be off the ballot, at least temporarily.

The TNGOP would then have until 12 p.m. on April 21 to adjudicate the challenges. They have two options, to restore the candidates to the ballot or to allow the deadline to pass without restoration. For the TN-5 challenge votes, the 15 person committee has not decided how it will meet to adjudicate the challenges. According to Golden, the adjudication process will begin and end sometime after April 14 and prior to the April 21 deadline.

During his overview of the process, Golden did say he would begin getting feedback from members of the SEC committee on how they plan to vote on “Easter Monday”. There is no process outlined on how the committee must meet, so it could be possible for Golden to poll the members of the meeting to be conducted via a conference call. 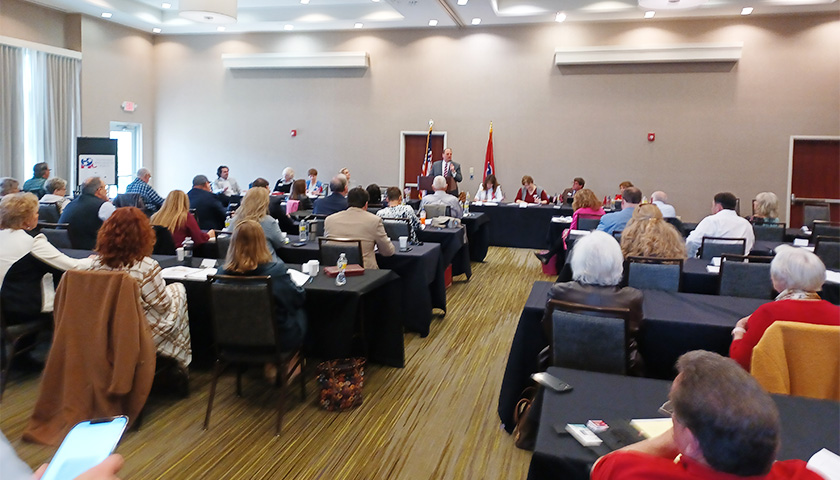 Barring court intervention, April 21 is the date that the Secretary of State’s office will finalize the ballots. Chairman Golden mentioned during his remarks that the three-year residency requirement legislation passed by the General Assembly is expected to become law Wednesday. There is already a pending federal lawsuit filed by Ortagus supporters challenging the legislation. That legislation has nothing to do with the TNGOP challenge process and was mentioned for informational purposes.

Golden said that the TNGOP will send out packets on Monday, April 11 via FedEx to the candidates whose Republican bona fide status was challenged as a courtesy so they could be afforded due process to prepare for a SEC committee vote on ballot restoration.

If a candidate was not considered active in the TNGOP, local party, or recognized affiliate, they would be given the opportunity to remedy that. Something as simple as a $5 check to the county GOP committee would suffice.

If a candidate fails to meet the three out of four voting requirements, then they must be vouched for in writing by a bona fide Republican in compliance with the TNGOP bylaws to satisfy that requirement.

Restoration is not automatic. In the case of the TN-5 candidate challenges, the 15 member SEC committee will have to vote to restore or not to restore. The committee is made up of Golden and fourteen other SEC members who represent the old 5th Congressional District. The new district SEC members do not take office until September.

The chairman did address the possibility of lawsuit filings after the challenge process is complete, telling the SEC that state law is on their side and the TNGOP will spend money to defend itself and its members against lawsuits that may be filed regarding the challenges. 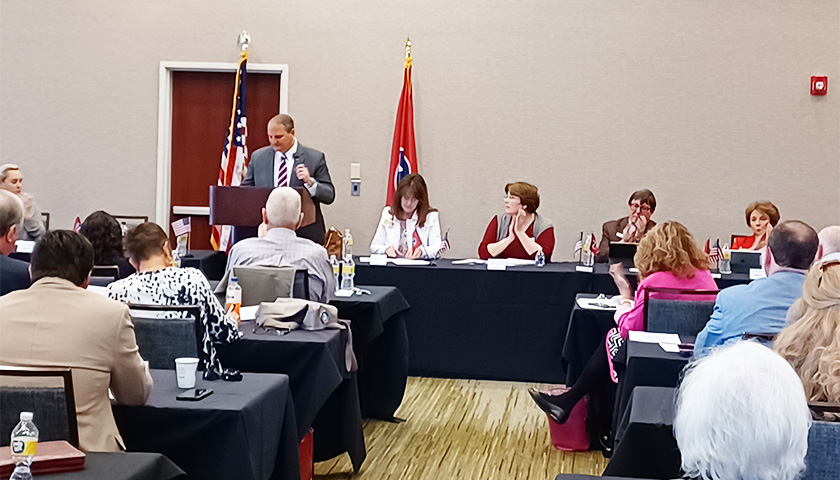 That was a concern raised publicly by some SEC members at the meeting because according to members of the SEC, one of the candidates in the TN-5 GOP primary or a representative said something in an email that made those members believe that they would be individually sued if they ruled to keep that candidate off the ballot.

Sources tell The Star that the campaign that sent that email was Starbuck for Congress. Starbuck previously threatened legal action if his eligibility was challenged.

“If they do contest my eligibility, I hope they have deep pockets because they’ll end up paying my legal fees after I win,” Starbuck said.

The Ortagus campaign distributed a packet that claims that she “has voted in three most recent statewide Republican primaries that she was eligible to vote in.”

At the end of the meeting, Golden again summarized the process, emphasizing Thursday as the time the challenged candidates go off the ballot and April 21 as the deadline for restoration.

Additionally, the full TNGOP State Executive Committee passed an amendment to the bylaws which will affect the challenge process after the 2024 elections. The bylaw change bans the use of vouching for challenged candidates if they voted in a Democratic primary when there is a GOP alternative. That bylaw change passed by voice vote.

In TN-5, Lee would be excluded from running if that change had taken immediate effect.

Aaron Gulbransen is a reporter at The Tennessee Star and The Star News Network. Email tips to [email protected] Follow Aaron on GETTR, Twitter, and Parler.