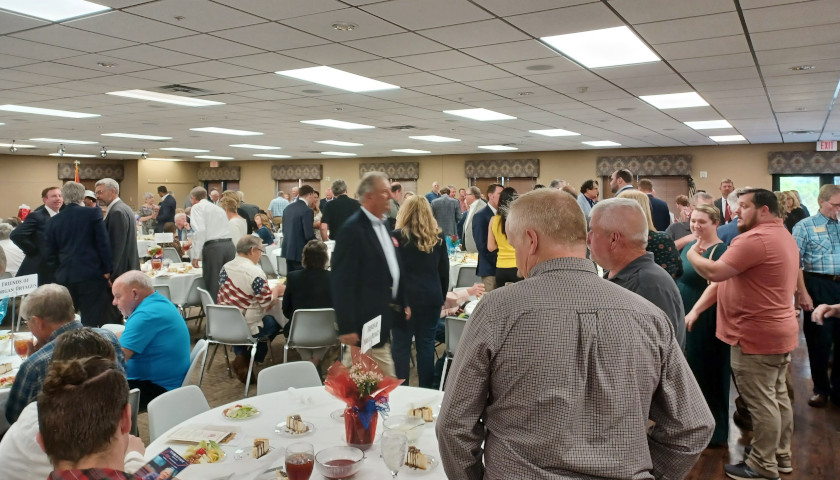 Quan, a vocal supporter of Starbuck, was one of the individuals who vouched for the native Californian after his Republican bona fides were challenged.

Sources tell The Star that a former campaign staffer for Ortagus informed the Davidson County Republican Party (DCRP) that she does not plan to attend its June forum. 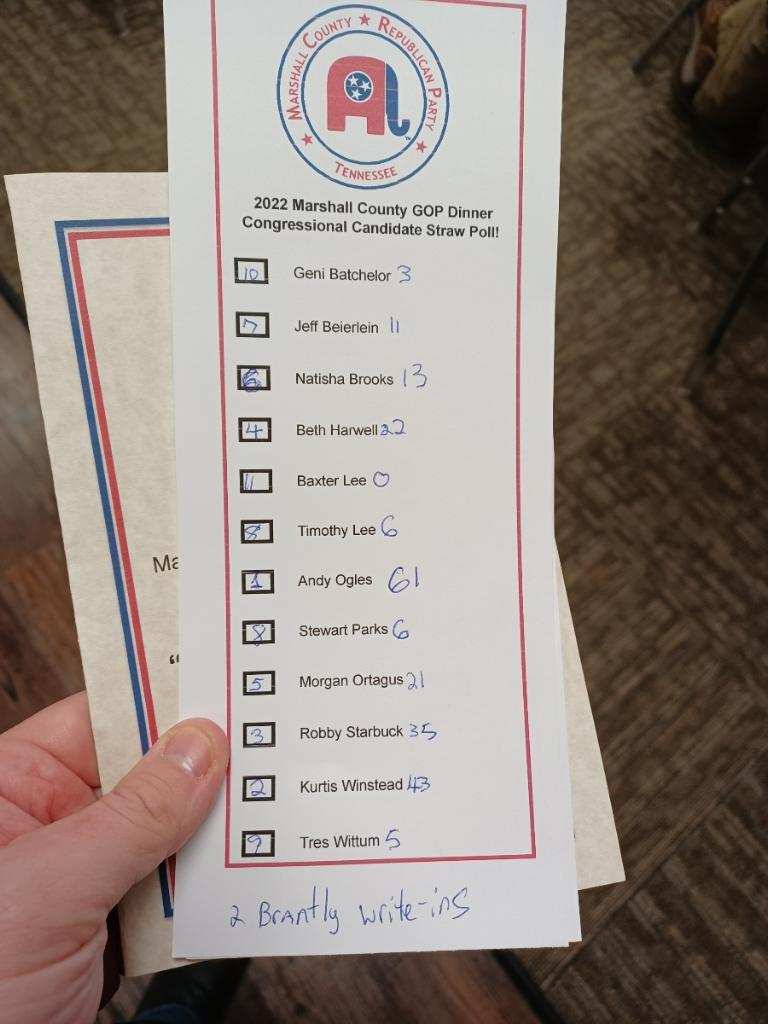 The full straw poll results are as follows:

As previously noted, straw polls are non-binding and do not have any bearing on the ultimate election results.

The Republican primary for Tennessee’s 5th Congressional District is scheduled to take place on August 4 without Starbuck, Ortagus, and Baxter Lee.

The Marshall County Republican dinner, an annual tradition for the party, took place at the Lewisburg Parks & Recreation Center. The vibrant Republican crowd seemed energized and enthusiastic. Several attendees told The Star that they are looking forward to November and a new Republican majority in the U.S. House and U.S. Senate.

Aaron Gulbransen is a reporter at The Tennessee Star and The Star News Network. Email tips to [email protected] Follow Aaron on GETTR, Twitter, and Parler.