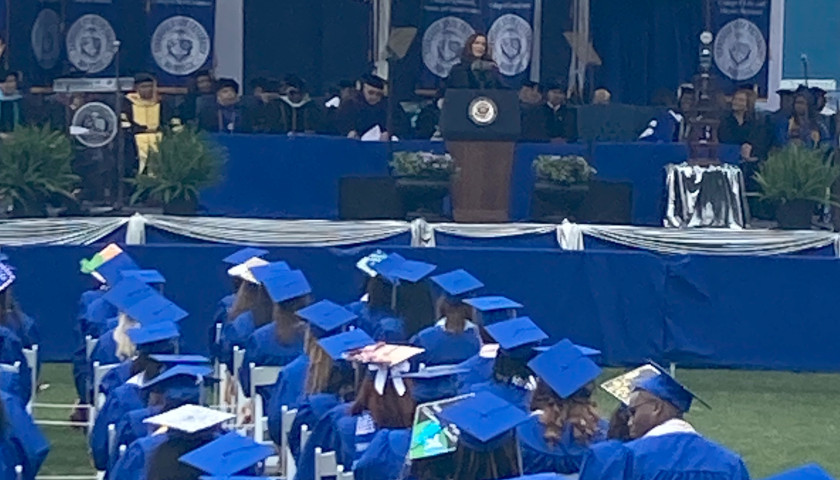 Harris’ speech, delivered at an institution that receives both federal and Tennessee taxpayer funding, included typical Democrat talking points on voting issues, abortion, and the free exchange of information.

“You graduate into an unsettled world, both abroad and here at home.”

“In the United States, we are once again forced to defend fundamental principles that we hoped are long settled. Principles like the freedom to vote, the rights of women to make decisions about their own bodies,” she said.

“Even what constitutes the truth, especially in an era when anyone can post anything online and claim it is a fact,” Vice President Harris added.

A White House Official on the condition of background provided excerpts from Harris’ remarks as prepared to The Tennessee Star on Friday. These excerpts, while components of the speech as delivered, did not include the partisan talking points that Harris brought to bear.

“Each of you has your own story. Your own way of looking at the world, shaped by every moment that brought you to this point. I was around your age when I made the decision that I wanted to take on systemic problems from inside the system. That I would seek solutions through the lens of my own experiences and perspectives,” she said. “That I wanted—that I needed—to be in the rooms where decisions were being made. Graduates, you stand on the brink of a new frontier… and we need you in the room helping to make these decisions.” 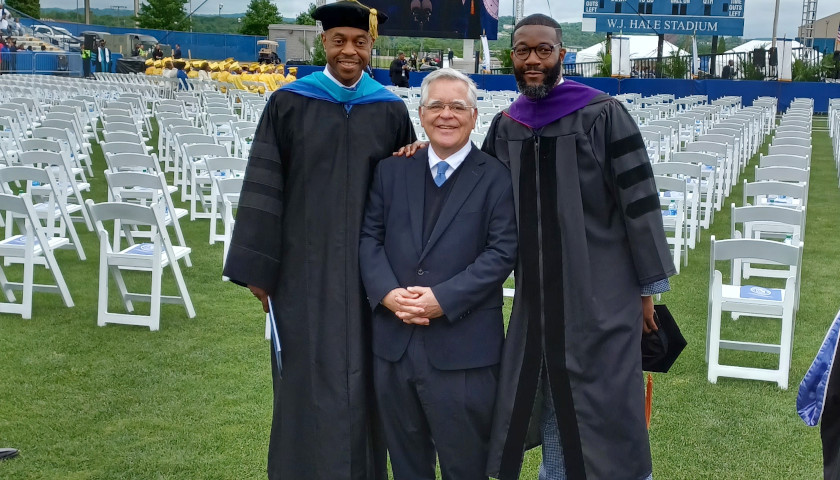 “I want you to always remember that you are not alone. That you come from people. That you come with people. Because I promise you, there will be a time when you walk into a boardroom, or a courtroom, or maybe even the Situation Room,” she said with a smile. “You will walk into the room, and find that you are the only person there who looks like you or has had your life experience. At that moment, you must remember you are not in that room alone.”

More than 500 graduates were in attendance.

Aaron Gulbransen is a reporter at The Tennessee Star and The Star News Network. Email tips to [email protected] Follow Aaron on GETTR, Twitter, and Parler.
Photo “Kamala Harris” by Kamala Harris.