Hundreds of radical pro-abortion activists protested at Legislative Plaza on Saturday May 14, and Sunday, May 15.

These protests come in the wake of the leaked draft of a Supreme Court decision overturning Roe v. Wade. 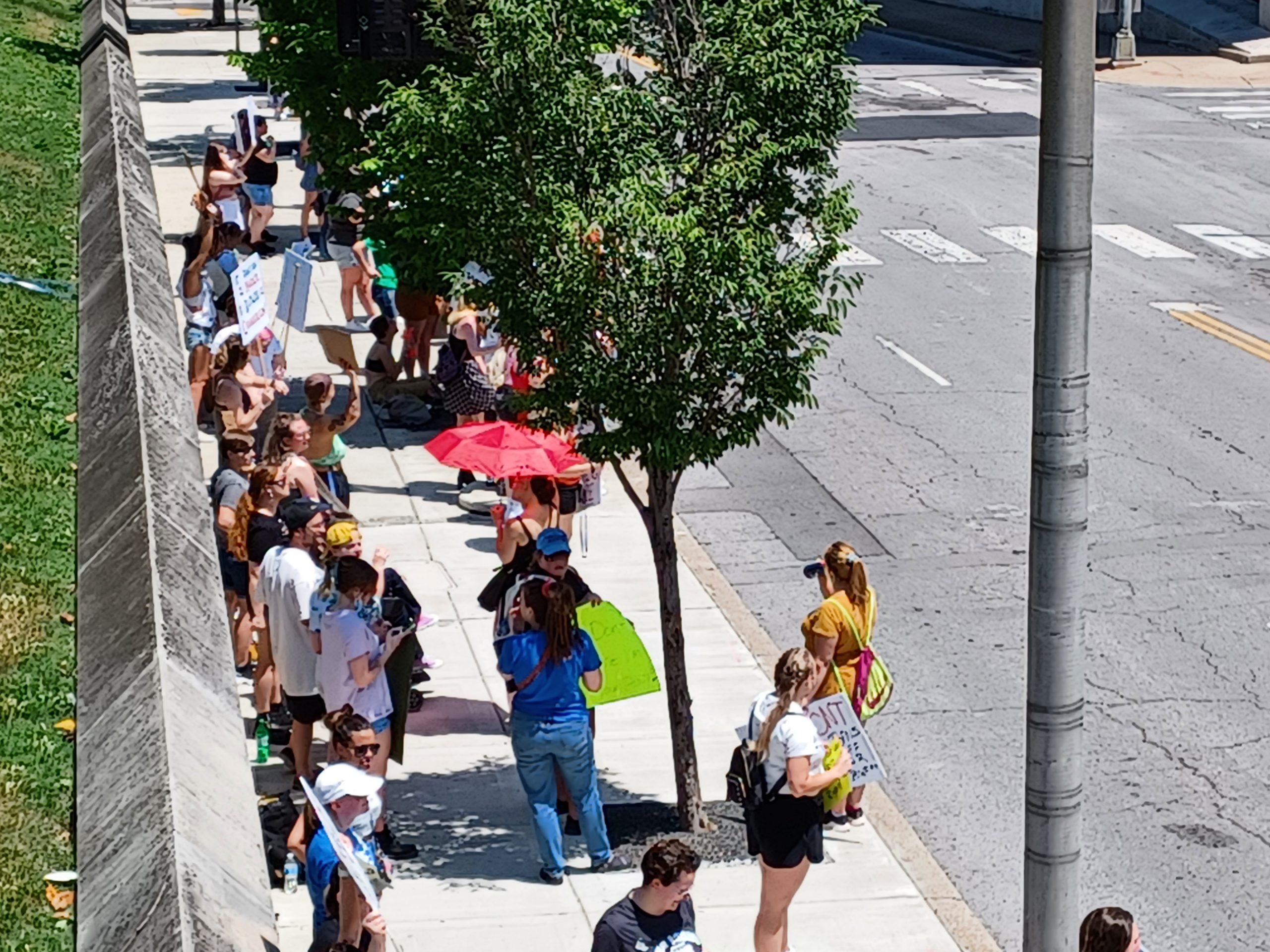 The Sunday protest was sponsored by Planned Parenthood and the Women’s March Foundation as part of a national “Bans Off Our Bodies” pro-abortion protest day. Protestors appeared to be both local and bused in.

The official protest on Saturday was roughly quadruple the size of the protests on Sunday. The Sunday protest was clearly organized but did not appear to have the level of organization that the official Planned Parenthood protest had.

The vast majority of the pro-abortion protestors were young high school and college-aged females, many of whom were scantily clad and had multi-colored short hair. Other protestors were mothers with their young children, women ranging between 30 and 50 years of age, and a few males were scattered throughout the group.

Also scattered throughout the groups were females costumed in The Handmaid’s Tale attire. 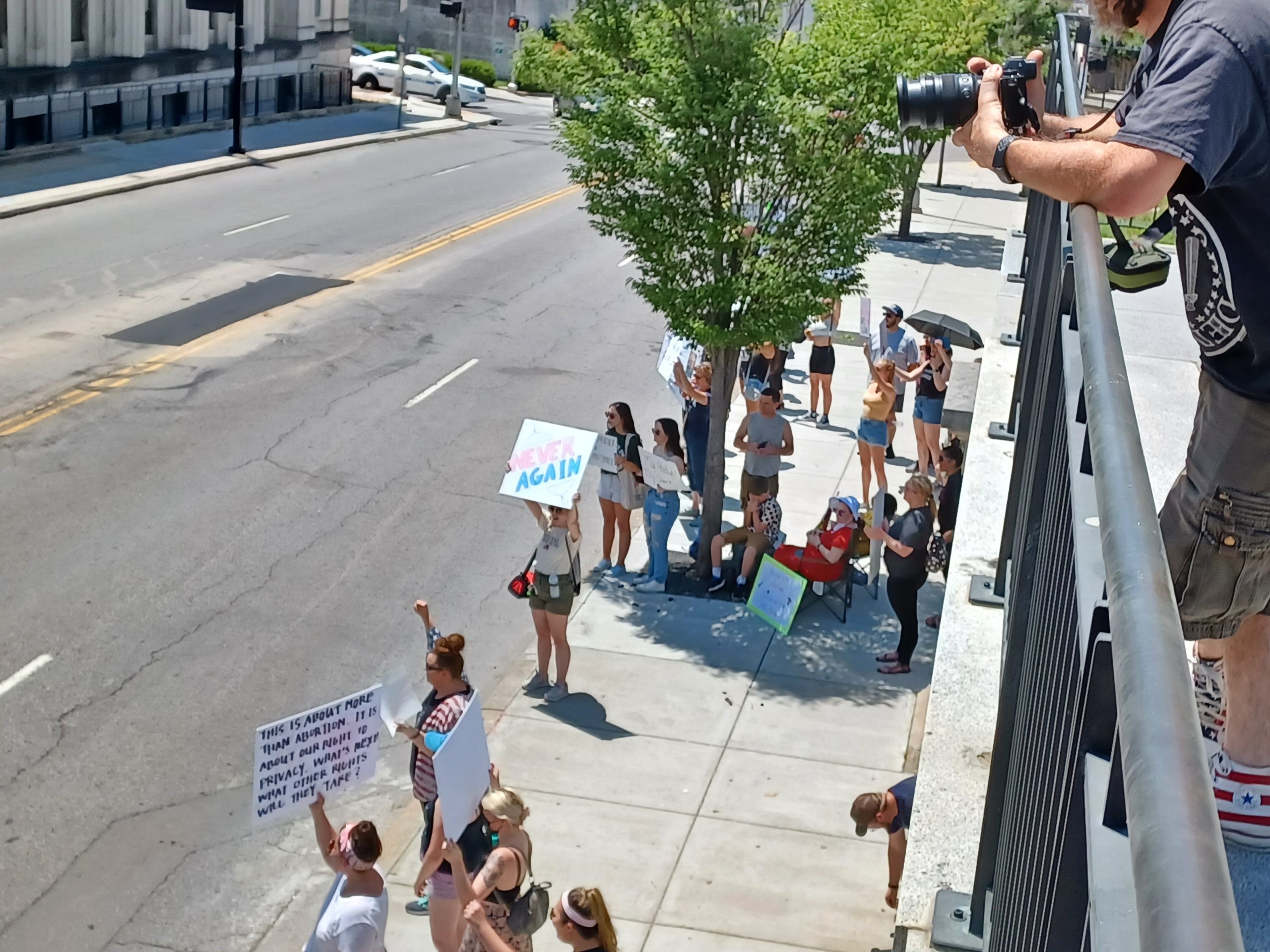 A child aged approximately 9-11 years old could be seen on Sunday holding a sign that said, “I shouldn’t be forced to have a baby right now.”

Nashville’s Legislative Plaza is located in a central, high-traffic area right outside the Tennessee Capitol Building. The Tennessee Star observed that non-participants were often screamed and cursed at, particularly if they were male. The observed language used by the pro-abortion protestors is not fit to print.

Many chants similar to “my body, my choice,” as well as chants against individual members of the U.S. Supreme Court, former President Trump, and other Republican leaders were observed.

On Sunday, one passerby wryly thanked the group holding “My Body, My Choice” signs and said, “Thank you for standing up against the vaccine and mask mandates.” The crowd’s response was to erupt in screams and yell at the gentleman for the stated reason that he was male and should “shut up.” 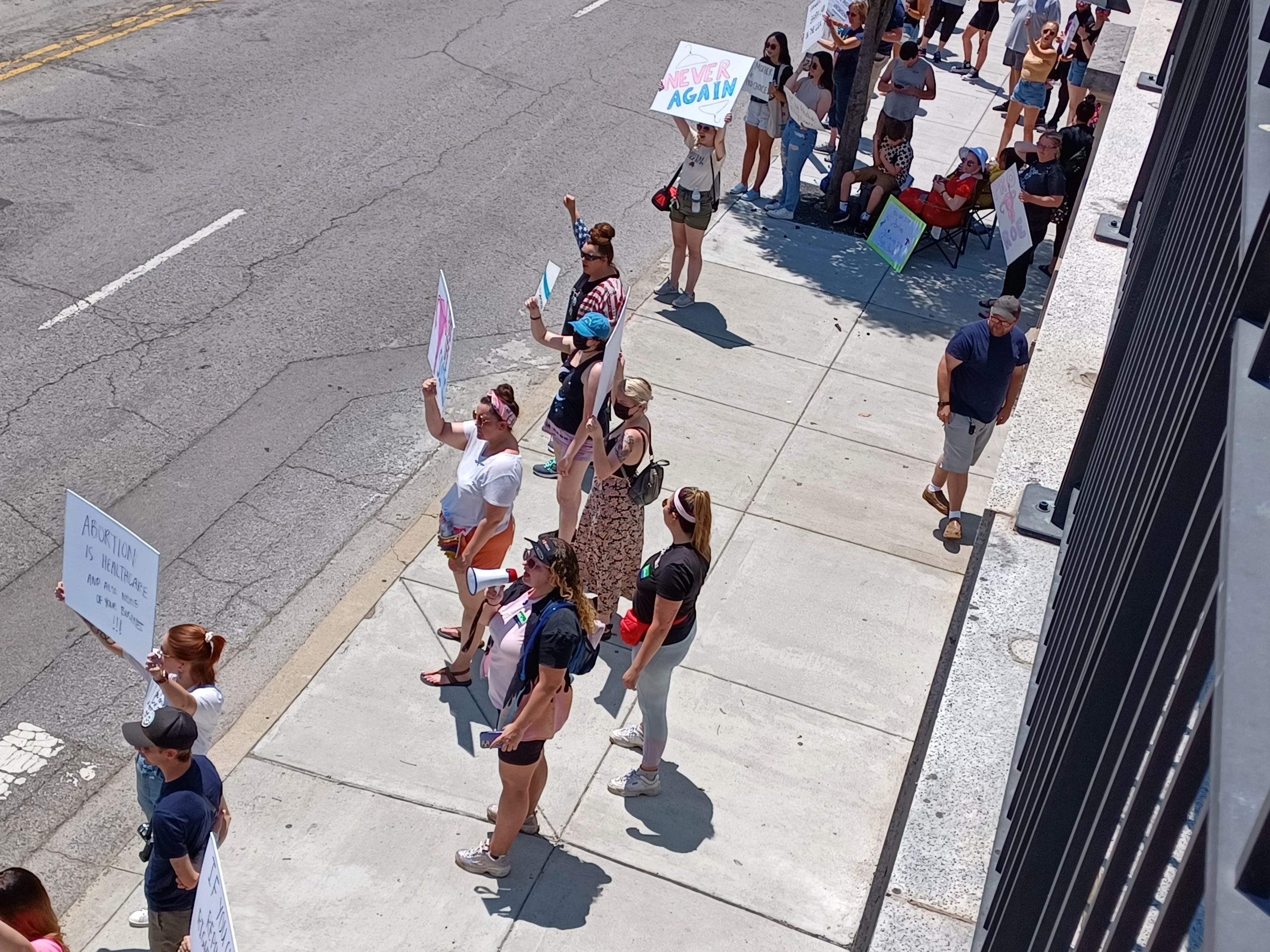 Another passerby on Sunday decided to ask a group of young women, “what is a woman?” That was likely referencing Matt Walsh of the Daily Wire’s #WhatIsAWoman social media counterpunch to the national pro-abortion protests. The response from the pro-abortion activists was more loud cursing in the man’s direction and obscene references to his private parts.

A small group of pro-lifers stood quietly on the Capitol grounds holding signs on Saturday. They were cursed and shouted at by the assembled crowd.

The Saturday protest ended in a march down to the new federal courthouse on Church Street.

The following is a compilation of the messages written on signs held by protestors as observed by The Star on Sunday:

The official decision by the U.S. Supreme Court that may overturn Roe v. Wade has not been officially released. All social media indications show that these protests will continue to occur around the United States at least over the coming month or so.

Aaron Gulbransen is a reporter at The Tennessee Star and The Star News Network. Email tips to [email protected] Follow Aaron on GETTR, Twitter, and Parler.
Photo “Legislative Plaza Protest” by Mitzi Buckner.