NASHVILLE, Tennessee – President and Executive Director of Lifeline Children’s Services Herbie Newell spoke with The Tennessee Star on Thursday about his call to serve in the pro-life movement and his goals for the organization.

Lifeline Children’s Services is a pro-life Christian organization that counsels pregnant women and promotes and facilitates adoptions around the United States and the world. 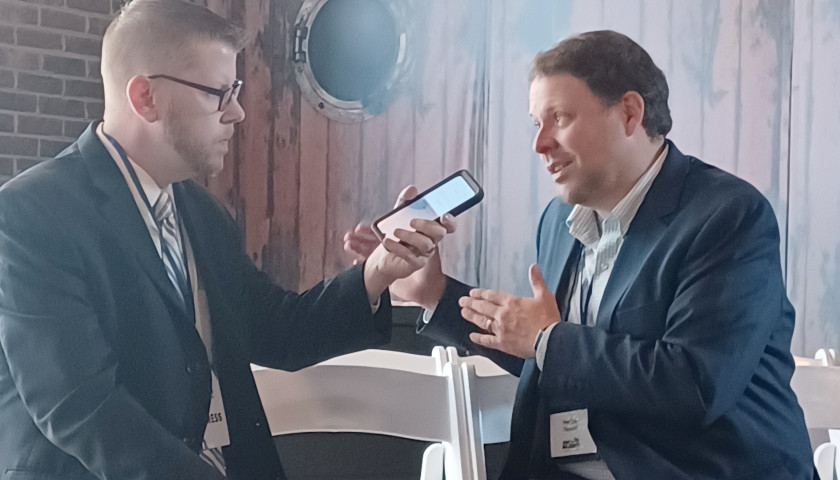 “In 2003, I accepted the role as president and executive director of Lifeline Children’s Services and that’s been our life call for the past 19 years. That’s to say, let’s put boots to action with the pro-life movement so that we’re not just using rhetoric but we’re actually having action to show that we’re going to support our life ideas, our life convictions, with – with foster care, coming alongside single moms to help them thrive and survive,” he said.

“The goal of our heart and our family is human flourishing. How can we help mom and baby flourish? That’s the goal,” he emphasized.

Newell talked about the importance of adoption in a post-Roe world.

“It’s critical. What pro-abortionists want you to believe is that they are pro-woman. The only thing that they will actually do for a woman is to take her child away,” Newell said.

“So when a woman goes into an abortion clinic, like Planned Parenthood, they’re not offering her support. They want to talk about how they are caring about those of every socio-economic level, but they’re not providing any kind of support for that woman, except they’re taking her baby away,” Newell added.

“However, pro-life people for decades, centuries – for millennia, really – Christians, especially, have been coming alongside vulnerable peoples. They’ve been loving on them, caring for them, pointing them to hope, and becoming a community for them,” he said.

Newell said the true heroes of the pro-life movement are the women who step in to encourage their patients at the Lifeline centers to embrace life.

“In the pro-life movement, what’s not talked about are these courageous women at pregnancy test centers who are not just counseling women towards life, but are actually walking alongside of them,” he said.

“It’s been adoption and child placement agencies who’ve come alongside women to give them options for their child. It’s been child welfare advocates that we have the opportunity to work with and be a part of saying, hey, let’s help a woman get her child back out of foster care,” he continued.

“Let’s help women really thrive and survive. What ‘pro-life’ is really about, and I’ll say it again, it’s about human flourishing. It’s about helping that mom truly be able to flourish, either as a parent, to get her legs underneath her so she can parent, or to help her provide for adoption,” he emphasized.

“It’s about giving her all of those options so that she and her child can both flourish and survive,” he again stressed.

“This whole idea that a woman can’t continue her education or job, that’s just talking points. The true nature of it is women are able to thrive, they are able to survive,” he added, pushing back against pro-abortion talking points.

“The church and pro-life people have been doing this work for ages,” he said.

Newell is in Nashville at the Faith and Freedom Coalition’s Road to Majority Policy Conference, which is taking place from June 16-18 at the Gaylord Opryland Resort & Convention Center.

The Faith and Freedom Coalition is a national grassroots organization that has over 2 million conservatives and people of faith who count themselves as members. They work in support of “time-honored values, stronger families, and individual freedom.”