RICHMOND, Virginia – Attorney General Jason Miyares said new regulations included in the budget will allow his office to crack down on the sale of “THC copycat” products – THC-infused edibles packaged to look like mainstream snacks. The announcement came after a warning from the FDA about the products, and after an April report from the Stafford County Sheriff’s Office that several toddlers were taken to the emergency room after exposure apparently linked to goldfish crackers laced with THC. 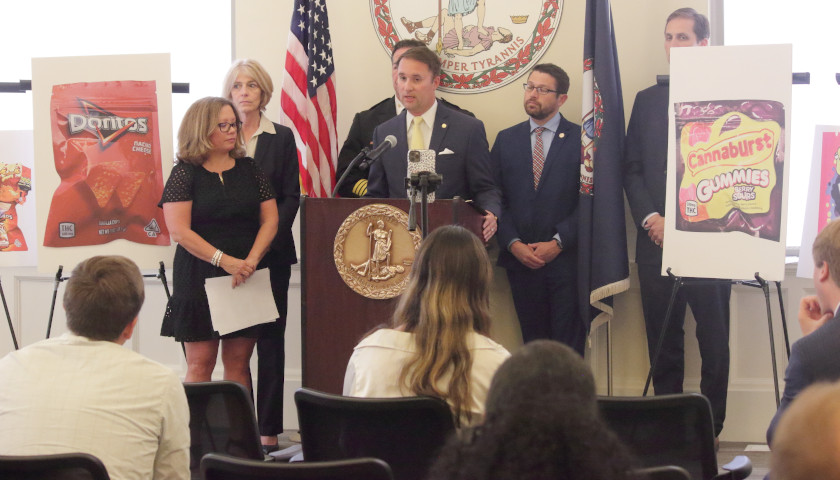 “My personal favorites – I’m saying that in air quotes – is Trips Ahoy! Having three daughters, I have a large amount of normal-packaging Chips Ahoy! in my house,” Miyares said.

“This is not by accident. This is not somebody messing up the label. This is direct action, directly marketing products, directly to our children,” he said.

Consumer Brands Association General Counsel and Senior Vice President Stacy Papadopoulos said that the copycat products use famous companies’ brands and trademarks, often with only the letters THC on packaging to distinguish them from their legitimate counterparts. That makes it difficult for children to tell the difference. Additionally, labels often incorrectly identify the amount of THC in the product, and often don’t identify recommended serving sizes.

She said that the problem is growing.

“The problem is further exacerbated by its Whac-a-Mole nature. Empty copycat wrappers are manufactured abroad and readily and inexpensively available for purchase online. Illicit actors then fill the packages with product and sell them at local shops or niche online sites. When brands have the empty wrapper listings taken down or bring legal action against the manufacturer, another quickly pops up in its place,” Papadopoulos said. 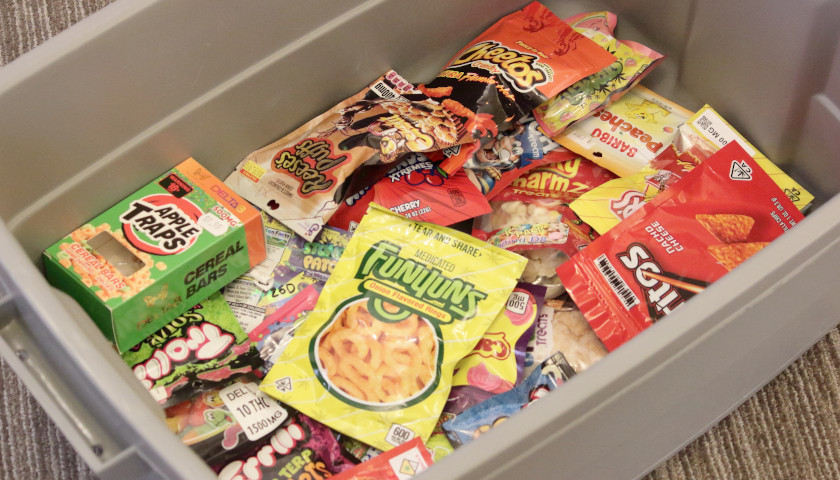 The language in the fiscal year 2023-2024 budget prohibits selling products with THC to people under 21 years, requires retailers to use child-resistant packaging that follows certain labeling regulations, bans selling product in the shape of a human, animal, or fruit, and bans the use of other companies’ trademarks to create lookalikes.

The budget takes effect July 1, and is law while it is in force.

Miyares also signed on to a letter signed by a bipartisan group of 21 other attorneys general, calling for Congress to take action against THC copycats.

“The attorneys general state that while they do not all agree on the best regulatory scheme for cannabis and THC, they all agree on one thing: copycat THC edibles pose a grave risk to the health, safety, and welfare of our children,” a Wednesday Miyares press release states.

In the press conference, Miyares said he views his job as protecting Virginians. While that includes crime, it also includes other areas. He warned that his office of Consumer Protection and the Virginia Department of Agriculture and Consumer Services would investigate and take legal action against retailers violating the Virginia regulations. That will be accomplished with civil penalties like fines.

“We now have the increased authority to go after these bad actors. If you’re a bad actor, beware. Your time is up, coming July 1,” Miyares said.