On July 31, the “Nature Boy” Ric Flair will enter the ring for the very last time. In honor of the occasion, Cooper also announced that the property at 500 Wedgewood Avenue for the weekend of July 29-31 will be known as the “Nashville FLAIRgrounds,” in conjunction with the three-day professional wrestling fan fest known as STARRCAST V. 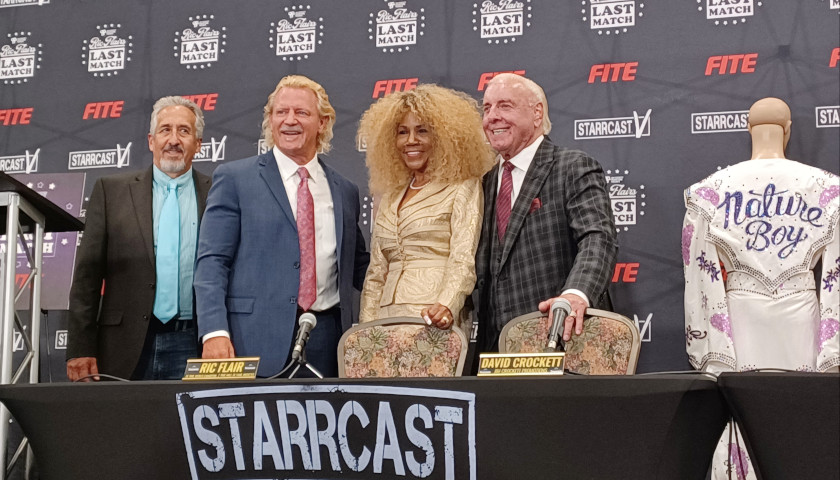 Flair, whose professional wrestling career spans six decades, will be part of the main event under the banner of Jim Crockett Promotions for Ric Flair’s Last Match.

According to a statement, “The event, which just was moved from the Fairgrounds to Nashville Municipal Auditorium because of high ticket demand, will be produced by Thuzio, a Triller Company, and streamed worldwide exclusively on FITE.”

“The 16-time former World Heavyweight Champion will don a new custom-made robe and bring the one-of-a-kind showmanship that has made Flair a cultural icon for his over-40 years in the professional wrestling business,” it added. 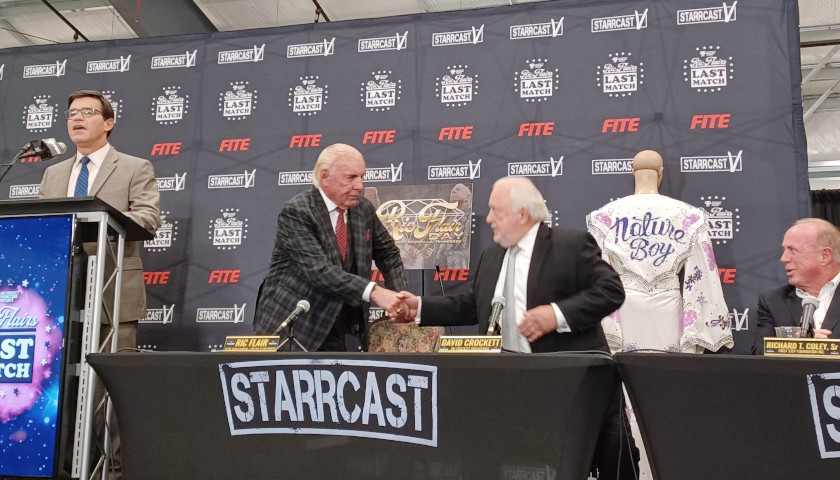 “I’m going to walk that aisle, one last time, to prove once and for all, that to be the Man, you’ve got to beat the Man,” Flair said.

The wrestling event featuring Flair will be produced by Thuzio, a Triller Company, and will be streaming worldwide, exclusively on FITE.

While Nashville Mayor John Cooper is a Democrat, Flair has a history of supporting Republican candidates and causes.

Flair supported Mike Huckabee in the 2008 presidential election, endorsed Ted Cruz during the 2016 Republican primaries, and recently served on a host committee for a fundraiser in support of his friend and 2022 Georgia Republican U.S. Senate nominee Herschel Walker.

Former President Donald Trump headlined that fundraising event, which was held at Mar-a-Lago in December of 2021. Sports legends Tom Glavine and Doug Flutie were also on the host committee.