In an open letter written and delivered to the entire Nashville Metro Council on July 5, former AllianceBernstein COO Jim Gingrich expressed his concern about negotiations over a new Titans stadium and called for more transparency for the process.

“The time has come for the Council to assert its leadership, bring transparency to the negotiation, and prioritize taxpayers and Titans fans,” Gingrich said. 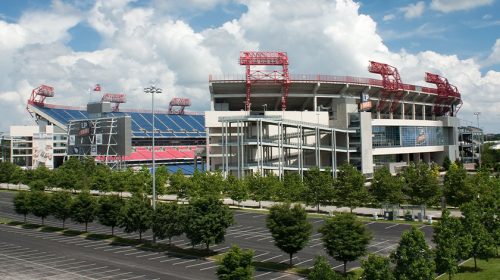 Gingrich recommended several courses of action in order to improve the process.

Specifically, we must: (1) determine Metro’s true obligations and responsibilities under the current lease agreement; (2) do a proper assessment of what would be required to bring Nissan to “first-class” status (including comparing future maintenance expenditures to future interest payments on bonds used to fund a new stadium); (3) assess by what amount a new domed stadium would increase the economic value of the Titans; (4) obtain an independent estimate of the potential money a new stadium would let the Titans raise from (a) PSL sales, (b) stadium naming rights, (c) new revenues from higher stadium prices, more luxury boxes, and sponsorships, (d) new revenues from a multitude of additional events; and (5) directly engage the community about the stadium and its standing among Nashville’s many competing needs.

Gingrich opined that Titans fans will come out on the losing end of the deal.

“Many current Titans fans may find themselves unable to afford to see the inside of a new domed stadium. NFL owners finance new stadiums by selling new PSLs (personal seat licenses, which give the holder the right to purchase season tickets), voiding the existing PSLs. The newest NFL stadium is in Las Vegas, where Raiders ownership raised $549 million through the sales of PSLs at an average of $10,000 apiece; premium seats were $75,000 a pop. Given the steep price of Raider PSLs, fully 40% of PSLs were sold to rich out-of-towners rather than residents of Nevada,” Gingrich said.

He additionally pointed out that he believes Nashville taxpayers will lose as well.

“The Nashville taxpayer will also be losers in this deal. Reports suggest the Titans will contribute $700 million of the $2.2 billion required to build a new domed stadium, leaving the taxpayer on the hook for the remaining $1.5 billion. This is double the largest public subsidy of any current NFL stadium and $650 million higher than what was just negotiated to build a new stadium in Buffalo,” he said.

Gingrich further wrote that the city needs to put the needs of Nashville first.

“We all love the Titans. They are an integral member of the Nashville community and a very important part of what makes this such a vibrant and great city. It is possible that intelligent, tenacious negotiation will result in a much better deal, making a new domed stadium the right thing for the city. However, in a city that needs to find funding for affordable housing, schools, crime prevention, transit, homelessness, infrastructure, and ensuring the reliability of city services, to name just a few, we need to put what is best for all Nashvillians first. Titan Up,” he concluded.

Gingrich is thought to be a potential candidate for mayor in the next election.