As early voting has started in Arizona, former President Donald Trump encouraged his supporters to vote for Kari Lake in the GOP gubernatorial primary.

Lake is running to replace Governor Doug Ducey, who cannot seek another four years due to term limits. She is facing businesswoman Karrin Taylor Robson.

Trump endorsed Lake early in the primary and has routinely reaffirmed his support of the former news anchor. 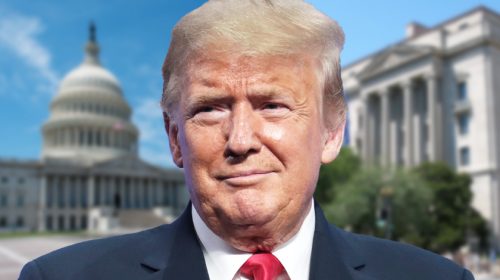 “Early voting starts today in the Great State of Arizona! The people of Arizona have a chance to get a truly great Governor, unlike the one you have right now. Make sure you return your Early Ballot for Kari Lake, or Vote in Person on August 2nd. With Kari, you’ll have Election Integrity, Strong Borders, Safe Streets, and all of the other things you’ve wanted for so long. Vote for Kari Lake. She has my Complete and Total Endorsement,” he said in a statement.

With early voting underway, the official election day is August 2nd. The winner of the competition will face the Democratic nominee in the November general election.

In recent weeks, the campaign has witnessed dramatic changes. Former candidate Matt Salmon suspended his campaign. While trailing both Lake and Taylor Robson, the candidate held a sizable following in polls. After dropping out, he encouraged his supporters to vote for Taylor Robson, calling her “a conservative outsider who is well qualified to serve as chief executive of the state we love.”

After the decision, one poll gave Taylor Robson the lead over Lake.