The Tennessee Education Association (TEA), a radical leftist organization, distributed a literature piece that hit mail boxes last week and appears to target Democrats, encouraging them to vote for Jeff Eby – because he is against school vouchers and charter schools – in the August 4 House District 69 Republican primary.

The Tennessee Star has obtained a copy of the mail piece, which says on one side, “In the fights ahead, we need Jeff Eby as our state representative.” 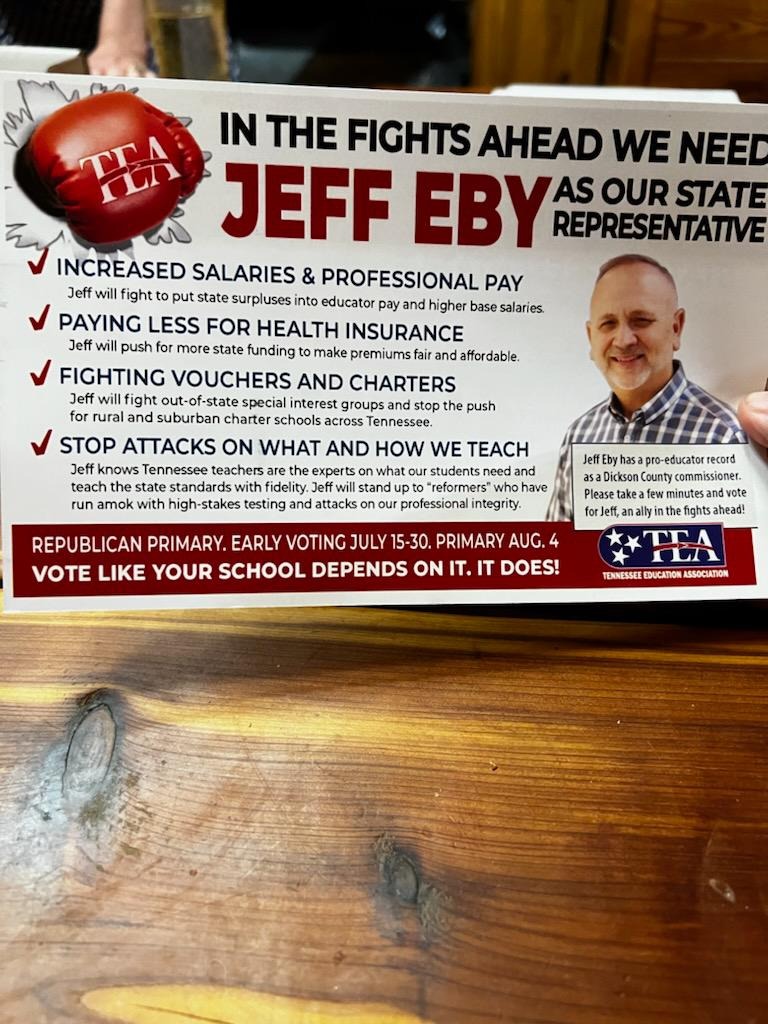 Another bullet-point says Eby will oppose parents’ rights and legislation aimed at eliminating Critical Race Theory in the classrooms and grooming children.

It says, “Stop attacks on what and how we teach: Jeff knows Tennessee teachers are the experts on what our students need and teach the state standards with fidelity. Jeff will stand up to the ‘reformers’ who have run amok with high-stakes testing and attacks on our professional integrity.”

It also says, “Jeff Eby has a pro-educator record as a Dickson County commissioner. Please take a few minutes and vote for Jeff, an ally in the fights ahead.”

On the other side, the mail piece says, “in the Republican primary, vote Jeff Eby.” 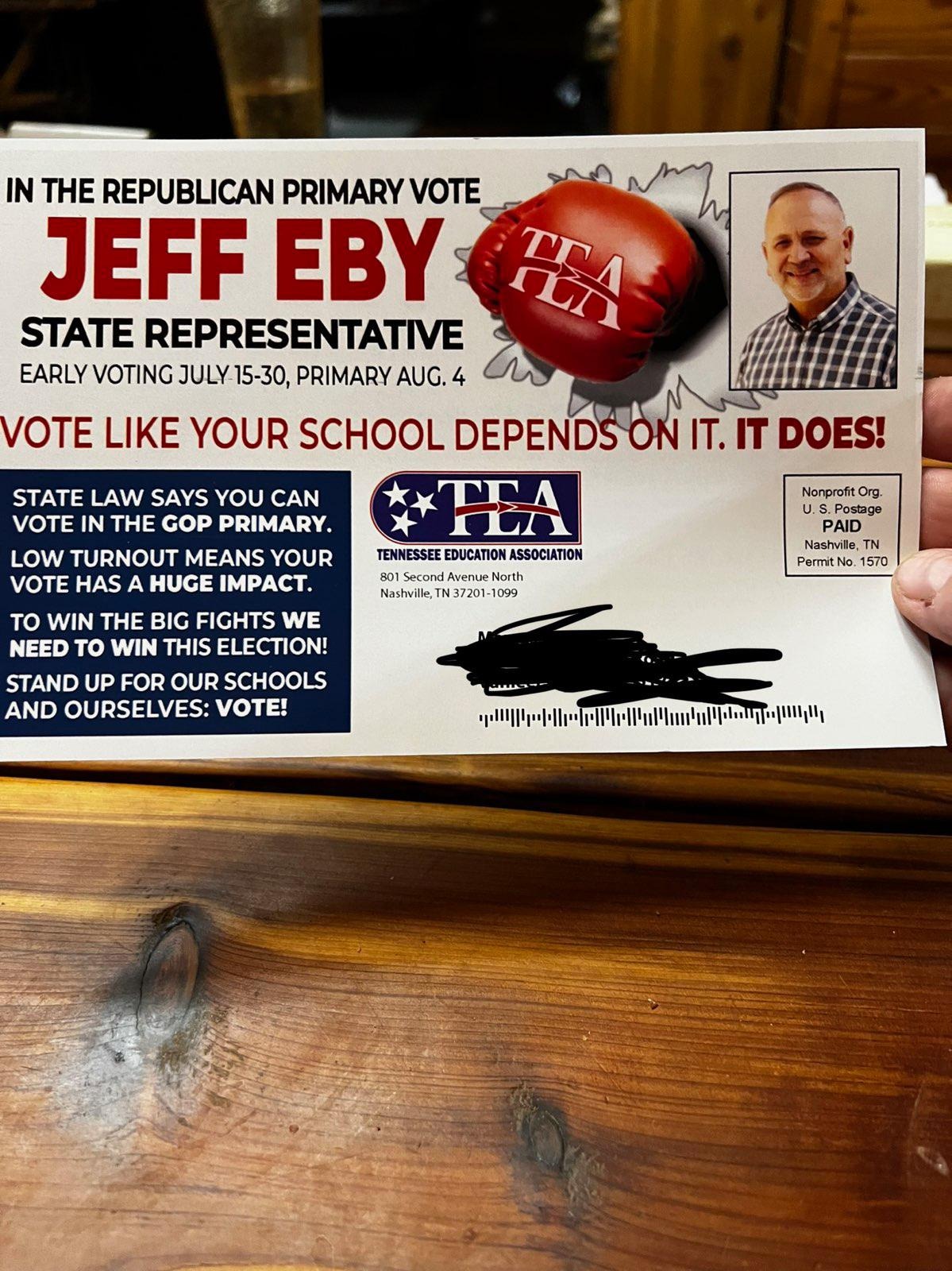 The mail piece continues with a message that several political consultants, on the condition of background, say targets Democrats.

“State law says you can vote in the GOP primary,” it says. “Low turnout means your vote has a huge impact. To win the big fights we need to win this election! Stand up for our schools and ourselves: Vote!”

“That’s exactly the language I’d use if I were trying to get Democrats to vote in a Republican primary,” one political consultant with 20 years of experience said.

The piece adds in bold letters, “Vote like your school depends on it. It does!”

The TEA logo is featured prominently on both sides of the piece. The piece does not appear to contain the proper disclaimer.

The Tennessee Star previously reported that the TEA is a teachers’ union, and is a division of the National Education Association (NEA).

“We will fight unceasingly for the rights of our LGBTQ-plus students and educators,” Pringle said to NEA delegations at their national assembly in early July. “We will say ‘gay’; we will say ‘trans’; we will use the words that validate our students and their families that encourage them to walk in their authenticity, to love themselves fully to be who they are meant to be.”