U.S. Customs and Border Protection (CBP) officers at the Area Port of Norfolk-Newport News seized 118,566 pairs of “counterfeit cotton foot coverings” – diabetic socks worth about $1.9 million in retail if they were authentic. 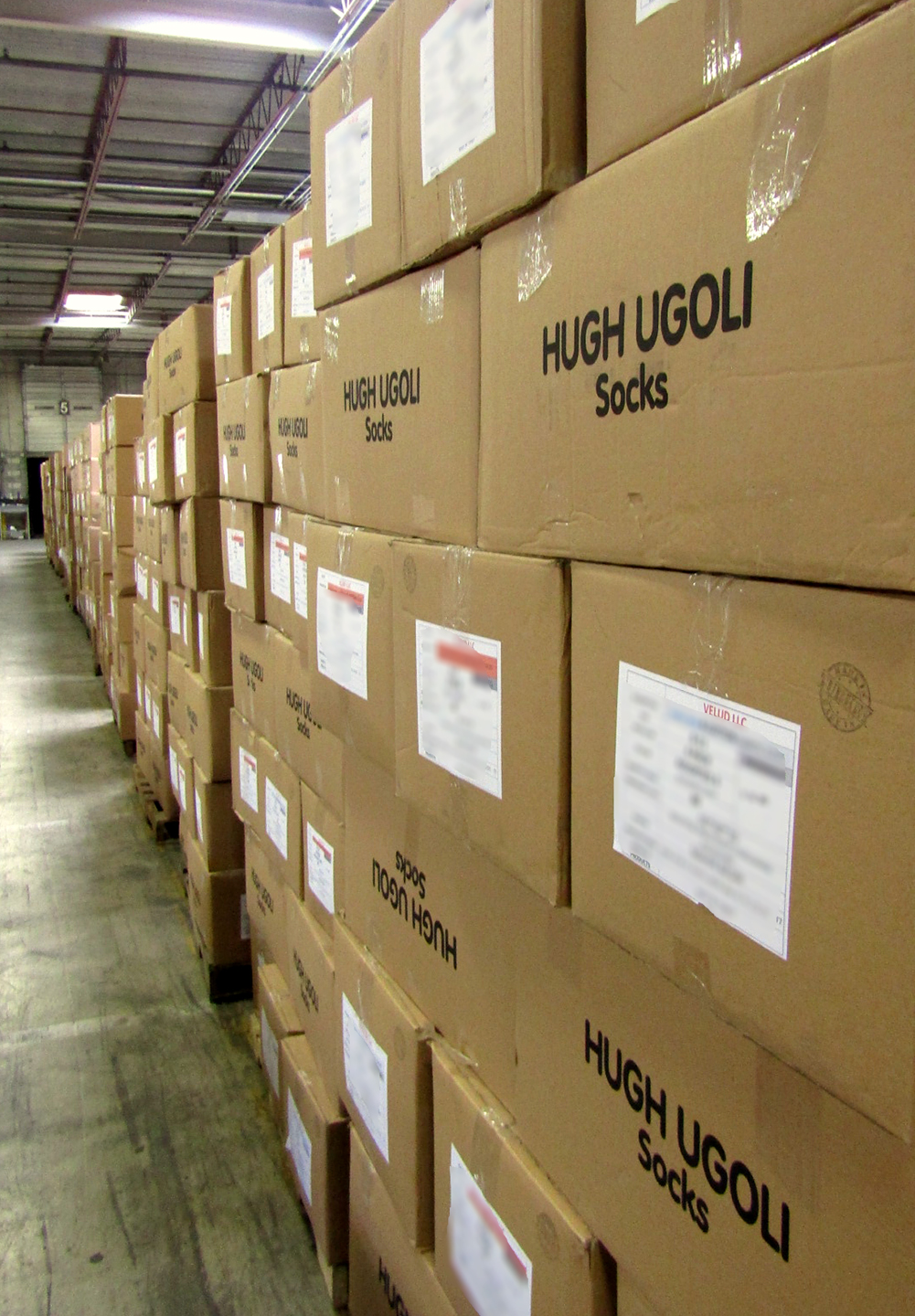 CBP officers “certainly do not suffer from cold feet when it comes to enforcing intellectual property rights laws,” a CBP press release quipped.

After the socks arrived at the port in June, officers inspected the shipment of “Hugh Ugoli”-branded socks “and detained” them while they confirmed trademark authenticity, eventually finding that they were counterfeit for violating the “Seal of Cotton” trademark, leading to the seizure of the socks on Wednesday.

The shipment came from Turkey, and was destined for an address in Loudoun County. An investigation is ongoing, and no one has been charged.

“The international trade in counterfeit consumer goods is illegal. It steals revenues from trademark holders, steals tax revenues from the government, funds transnational criminal organizations, and the unregulated products potentially threaten the health and safety of American consumers. Counterfeit consumer goods may also be sourced or manufactured in facilities that employ forced labor,” the CBP release states.

Orthofeet.com reports that the best diabetic socks have some extra features such as soft yarns and a lack of seams to avoid causing blisters, are stretchy and non-restrictive, and have white soles.

“A white sole is important for people with compromised sensation, as it helps alert wearers to a draining wound. Stains from infections, open cuts and sores that require immediate attention will be very visible on a white sole,” the site explains.

“The sheer volume of this counterfeit diabetic sock shipment is alarming. Any level of substandard manufacturing, especially of these specialty socks, seriously endangers the health and well-being of our most vulnerable citizens who rely on them for comfort and blood circulation,” CBP’s Area Port Director for the Area Port of Norfolk-Newport News Mark Laria said in the CBP release. “Customs and Border Protection remains committed to intercepting counterfeit and potentially dangerous consumer goods, and we strongly encourage consumers to protect themselves and their families by purchasing goods only from reputable vendors.”