Mikayla Lane is originally from rural Kentucky. But when she was 10, she and her family moved to Oklahoma where the young artist began to make her mark in country music.

Lane admits she is not from a musical family but started singing and performing in Kentucky as a child. 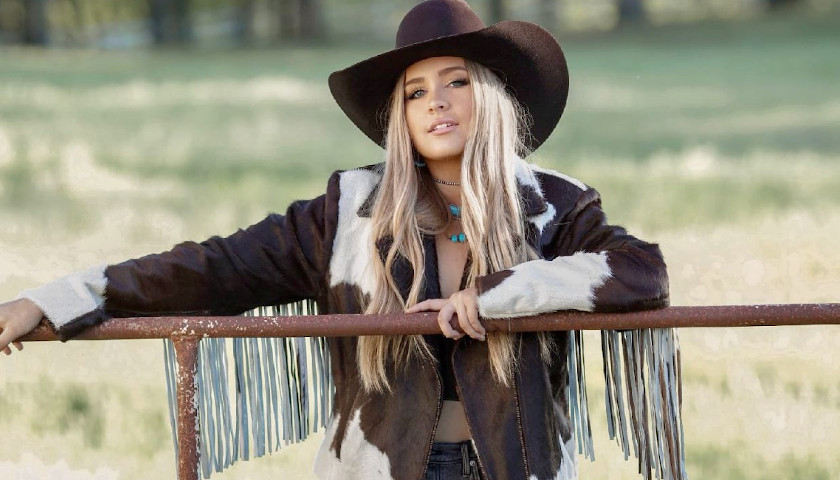 She explains, “When I was little, I would just listen to the radio and always had music on. I sang around the house a lot. I remember taking one of our horses to the vet with my dad and on the way there, we were listening to an Alan Jackson CD. It was a moment that stuck out because I really enjoyed listening to it and I felt really connected to his music. I was inspired by his voice and his type of sound.”

It was at that time in her young life that a seed was planted that would blossom later on. She took music lessons from “Miss Connie,” who had a piano in her living room.

“I was nervous when I first started out and would only sing if I sat in a chair while she put a blanket over me,“ she recalls.

Eventually, the girl from Kentucky would sing around town with friends and they would often sing in other nearby counties as well.

After the family relocated to Oklahoma, Lane attended Preslar Music School, which helped her learn the proper ways to do things. She met people from that school who helped her put a band together. They began performing in the Tulsa area and beyond.

Lane’s mother had been doing her marketing and booking, and eventually, at age 13, she ended up at Blake Shelton’s bar Ole Red in Tishomingo, Oklahoma. She played acoustic sets with her guitar player, John Conrad, until the bar added its Doghouse concert venue, where she began playing with a full band at age 14.

Shelton even stopped by one day when she and the Swon Brothers were performing.  He gave her a big hug and said, “I’ve been seeing what you are doing. Keep it up. I am proud of you.”

“It was great to meet him after playing at his spot for so many years,” the current Oklahoma native exclaims.

Lane became a staple at the venue in Tishomingo and has appeared on the Ole Red stages in Nashville, Gatlinburg, and Orlando. The country music starlet has become a “fan-favorite” at a variety of notable venues, including Cain’s Ballroom in Tulsa, where she opened for Jon Wolfe. She is the venue’s youngest supporting act to date.

By the time she was 15 years old, Lane would go regularly go to Nashville, where she learned about the writers’ rounds.

“It would often be just me and my mom, but we kept at it and it’s grown ever since then,” she explains. 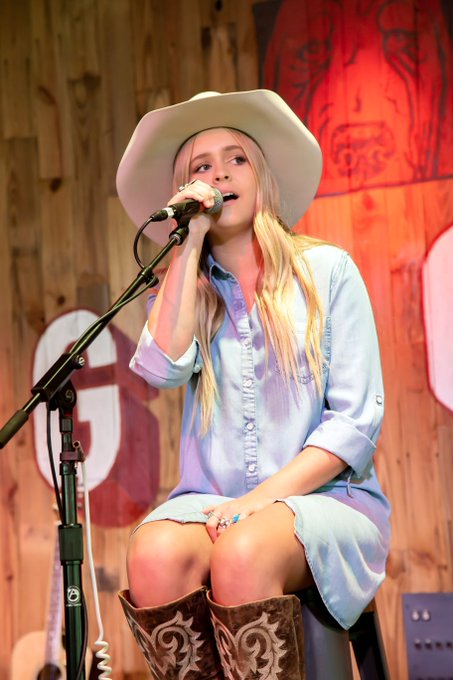 Lane began writing songs at age 11 and co-wrote and co-produced the single “Superman” alongside her guitarist/bandmate John Conrad. The single was recorded in her bedroom. The song, which has a pop-country vibe, has more than 80,000 streams on Spotify, while the video has had more than 74,000 views .

At age 14, Lane recorded and released her debut EP, Rooftop Nights, and has since released seven studio recordings including the single “Drive,” written about her mother’s first car, a Firebird. In 2021, the track catapulted to the Top 10 on Spotify’s New Music Nashville.

In September 2021, the songstress introduced her sophomore recording project, Miles from Nowhere, featuring four originals that embrace her western lifestyle. In keeping with family tradition and their mutual passion for rodeo and the lifestyle, Lane was recently named as the official spokesperson for the nation’s largest youth rodeo, the Vegas Tuffest Junior World Championship. She even sang the Vegas Tuffest Anthem “Tuffest Alive” in 2021 at the rodeo.

And although her dad no longer does ranching for a living, they are still very involved in the industry.

“It has always been a part of my life and something that I am really proud of. I want others to appreciate it as well because it is a part of how we get our food and other stuff. It’s important to educate others on it.”

Lane also fishes and turkey-hunts and has done it since she was a child. She loves the outdoors and animals and it has been a big part of her life when she is not doing music.

And while many country artists may write and sing about hunting, fishing, and rodeo, Lane actually lives it.

“That’s something that is really cool about my music is that while a lot of people sing about it, you’d be surprised how many don’t know about it. Authenticity is a big thing that I try to keep alive in my brand and my music,” the singer emphasizes.

Though she didn’t write it, one of my favorite tunes is the song “Jezebel” from her Rooftop Nights EP, which showcases the countrier side of Lane’s vocal capability.

She now leans more toward the traditional country sound, as evidenced by her newest single, “Ambush.” The song brings a spunky, cowgirl-themed tale of surprising love on the range with a feel of old-style western America.

When you listen to lyrics like You’re an outlaw / Smokin’ double barrels / Got a quick draw / It was just my luck I left my heart unprotected / And your love was an ambush you know the singer will eventually give in to the feelings she is unable to control.

Though not autobiographical, Lane and Conrad wrote the concept song, which gives a different spin on a country love song that is about someone who was not looking for love.

Her producer, Jimmy Ritchey, described the song as “James Bond meets the Southwest.”

The video was partially filmed at a working cowboy ranch called Marvin’s Performing Horses where Lane is as natural on a horse as she is behind a microphone. The rest of it was filmed at Gloss Mountain State, which has red mesa mountains with a high Selenite content that mimics a shiny glass exterior. This combination provides the perfect backdrop for the country-western love song.

And while their family has a small condo on Music Row in Nashville, the singer/songwriter still plans to finish high school in Oklahoma.

Besides being a regular at Ole Red, Lane recently played the Troy Aikman’s Highway to Henryetta on June 11th, which Shelton headlined.

At this point the rising senior is unsure exactly what her plans will be after high school, but she knows music will be a part of it.

She concludes, “I am going to keep going and keep working on it. I’m sure my hard work is going to pay off.”

With her talent, determination, work ethic, and natural instinct, I do not doubt that this country crooner’s star will continue to rise.

You can stream Ambush and Lane’s other songs on your favorite music platform.