A Metro Nashville School Board candidate says that thanks to the Nashville Police Department, an alleged political sign thief was caught red-handed.

“A radical Democrat and follower of Antifa online was caught by Nashville police detectives yesterday evening with over a dozen stolen political signs for Todd Pembroke – Republican School Board candidate for District 2 covering Brentwood and Antioch,” the Todd Pembroke for Metro Nashville School Board campaign said in a press statement obtained by The Tennessee Star. 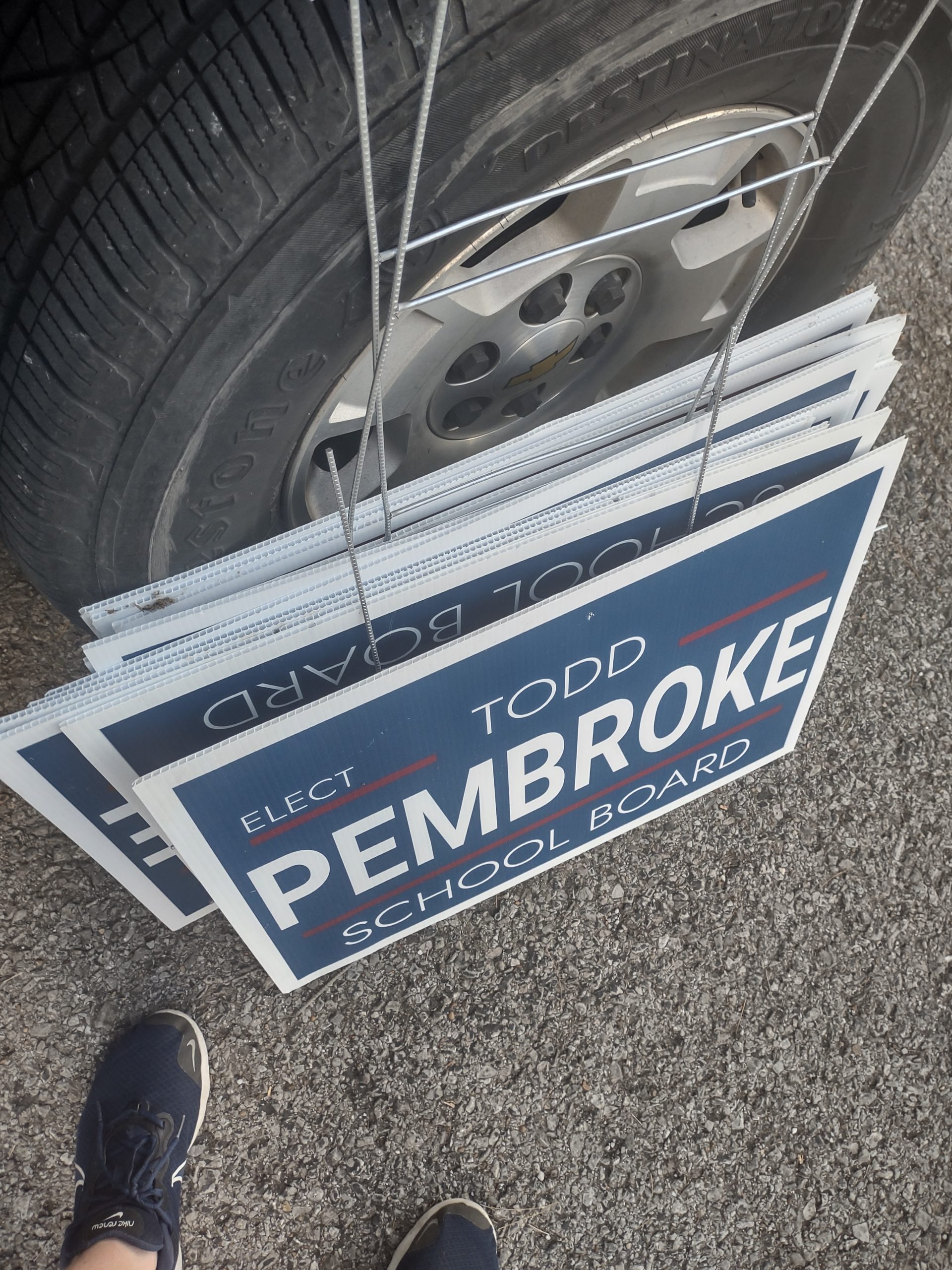 “When caught on camera she then proceeded to expose herself, throw the stolen signs off her porch onto a trash can and then make rude gestures to public onlookers, along with a child,” the Pembroke campaign added.

The statement noted, “The thief, identified as Californian Jamie Morgan, of Anchorage Drive, Crieve Hall, was caught red handed when she stole a Pembroke sign from private property that contained an Apple tag, thus allowing the location of the sign to be monitored in real time. Pembroke led a detective to the scene of the crime, where the signs were surrendered to their rightful owner and Ms. Morgan was served with a misdemeanor charge.” 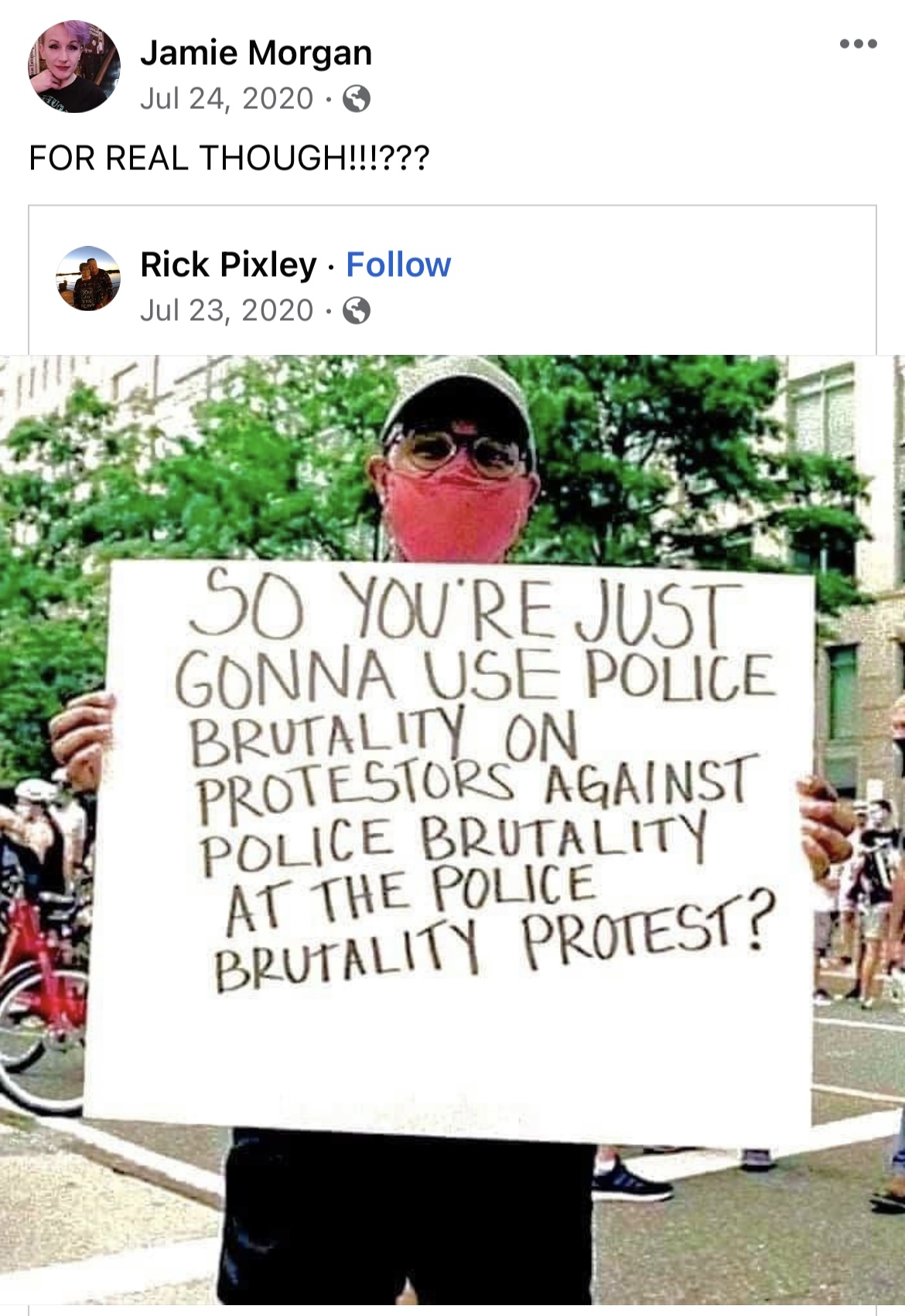 A link to the six-and-a-half minute video was included in the campaign’s statement, which can be viewed here. (VIEWER WARNING: THE VIDEO CONTAINS ADULT CONTENT, INCLUDING STRONG LANGUAGE AND NUDITY.)

“Footage taken of Morgan’s comeuppance shows her proceed to indecently expose herself to onlookers in a bizarre and worrying display of behavior,” the Pembroke campaign’s statement said.

This is not Morgan’s first time directing strong, emotion-filled language toward Pembroke. In an email to the school board candidate dated June 28, she wrote, “This is not a Christian nation! If you do not want to support our children I have no idea why in the world you would try to run for office … Again I don’t even know why you bother. Nashville itself is an area that always runs blue. Go take your own personal agenda and your Christian agenda somewhere else.”

Commenting on the theft of his signs and the hatred directed by Morgan towards the faith community, Pembroke said, “It was very alarming to have so many signs go missing from our campaign. Sadly, we have come to expect this sort of behavior from supporters of the Democrat Party – and my opponent Rachel Elrod – as they adopt ever more extreme political positions,” the statement continued.

“In the case of Ms. Elrod, she has refused to meet with parents upset about Oliver Middle School, refused to allow an investigation into a $14m contract awarded to one consultancy without a chance for competition – and has gone so far as suing parents campaigning against the 2020 City 37% property tax rise over a robocall used to raise awareness. I will be pursuing Ms. Morgan for the cost of lost time and the signs, which are expensive,” he said.

“My message to voters as an active TN Army National Guardsman, a father of public-school children and husband of a former Metro public school teacher, I will fight for responsible spending, provide respectful leadership for all children, and focus on robust curriculum with lessons to improve mathematics, reading and writing – not political bias. This era of Ms. Elrod’s toxic politics needs to end so we can proceed with focusing on our children’s education. I call upon her to denounce this campaign of sign stealing,” Pembroke said.