Chaplik told the crowd that people don’t trust the “fractured caucus” currently under the leadership of House Speaker Rusty Bowers (R-Mesa), who lost his primary election earlier this month. Chaplik called the legislature a “cesspool” of “sham favoritism,” and said Arizonans can expect a “more conservative caucus” in 2023. 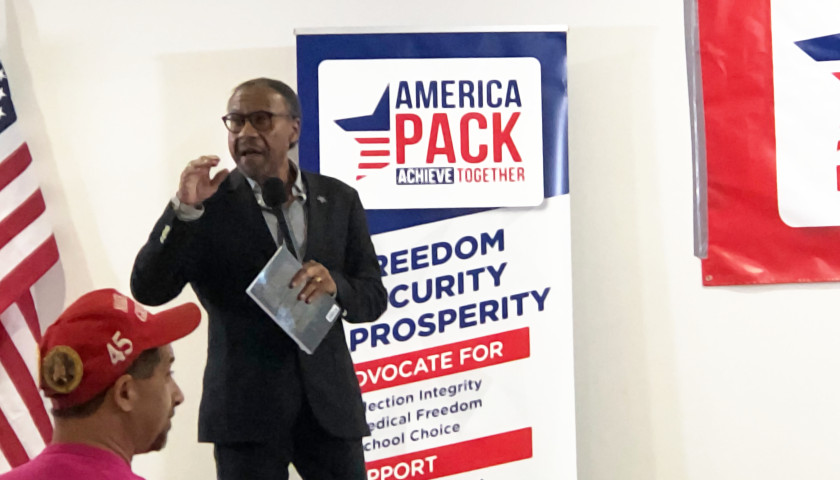 Petersen also vowed that the legislature would be more conservative in 2023. He said, unlike this year, Republican platform bills will be passed into law. This year, Bowers in the House and State Sen. Paul Boyer (R-Glendale) single-handedly held up many conservative bills in their respective chambers. Boyers decided not to run for reelection after he saw polls that showed he would be defeated by angry conservatives in his district.

Gowan was one of the main Republicans responsible for pushing through $150 million tax breaks for Hollywood producers who film movies in Arizona. He also tried to get three other bills passed that State Representative Travis Grantham (R-Gilbert) referred to as “fat, bloated and in some instances likely unconstitutional.” Gowan has a lifetime rating of 86 from the ACU. In contrast, Petersen has a 96.

Merissa Hamilton, the grassroots director for Freedomworks, gave the activists some guidance on how to be effective for the upcoming November 8 election. She said Arizona has “the most fired-up grassroots activists in the nation.” When she travels, people ask her about the Arizona Senate’s independent audit of the 2020 election and whether Bowers would be defeated in his election. She urged those present to contact their Republican legislators and tell them to support Chaplik and Petersen for leadership. 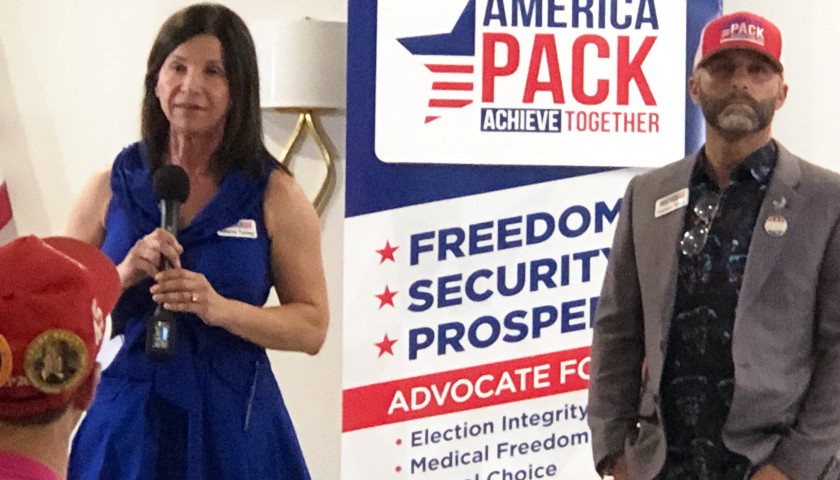 She said Gowan tried to stop a bill that would have allowed precinct committeemen to continue being elected, not appointed, and Toma did nothing to help the bill pass. Conservatives were furious when the original bill passed in March, changing the process from elections to appointments.

Hamilton suggested the attendees send 100 postcards to voters in their neighborhood, pointing out that California Democrats sent tens of thousands of postcards to Arizona voters recently trying to interfere in our elections. She urged people to get involved in the stakeholder process, reaching out to their legislators. “Build a one-on-one relationship to hold them accountable. They have lobbyists going in and out of their offices every day. The good ones don’t allow this.” She also advised attendees to sign up for the Request to Speak (RTS) system at the legislature and knock on doors.

Freedomworks recently launched Freedom Teams, which divides up grassroots projects by type. Hamilton congratulated America Pack on already having this format, which she said was the first in the country to set up. The audience was full of America Pack members wearing the organization’s red shirts, some identifying which team they were part of. Hamilton noted that this grassroots collaboration didn’t exist just two years ago in Arizona.

C.L. Bryant, a pastor and senior fellow with Freedomworks, gave a rousing speech that received a lengthy standing ovation afterward. The author of Race for Freedom, endorsed by Sean Hannity, discussed how the Left wants to shut people up about patriotism and keep them focused on slavery in the past. He quoted Jesus in Matthew 24 saying how the sign that his return is near will be deception. He said the difference between former President Donald Trump 19 months ago and what we have today is that people have “bought into the deception.” 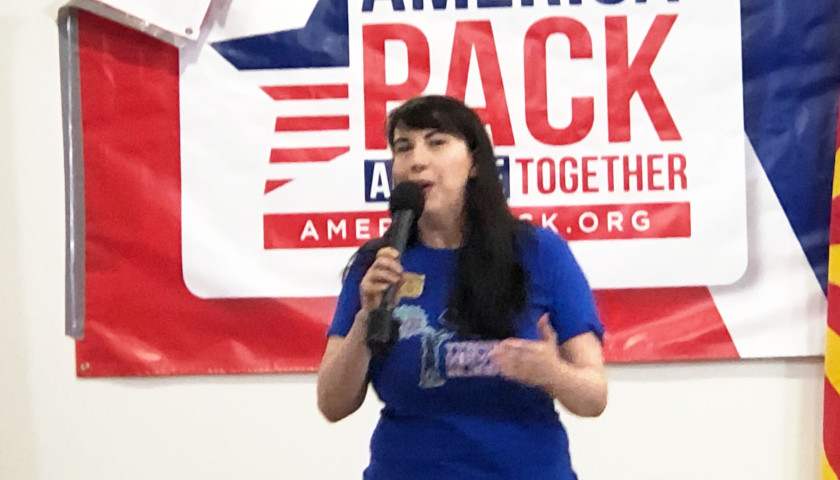 Bryant compared the acquiescence of society today to slaves. “The Democrats learned from slaves how to manipulate minds. The slave seeks comfort, not freedom.” He explained how people want their “Obamaphones.”

“They’ll trade their freedom for comfort,” he said. “What kind of opiate have they fed us that made us numb to the point of tyranny?”

He warned, “If America goes away, what’s left?”

He quoted Patrick Henry, “Is life so dear, or peace so sweet, as to be purchased at the price of chains and slavery? Forbid it, Almighty God! I know not what course others may take; but as for me, give me liberty or give me death!”

Bryant ended his speech condemning the “benevolent masters,” declaring, “We will not bow our knee before any man except our creator.”

He said, “They’re not after me, they’re after you, I’m just in the way. Look at what happened after they moved Trump out of the way.”

Rachel Alexander is a reporter at The Arizona Sun Times and The Star News Network. Follow Rachel on Twitter. Email tips to [email protected].