RICHMOND, Virginia – Governor Glenn Youngkin and First Lady Suzanne Youngkin made an unannounced appearance at the Virginia Board of Education meeting Wednesday, the first board meeting held with a majority of Youngkin-appointed members. The board is considering how to implement changes required by laws passed by the Virginia General Assembly while considering the administration’s priorities, including how to move forward with lab school expansion. 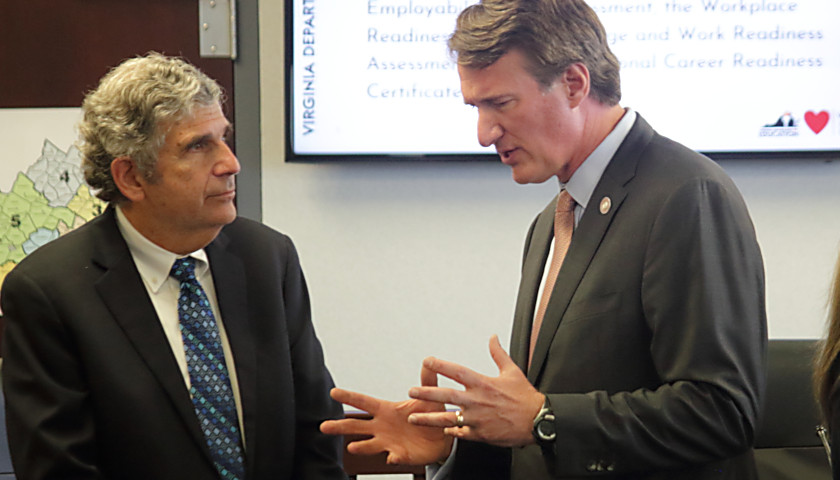 “We’ve accomplished a lot in the first seven months that I hope gives this group a great foundation. At the heart of it, the budget that I had the great privilege of signing this past June was exactly the budget that I think collectively, on a bipartisan basis, we hoped for in education. The largest education budget in the history of Virginia. An extraordinary investment in Virginia’s children. A 10 percent raise for teachers. A thousand-dollar bonus. A $1.25 billion dollar capital foundation that supports well over $3 billion of investments into our schools, into the facilities themselves,” Youngkin said in remarks delivered to the board.

“The historic investment into lab schools is something that we collectively will go on a journey together. This has generated such extraordinary excitement from all fronts – from students, to teachers, to school boards, to superintendents. By the way, universities, community colleges, centers for higher education, businesses, this is an all-in community partnership that is coming around this concept, this concept of simply innovating in our public schools,” he said.

The general assembly expanded the definition of lab schools in Virginia to include schools that are operated as partnerships with both public and private schools. Secretary of Education Aimee Guidera and House Education Chair Glenn Davis (R-Virginia Beach) emphasized that eligibility for private schools was also meant to include $100 million, but Virginia Education Association representative Chad Stewart told the board that guidelines stating that are mistaken.

“The state budget makes it clear that the expanded definition of lab schools in Virginia statute does not apply to the $100 million in grant funding being added to the fund,” Stewart said during the public comment period.

“We urge members of the board to wait for an updated corrected copy of the guidelines before receiving the documents for first review,” he said.

A letter from House Appropriations Chair Barry Knight (R-Virginia Beach) argues that the legislature intended to use the $100 million for the expanded definition of lab schools, but analysis by Division of Legislative Services lawyers argues that the budget language is more restrictive, according to letters acquired by VPM. 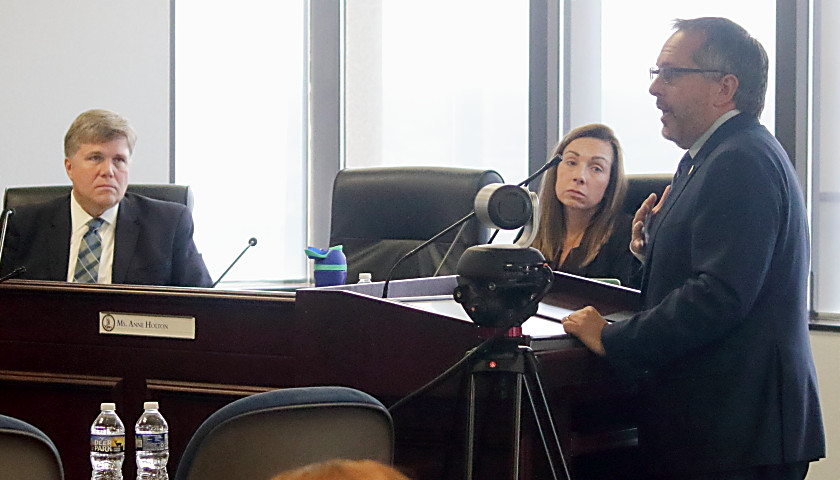 In his own public comments, Davis urged the board not to delay moving forward with the review process of the lab school guidelines.

“I know that there might be a single person’s opinion out there on language disparities, and I know that the chair of appropriations already opined that everything’s fine. But what I can tell you is all the language in the budget on lab schools passed in a bipartisan manner. And all of us knew what the intent of that language was. It was to provide the ability for four-year public and private institutions and community colleges as well to be able to work with our high schools to provide innovative opportunities for their students,” he said.

“If for any reason a technical amendment needs to be made to further clarify what we already passed and intended, the general assembly is happy to do so. But the most important thing is to continue moving this forward as fast as possible to not lose any of the momentum, excitement, and most importantly, not let any more kids fall through the cracks,” Davis said.

During a presentation later in the meeting, after Youngkin’s remarks, Guidera highlighted high interest in lab schools and reiterated Davis’ commitment to dealing with technical issues that might be present.

“But at this moment, all recommendations from every expert that we have talked to says to continue to move forward and to keep this process going so that we can meet the demand that exists out there,” she told the board.

Board President Daniel Gecker told the board that after consulting with legal counsel, he was convinced that the broader definition applied to the funding.

The board voted unanimously to adopt the guidelines.

Afterward, Guidera told The Virginia Star, “This is exactly what we hoped would happen, is that the planning guidelines and the planning grants were approved to move forward.”

She said there will be a 30-day public comment period and the applications and guidelines would be published so that interested parties can start working on planning grants.

“It was a great day today, and then we’ll come back next month to the board and have more conversation about the next two grants, which are the startup grants and the guidelines, and then the operating grants – the per-pupil expenditure,” she said.