U.S. Senator Marsha Blackburn (R-TN), a member of the Senate Armed Services Committee, arrived in Taiwan, according to a statement her office released on Thursday. 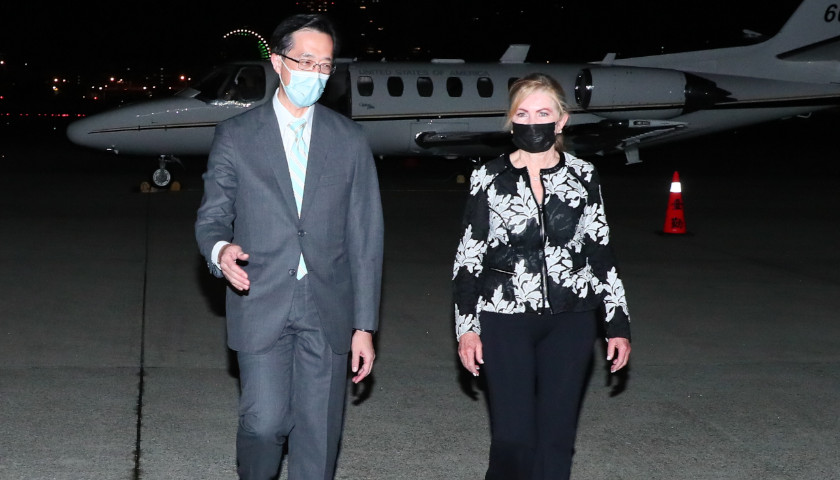 Senator Blackburn’s visit comes as part of an Asia tour that included stops in Pacific Island countries such as Fiji, the Solomon Islands, and Papua New Guinea.

“Taiwan is our strongest partner in the Indo-Pacific Region. Regular high-level visits to Taipei are long-standing U.S. policy. I will not be bullied by Communist China into turning my back on the island,” Senator Blackburn said. “During my visit to Taiwan, I look forward to hearing directly from the nation’s leadership about their needs and how we can support freedom for the Taiwanese people. I look forward to meeting with leaders in Taipei to advance and strengthen our partnerships.”

After visiting with leaders in Fiji, the Solomon Islands, and Papua New Guinea, Blackburn said in a separate statement, “The Indo-Pacific Region is the next frontier for the New Axis of Evil. Meeting with leaders from Fiji, the Solomon Islands, and Papua New Guinea was an important step in showcasing America’s commitment to the region and expanding our strategic relationships. Continuing these long-established partnerships is important to the success of both East Asian nations and the United States. I am grateful for their leadership. We must stand against the Chinese Communist Party. In Washington, I’ve introduced legislation to permanently expand our diplomatic footprint in the area.”

In late July, Blackburn announced that she had teamed up with U.S. Senator Rick Scott (R-FL) and U.S. Representative Michelle Steel (R-CA-48) to introduce the Taiwan Democracy Defense Lend-Lease Act. That legislation supports the United States’ partnership with Taiwan by authorizing a defense lend-or-lease program with the Government of Taiwan.

“Taiwan is our greatest partner in the Indo-Pacific region, and their continued sovereignty is essential to challenging the New Axis of Evil,” the senator said in late July. “I am leading the effort alongside Representative Steel to empower our partner in their defense of Democracy. Taiwan should know that the United States will support them with defense supplies – including weapons and machinery – regardless of what the Chinese Communist Party says. Our legislation will proactively strategize U.S. defense policy in support of the Taiwanese people amid growing threats from Beijing.”