German-owned Politico reported that Meacham helped President Joe Biden “frame” his now infamously divisive “speech from hell” delivered in Philadelphia last week in which he attacked the 74 million Americans who voted for former President Donald Trump as a “threat to American democracy.” 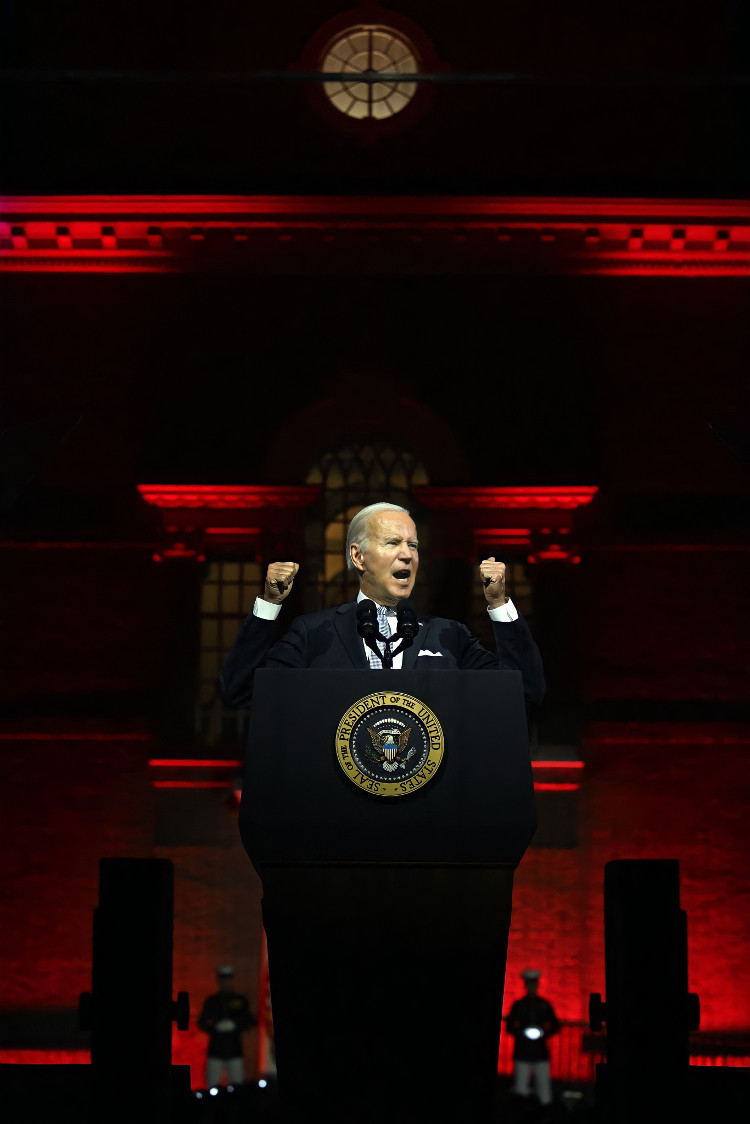 The Tennessee Star asked Meacham on Monday, through his representatives, to confirm or deny that he helped write Biden’s now infamous Philadelphia speech, but he has not responded.

Meacham has written several biographies of American presidents, holds the Carolyn T. and Robert M. Rogers Chair in American Presidency at Vanderbilt University and is co-chair of the Vanderbilt Project on Unity and American Democracy.

UT’s Institute for American Civics was established by an act passed by the Tennessee General Assembly and signed into law by Governor Bill Lee (R-TN) earlier this year. Lee proposed the establishment of the Institute during his State of the State address in January of this year. At a signing ceremony for enabling the law in May, Lee stated, “This is an effort that I think is going to be a model for the country. It’s a great opportunity for our students to have access to an education that will provide us insight into the ideas and the institutions that make Tennessee great, that make America great.”

[UT President] Boyd, with input from Lee and other legislative leaders, will create a 13-member board to search for and advise the director of the institute.

“The good news is there are a lot of incredible possibilities, but it’s going to make it really difficult to decide who (is on the board),” Boyd said. “But I can guarantee that we’re going to have an incredible Board of Fellows.” …

UT anticipates hiring 56 people to support the institute. . . The bulk of the $6 million comes from salaries and benefits for the new employees, making up about $3.2 million of the total. In the fiscal documents outlining how the institute will operate, the director’s annual salary is listed at $200,000 a year, plus benefits, though that could be higher or lower depending on the candidate.

The Tennessee General Assembly appropriated $6 million in FY 2022-2023 – and $4 million annually thereafter – to establish the Institute as part of the Howard Baker Center for Public Policy at the University of Tennessee at Knoxville.

According to the 16-page document released by the Howard Baker Center’s leadership last Wednesday, the purpose of the Institute, as identified in the enabling legislation, is to:

Meacham is one of 13 members of the Institute’s Board of Fellows. The other board members are:

Former Governor Haslam, Meacham, and Samar Ali (who is not on the Institute’s Board of Fellows) serve as co-chairs of the Vanderbilt Project on Unity and American Democracy. One seasoned Tennessee political veteran told The Star this unusual cross-pollination of leadership between the Vanderbilt project and the taxpayer-funded UT Institute suggests that the philosophy of the private university’s project may already have infected the UT project.

“I guarantee you the Tennessee Republican state legislators who voted to spend the money had no idea that they would be funding the author of Biden’s totalitarian Philadelphia speech, but that’s exactly what happened. Your tax dollars at work,” the political veteran said.

In an email sent on Monday, The Star asked UT President Randy Boyd to explain why he named a divisive partisan like Meacham to the board of an institute designed to promote bipartisan understanding and cooperation. As of press time Boyd has not responded.

The Star posed the same question to Gov. Lee. As of press time, Lee has not responded.

Several Tennessee state legislators with whom The Star spoke on Monday expressed shock that Meacham had been named to the Institute’s Board of Fellows.

In addition, one influential Tennessee grassroots leader was astonished at the appointment.

“Any attempt to appoint conservative authors to a similar board in, oh, say, California or New York, would be met with desperate shrieks of condemnation by Democrats. Can you imagine Kathy “get out of New York” Hochul’s reaction? Just a brief look at Jon Meacham’s Twitter account @jmeacham shows that he regards the 60 percent of Tennessee voters who cast a vote for Trump to be violent Neanderthals who must be closely monitored by the federal government,” Nashville Tea Party founder and president Ben Cunningham told The Star. 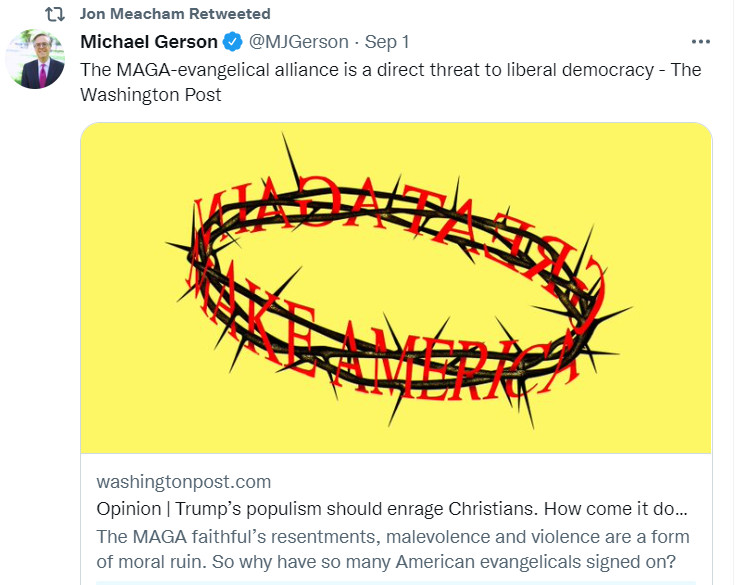 “He recently retweeted a [Washington Post] op-ed: The MAGA-evangelical alliance is a direct threat to liberal democracy,” Cunningham added.