NASHVILLE, Tennessee- When I was invited to attend a reception that celebrated one of King Charles’ charities, The Unity of Faiths Foundation, (TUFF) who are co-organizers of The Road to Nashville songwriting contest, I knew it was going to be a spectacular event. 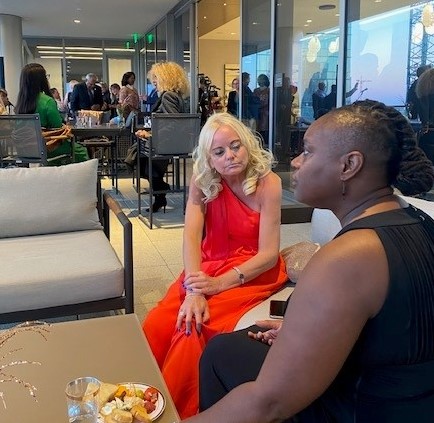 The Road to Nashville: Liverpool International Song Contest (TRTN) announced its winner after the final live performances were presented at the renowned EXIT/IN on John Lennon’s birthday, Sunday, October 9. Hosted by the BBC’s Claire Simmo and live streamed by Music Crowns, The Road to Nashville finale was judged by a panel of legendary music industry representatives, who, after much deliberation, crowned Edi Callier as the winner of the global mental health program.

Out of over 21,400 songwriters from 31 countries, Callier wowed the judges with his original song, “Alone,” which included moving lines such as, “I need someone to come and hold this heartbroken man, I need trust in an uncharted land. Oh, someone please help me to understand why I feel so alone again.”

“It means so much to me to be able to be a part of The Road to Nashville, especially because it’s something bigger than just me and more than what the song meant when I put pen to pad,” said Callier. “Now, my song is in a place where it can actually do some good. I’m not used to winning yet, and so this is a new, wonderful feeling. It’s pretty great.”

“We have made history with these eleven finalists who were chosen from among 31 countries. All incredibly talented, but what a fantastic winner we have in Edi Callier, especially after he lost his loved one,” said Dr. Shamender Talwar and Daniel Xander, trustees of TUFF. “Very proud to say The Road To Nashville global mental health project from Liverpool, UK has become the largest songwriting contest in the world.”

Flying in from Los Angeles, California, Edi Callier is a recording artist, singer, songwriter, multi-instrumentalist, and producer originally from Portland, Oregon. Inspired by the likes of Prince, Michael Jackson, Stevie Wonder, EWF, Aerosmith, and Nirvana, Callier’s roots playing and singing alongside his father in the church at a young age led him to the city of Atlanta where he rapidly made a name for himself. He built a following through his genre-bending brand of music, commanding stage presence, extraordinary musicianship, and distinguishably smooth yet passionate vocals. A former contestant on FOX Television’s The Four, Edi Callier, and his music can best be described as an eclectic blend of soul, funk, rock, pop, R&B, and jazz with an international flair.

“I am thrilled to have served as a judge for the finale of The Road To Nashville with other music industry powerhouses. I was truly impressed by the raw talent the contestants brought to this competition, as well as the genuine comradery displayed backstage,” said Pamela Lewis FRSA, Founder of PLA Media. “Edi wrote a phenomenal song that touched us all, and we were happy to present him with the Mic of Unity to honor his accomplishment.” 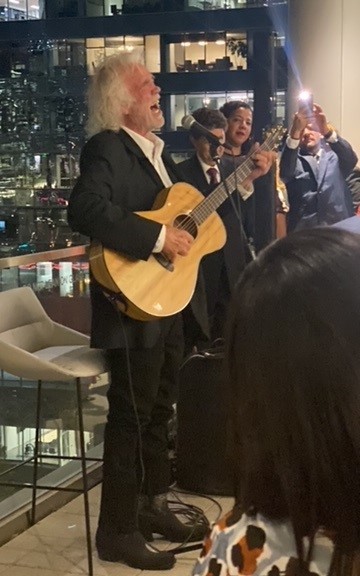 Throughout the process, The Unity of Faiths Foundation (TUFF), co-organizers of The Road to Nashville, worked to connect artists worldwide with the mental health services they need.  TUFF is providing continued access to complimentary counseling services for the 3,600 participants who opted into the free program.

At the reception on October 10 at the British Consulate in Nashville, they honored the late Queen Elizabeth II by serving a variety of Her Majesty’s favorite foods which included cucumber sandwiches, mango truffles, and her favorite aperitif of vermouth and gin. Besides the honored finalists, many of the sponsors of TRTN were in attendance as were several of the judges, Nashville’s deputy mayor, Brenda Haywood, and a handful of music executives.

Judge Gary Morris gave us a stunning rendition of his much-loved song, “Wind Beneath My Wings” and then Edi Callier wowed the crowd with his acoustic, award-winning song, “Alone.”

This event addresses two issues very close to my heart, songwriting, and mental health awareness. I was delighted to celebrate with all those in attendance.

Help us keep the road to recovery going! Donate to The Road To Nashville – Liverpool International Song Contest, click here.